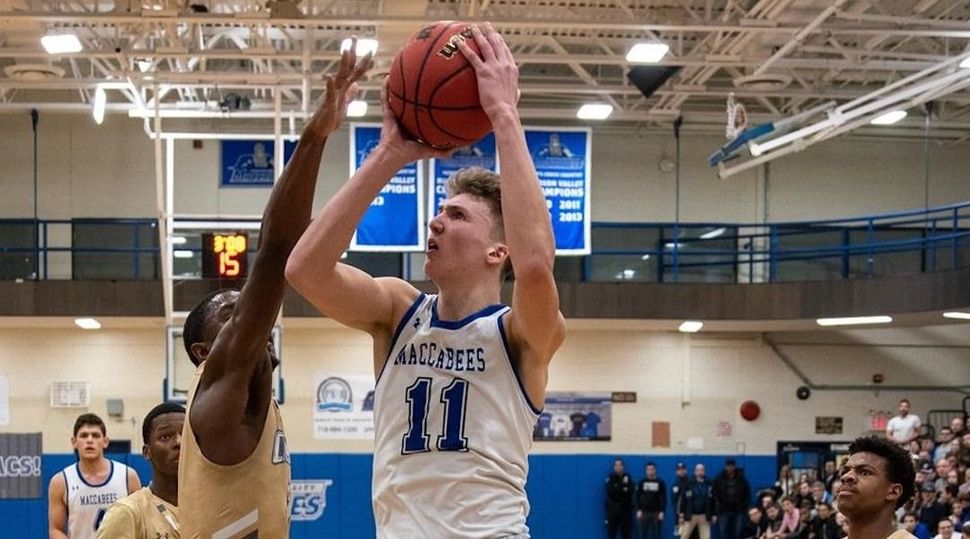 (JTA) — (New York Jewish Week via JTA) — The Yeshiva University men’s basketball team is on a 44-game winning streak that dates back to 2019. Now, just in time for Hanukkah, the Y.U. Maccabees are finally getting some official recognition.

A poll of the top teams in Division III men’s college basketball placed the Macs first — well ahead of their competitors, with 13 first-place votes. It’s the first time in the Orthodox Jewish school’s history that it’s topped the poll, which was published Monday by D3Hoops.com.

The number-one ranking doesn’t mean that Y.U. is about to go up against powerhouses like Duke or Gonzaga. Those schools, and others with large athletics programs and coveted basketball scholarships, play in Division I of the NCAA. Yeshiva University plays in Division III, which includes smaller schools with more modest basketball programs.

That hasn’t stopped the Macs from drawing attention to a school that’s better known for producing rabbis than power forwards. The team boasts the longest win streak of any school in any division, which they extended on Sunday with a comeback win over Manhattanville College. The Macs’ star guard Ryan Turell, a senior, took an accolade of his own home on Tuesday, when he was named Division III National Player of the Week by the U.S. Basketball Writers Association.

Turell leads the team with 28.6 points per game. In Sunday’s win, he scored 51 of the team’s 78 points, an all-time high for Yeshiva. The team record for most points in a game was previously set in 1964 by Sheldon Rokach, who scored 48 in a game, according to D3Hoops.

“It’s November and we are just trying to get better everyday,” Yeshiva Head Coach Elliot Steinmetz said in a press release. “There are a lot of great teams out there and we hope we are good enough to compete with them when it matters in a couple of months.”

Steinmetz was probably referring to the NCAA tournament that pits the division’s best teams against each other — and that Y.U. hopes to win. In 2020, the team made it to the tournament’s Sweet 16 before it was cancelled due to the pandemic.

—
The post 44 games into its winning streak, Yeshiva U’s basketball team is now No. 1 in its division appeared first on Jewish Telegraphic Agency.