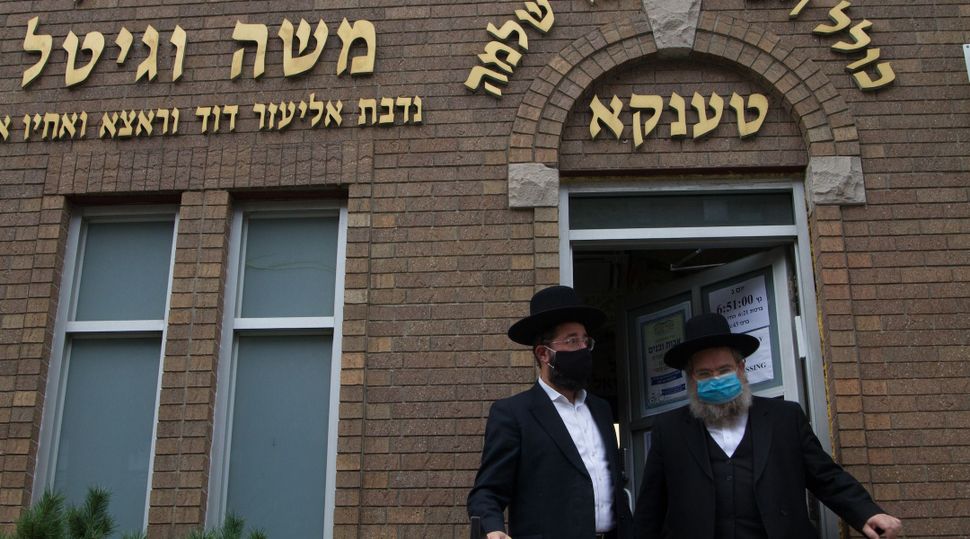 Mayor Bill de Blasio had previously announced a vaccination requirement for public school employees in October of this year — and more than 95% of employees have gotten the shot, although some Jewish teachers applied for religious exemptions anyway.

Rabbi David Zweibel, executive vice president of Agudath Israel America and chairman of a city coalition of religious and independent school officials, urged the city to reconsider the mandate.

“While we support and generally encourage Covid vaccination in our schools, and while in fact a large majority of our schools’ employees are so vaccinated, most of our schools do not insist upon such vaccination as a condition of employment,” Zweibel wrote in a letter to de Blasio and Dr. Dave Chokshi, commissioner of the New York City Department of Health and Mental Hygiene.

The letter insists that the impact of the mandate “could be devastating to our schools and the children they serve” and “some schools may even be forced to close.”

The letter supports the city’s goal of enhancing COVID protections but resists a government mandate because non-vaccinated employees at private schools wouldn’t necessarily have the option to leave with paid health insurance or to be put in a non-child facing position. Many private schools don’t have the funding nor the resources to find quality substitute teachers either, the letter explains.

The city has not announced how it will enforce the mandate. Proof of at least one shot of the vaccine is required by December 20.

Richard Gottfried, the Jewish chair of the health committee in the New York State Assembly, supports the mandate. “It is critical for all, especially those who work in public settings like our schools, to be fully vaccinated,” he told The New York Times.

Some haredi Orthodox neighborhoods in the city, including Borough Park and South Williamsburg, have among the lowest vaccination rates in the city. Health officials blame misinformation campaigns and unfounded fears that vaccines will cause fertility problems.