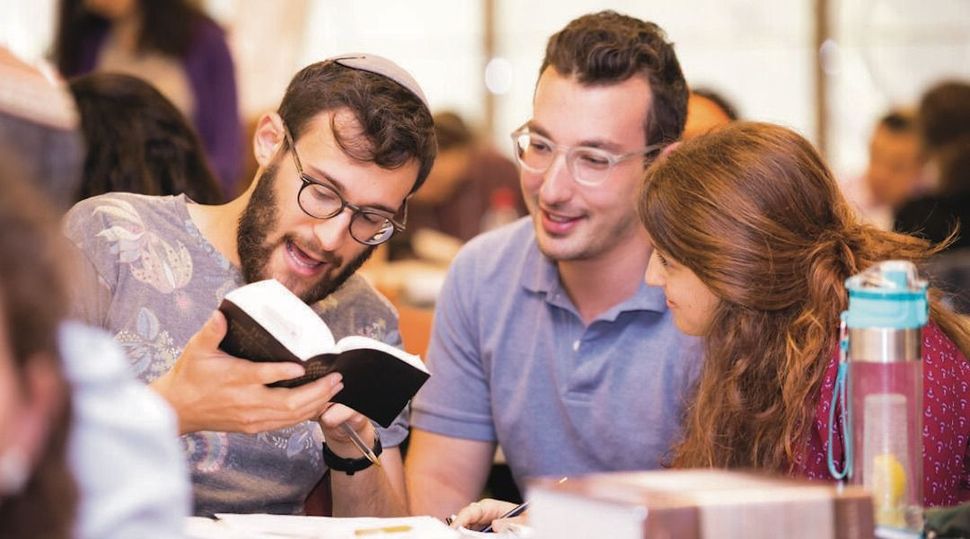 Hadar’s plans for Chicago include the development of local classes, much like the programming they began offering several years ago in Washington. (Courtesy of Hadar)

(JTA) — Programs of Jewish study that break with the gender-segregated traditions of the Orthodox yeshiva are coming to Chicago and Washington.

Hadar, the New York-based egalitarian yeshiva, announced Sunday that it would hire a full-time staffer to run classes in Chicago. And in Washington, D.C., Rabbi Shmuel Herzfeld, rabbi of the Modern Orthodox synagogue Ohev Sholom, announced he would leave his job to open a new Orthodox yeshiva for people of all backgrounds, genders and sexual orientations.

“Yeshivas are geared to people in the know. There’s a disconnect between yeshivot and people I want to reach,” Herzfeld told the Washington Post. “In 99 percent of Orthodox yeshivas, women aren’t welcome. Gay people and trans people aren’t welcome. The key way to shape the Jewish future is through study, and we’re not competitive at all. We’re losing people.”

The new learning centers follow a trend of proliferating non-denominational Torah study options, like Svara, an LGBT-focused beit midrash, or study house, based in Chicago, and Romemu Yeshiva in New York, which offeris traditional Torah study for lay people in environments that would have once been the sole province of Orthodox Jews.

The Pardes Institute of Jewish Studies, which launched in Jerusalem in 1972, and the Shalom Hartman Institute also offer high-level, yeshiva-style learning in mixed-gender classes.

Plans for the Washington, D.C. yeshiva, to be called Yeshivas Reb Elimelech, include a beit midrash and student dormitories located in one building. Herzfeld told the Washington Post he even hopes to offer ordination for some students.

Hadar’s plans for Chicago include the development of local classes, much like the programming they began offering several years ago in Washington. “In keeping with our strategic plan, Hadar is poised to expand our work nationally,” the Chicago job description reads.