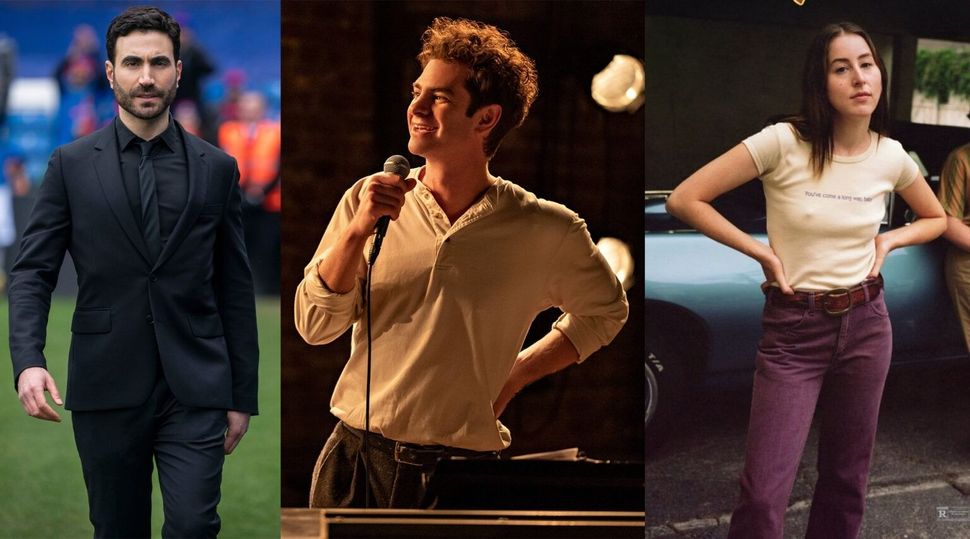 (JTA) — The Golden Globes won’t be televised, but there will be Jewish honorees — among them two directors at different stages of their directing careers.

After numerous controversies have rattled the Hollywood Foreign Press Association — from a “culture of corruption” to not a single Black member — NBC decided it will not be airing the annual film and television awards show this year, and its future is unclear. But the association went ahead with announcing nominations Monday and plans to name winners Jan. 9.

Here what you need to know about the Jewish nominees for the 2022 Golden Globes.

Two Jewish directors at different stages of their careers

“West Side Story” is the musical film based on the 1957 musical from Jewish creatives Jerome Robbins, Leonard Bernstein, Stephen Sondheim and Arthur Laurents. Originally conceived as “East Side Story,” a conflict between an Irish Catholic family and a Jewish family on the Lower East Side, the musical features a rivalry between a white gang, the Jets, and a Puerto Rican gang, the Sharks. Jewish Pulitzer Prize winner Tony Kushner adapted the screenplay for 2021.

Competing against Spielberg in the best director category is Maggie Gyllenhaal, for her directorial debut “The Lost Daughter,” an adaptation of the Elena Ferrante novel of the same name. (The novel was translated into English by Ferrante’s longtime collaborator, the Jewish translator Ann Goldstein.) Gyllenhaal, 44, is the daughter of filmmakers Stephen Gyllenhaal and Naomi Achs, and was born Margalit Gyllenhaal. While the majority of her career has been in acting — she’s been nominated for four Golden Globe acting awards — this film marks her transition into directing.

Andrew Garfield’s star turn as American Jewish composer and lyricist Jonathan Larson in “Tick, Tick … Boom!” earned him a nomination for best actor in a motion picture (musical or comedy). Garfield, 38, was raised in a British-American household and recently told an interviewer, “I identify more as Jewish than anything.” “Tick, Tick…Boom!” is also up for best motion picture (musical or comedy).

Also in the acting movie nominees is Alana Haim for her role in Paul Thomas Anderson’s “Licorice Pizza.” Haim, 29, is the youngest of the three sisters in the band Haim, and her role as Alana Kane is her first onscreen role. Anderson had directed Haim and her sisters in music videos, and reached out to her in 2019 with a script for his ninth feature film.

The other Jewish nominees in the movie categories include Aaron Sorkin, for his screenplay for “Being the Ricardos,” and Hans Zimmer, for his score for “Dune.”

The Jewish stars of “Ted Lasso” and “Hacks” get the nod

British Jewish actor and writer Brett Goldstein earned his first-ever Golden Globe nomination for his role as the gruff player-turned-coach Roy Kent in “Ted Lasso,” the feel-good comedy from Apple TV+. Goldstein, 41, mdelivered a memorable speech when he won an Emmy for the role in SEptember. He’s competing for the title of best supporting actor on TV.

Also making her Golden Globes debut is breakout Jewish comedian Hannah Einbinder, nominated for her role in “Hacks.” Einbinder is competing against her costar, Jean Smart. Einbinder told Alma, “As a comedian, I really crave the ability to be sincere in my art form, and acting — especially in a dark comedy, the way that this is — and having those darker, more sincere moments is a form of self-expression that I didn’t know I needed, but I do.”

Einbinder is competing against fellow Jewish actress **Tracee Ellis Ross **for her role in “black-ish.” This is the second Golden Globe nomination for Ross — she won in 2017 for the same role in the same category.