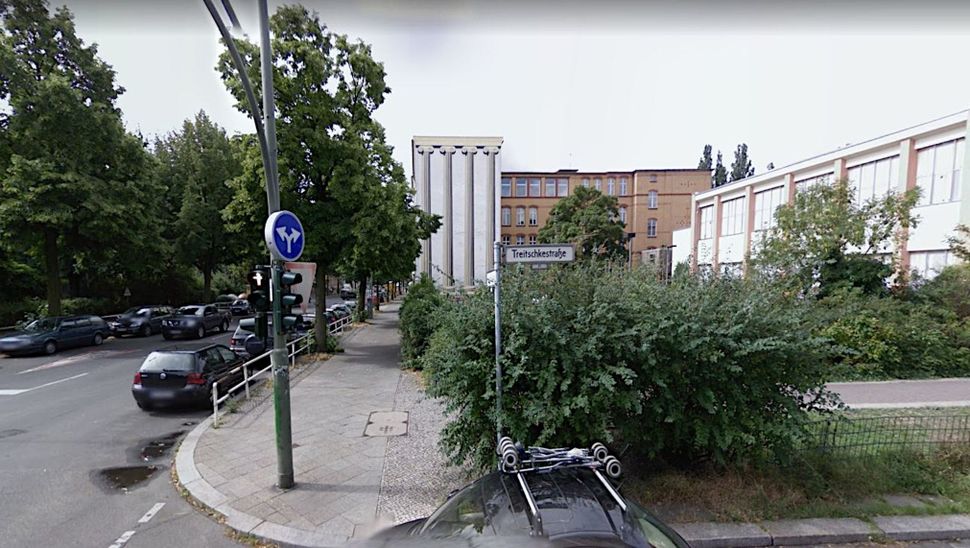 (JTA) — The 19th-century German historian who coined the phrase, later popularized by the Nazis, “the Jews are our misfortune” has a street named for him in Berlin. So does a 15th-century official who supported a murderous purge of Jews from his region, and a competitive athlete who was a darling of the Nazi regime.

In all, at least 290 streets or squares in Berlin are named for people who espoused antisemitic views, according to a new analysis conducted by the city’s commissioner in charge of fighting antisemitism.

Samuel Salzborn, a scholar of political science who was appointed to the commissioner role last year, is not calling for the names of the streets to be changed. Instead, he told the German broadcaster RBB that his office initiated the study to “create a systematic basis for an important social discussion.”

That discussion includes how to reckon with the fact that antisemitism was a mainstream view for centuries in Germany, meaning that many people who made significant contributions to the broader society may have expressed antisemitic views. For example, Martin Luther, the 16th-century German theologian who initiated Protestantism, called to persecute and banish Jews. Martinlutherstrasse runs through a trendy area of Berlin.

The report notes several streets that are named for people who became active in the Resistance to the Nazi regime but previously expressed antisemitic views.

A prominent example is Martin Niemöller, a pastor who opposed Nazism and in 1946 wrote the famous poem “First They Came,” which lists many victims of Nazism and decries the silence of other Germans about the persecution. Pastor-Niemöller-Platz, a public square and subway station in the northern part of Berlin, honors him.

But Niemöller expressed antisemitic views, accusing Jews of deicide. Harold Marcuse, a professor of modern German history at the University of California, Santa Barbara, in 2003 wrote that Niemöller “was certainly a racist antisemite.” Niemöller, who was eventually imprisoned with Jewish inmates by the Nazis for opposing them, in 1963 acknowledged his antisemitism and apologized for it. He died in 1984 at the age of 92.

Other people whose names can be found on streets in Berlin, which has 4,000 roads in total, have more clear-cut track records. Otto Dibelius, a bishop who died in 1967 and before the rise of Nazism had written about the “solution” to the “Jewish Problem,” has a two-block street named for him. Dibelius’ proposal was to stop immigration by Jews and wait for the number of German Jews to plummet.

Meanwhile, a four-block street named for Heinrich von Treitschke, who coined the phrase “the Jews are our misfortune,” ends at a mall that includes a Zara clothing store.

The study’s author, a political scientist named Felix Sassmannshausen, suggested that renaming might be appropriate in some cases. In others, he said, adding a plaque or some other marker of the street’s namesake’s antisemitic history might be a good step.