A federal judge on Thursday overturned Purdue Pharma’s $4.5 billion opioid settlement, which had shielded members of the Sackler family who own the company from future lawsuits related to the epidemic.

U.S. District Judge Colleen McMahon in New York wrote in a 142-page opinion that the settlement that granted immunity to the Sacklers was “inconsistent” with the U.S. Bankruptcy code because they did not personally file for bankruptcy. The company soon after announced that it would appeal the decision.

Attorney General Merrick Garland and attorneys general from nine states had argued against the settlement. “The bankruptcy court did not have the authority to deprive victims of the opioid crisis of their right to sue the Sackler family,” Garland said in a statement.

In 1952, Arthur, Mortimer and Raymond Sackler, the sons of Jewish immigrant grocers in Brooklyn, bought a small drug company that produced laxatives and turned it into a medical empire. Purdue Pharma makes the highly addictive drug OxyContin, implicated in the deaths of more than 500,000 in the U.S. since the 1990s. Arthur Sackler sold his shares in the company before it began to sell OxyContin. His descendants were not part of the litigation.

The Sacklers are also philanthropists who have made significant donations to universities and museums.

Earlier this month, the Metropolitan Museum of Art dropped the family’s name from seven exhibitions, following institutions such as Tufts University, the Louvre and the Tate Modern.

But Eliyahu Schusterman, a Chabad rabbi in Atlanta who founded Jeff’s Place, a support group that aims to reduce the stigma of addiction in the Jewish community, said that campaigns to scrap the Sackler name from institutions obscure underlying factors that contribute to the opioid crisis, including income inequality.

“Removing people’s names is a feel-good way to not have to look at the actual problem. It may be the right thing to do, it may not be, but that’s not where the problem is,” he said.

In 2007, Purdue and three top executives pleaded guilty to federal criminal and civil charges related to the marketing of OxyContin, paying more than $600 million. Between 2008 and 2018, as the opioid epidemic surged, the Sacklers withdrew more than $10 billion from Purdue, “concerned about how their personal financial situation might be affected,” McMahon wrote. As a result of these withdrawals, Purdue was forced to file for bankruptcy by 2019.

But to settle thousands of lawsuits and emerge from bankruptcy, the company needed money from the Sacklers, who agreed to give it — so long as they received immunity from civil opioid-related cases.

Supporters of the settlement — which would route billions of dollars to opioid recovery programs and get the Sacklers out of the opioid business — have warned that overturning it may open the door to a flurry of costly and futile litigation.

“These funds are needed now more than ever as overdose rates hit record-highs, and we are confident that we can successfully appeal this decision and deliver desperately needed funds to the communities and individuals suffering in the midst of this crisis,” Steve Miller, chairman of the Purdue Pharma board of directors, said in a statement. 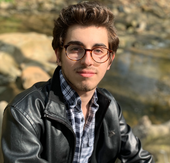 The Sacklers just lost their protection from opioid lawsuits