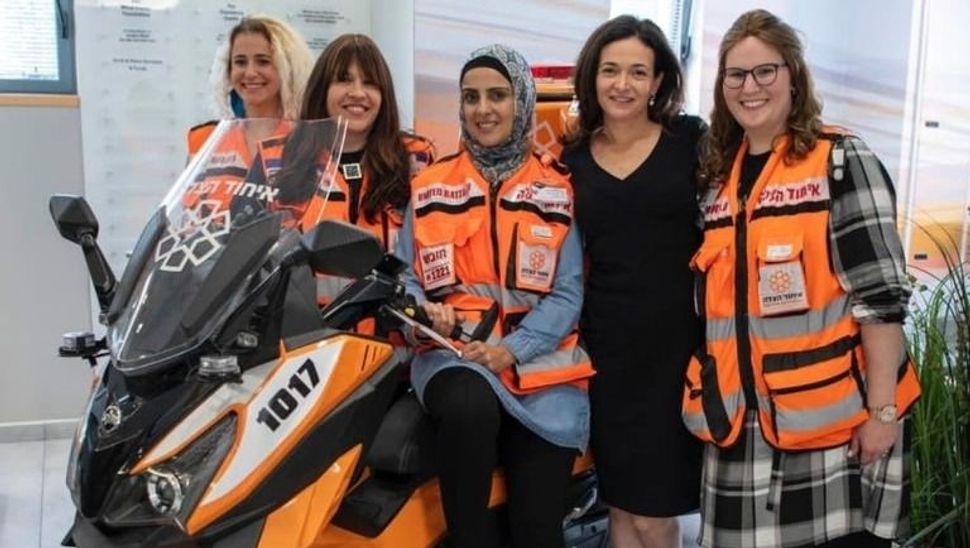 Sandberg gave United Hatzalah, the Jerusalem-based volunteer first responder organization, $5 million in honor of her parents at a Miami fundraiser on Tuesday.

The money will go toward United Hatzalah’s women’s unit in Israel, which will now be named the Adele and Dr. Joel Sandberg Women’s Unit. A spokesman for the organization said Sandberg and her parents were impressed with the unit when they visited Israel two years ago. Her parents are major donors to the group.

The gala, where Adele and Joel Sandberg were honored and Sheryl Sandberg delivered the keynote speech, brought in a total of $18 million.

As Facebook’s COO, Sandberg rose to prominence in 2013 with a tract on feminism and capitalism, “Lean In: Women, Work, and the Will to Lead.”

The social media executive has become more involved in Jewish causes in recent years and donated $2.5 million to the Anti-Defamation League to support anti-hate programs in the United States and Europe in 2019. That donation was also made in her parents’ name.

More recently, Meta  has come under fire from the ADL and others for looking the other way as extremists used Facebook to broadcast false information and incitement.