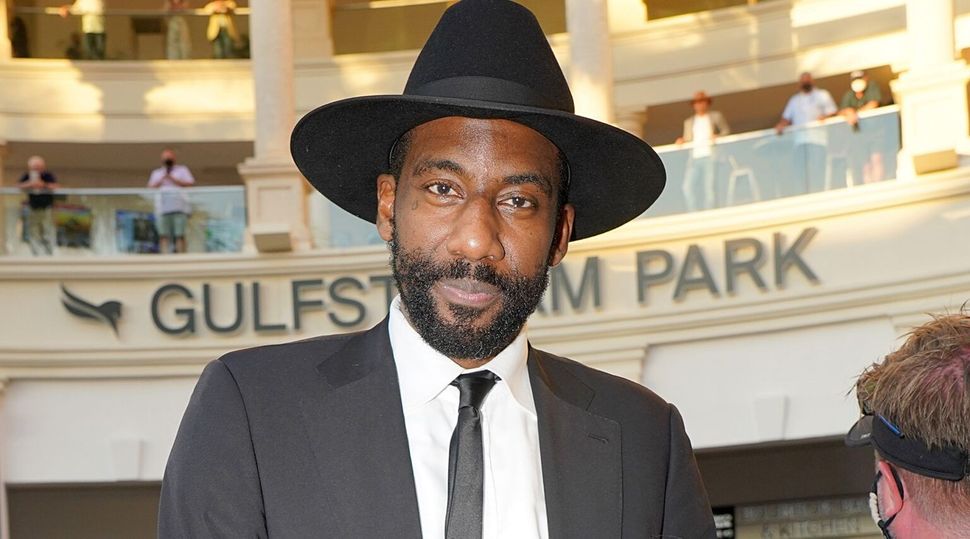 “Shidduch” dating, or dates set up by a matchmaker, is a common way for Orthodox Jews to meet their future spouses. Stoudemire, who has played for the New York Knicks and Phoenix Suns, converted to Judaism while living in Israel in August 2020.

From 2016 to 2019, he played for the Israeli team Hapoel Jerusalem and later for Maccabi Tel Aviv. He remains a part owner of the Jerusalem team. He has since moved back to the United States and lives in Brooklyn.

Stoudemire opened up about his search for a partner in an Instagram live chat on Dec. 16, saying he valued “honesty” and that “I love to receive love through affection and honesty,” according to the Algemeiner. The former NBA player even gave out his email address so followers could send him suggestions. He and his former wife Alexis Welch divorced in April.

Asked if he would date someone who was not Jewish, he replied, “It would make life easier, because she will understand me a little better.”

Stoudemire’s journey from the NBA to Orthodox Judaism was the subject of a recent episode of HBO’s “Real Sports with Bryant Gumbel.”

“It’s just been like a quest for searching for emet, searching for truth,” Stoudemire said in the episode. He added: “I’m for sure a different person than I was before.”

—
The post Amar’e Stoudemire says he’s ready for a ‘shidduch’ and to remarry appeared first on Jewish Telegraphic Agency.