Deborah Lipstadt may be asked to apologize to Republican senator before confirmation as antisemitism envoy, per report 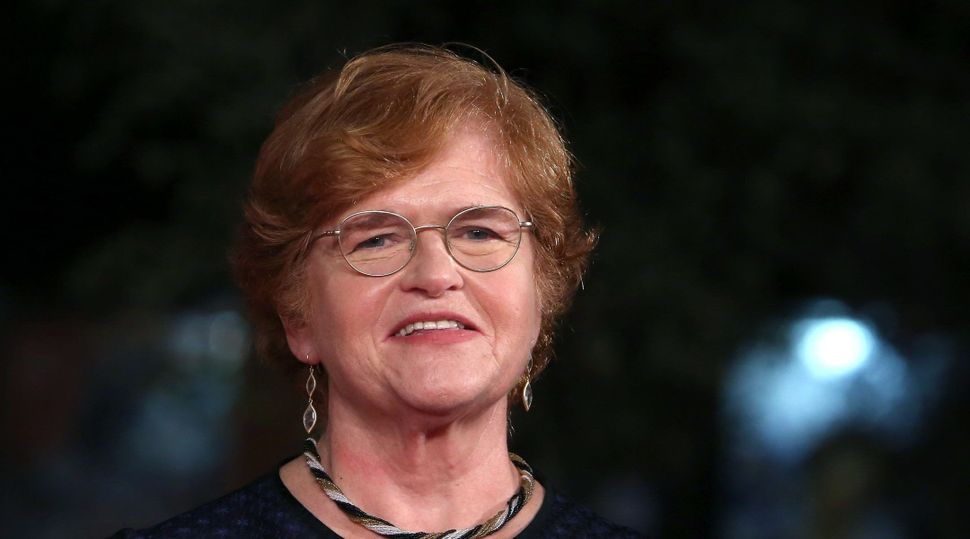 Deborah Lipstadt walks a red carpet for ‘Denial’ during the 11th Rome Film Festival at Auditorium Parco Della Musica in Rome on October 17, 2016. (Elisabetta A. Villa/WireImage)

(JTA) — In his Rosh Hashana call with Jewish leaders last year, President Joe Biden called for a “swift confirmation” for Deborah Lipstadt, his pick to serve as the State Department’s antisemitism envoy.

But despite Biden’s formal nomination of Lipstadt last July, Lipstadt has yet to be confirmed by the Senate.

According to a New York Times report, Lipstadt may be asked to apologize to a Republican senator for a tweet in which she accused him of white supremacy before Republican members of Congress will agree to confirm the noted historian of the Holocaust.

On March 14, 2021, Lipstadt tweeted an article about a statement by Republican Senator Ron Johnson in which he said he would have been more concerned by the events of Jan. 6, 2021 had the rioters been “Black Lives Matter and antifa protesters” instead of Trump supporters. Lipstadt tweeted the article, saying “This is white supremacy/nationalism. Pure and simple.”

Other Republican lawmakers have faulted her for appearing in an ad during the 2020 presidential race likening former President Donald Trump’s rhetoric to those of the Nazis in the 1930s, before the Holocaust.

Speaking to CNN in December, Senator Bob Menendez, the Democrat who chairs the Senate Foreign Relations Committee which would move Lipstadt’s nomination forward, balked at the notion that Lipstadt’s tweet should be an obstacle to her confirmation.

Lipstadt would be the first antisemitism envoy to be confirmed by the Senate after Biden raised the post to the level of ambassador, which requires Senate approval.

—
The post Deborah Lipstadt may be asked to apologize to Republican senator before confirmation as antisemitism envoy, per report appeared first on Jewish Telegraphic Agency.

Deborah Lipstadt may be asked to apologize to Republican senator before confirmation as antisemitism envoy, per report