A Jewish guide to the 2022 Australian Open 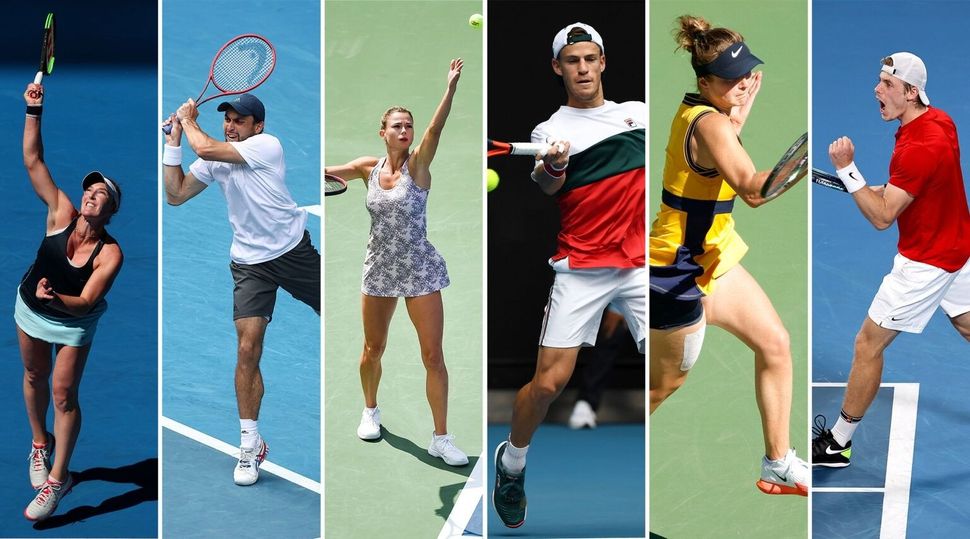 (JTA) — The Novak Djokovic COVID scandal may be stealing the headlines ahead of the Australian Open, which starts next week, but there are several Jewish players looking to win big at the year’s first Grand Slam.

Diego Schwartzman, seeded no. 13, is looking to make it past the fourth round of the Australian Open for the first time in his career. Last year, he lost in a surprising upset in the third round to Aslan Karatsev (more on him below). Schwartzman is coming off a strong showing at the start of the season: He notched his first win ever against a top 5 player on hard courts, beating Stefanos Tsitsipas 6-7(5), 6-3, 6-3). He has a tough draw, however: He could face American John Isner in the third round (Isner has won their only meeting), and no. 2 seed Daniil Medevev in the fourth round (Medevedev has won all six of their match-ups). Still, I have faith — Schwartzman has taken down bigger players before.

**Will Denis Shapovalov ride the wave of his recent success? **

Denis Shapovalov is also coming in strong — with his fellow Canadian Félix Auger-Alissime, he helped Canada win the 2022 ATP Cup, defeating Spain in the finals. Shapovalov, seeded no. 14, was born in Tel Aviv to a Ukrainian Jewish mom and Russian Orthodox Christian dad, and he often wears a cross when he plays. But his mom (who is also his coach) considers him Jewish. Though he was born in Israel, his family moved to Canada before his first birthday. Last year, he only made it to the third round of the Australian Open.

**Can Aslan Karatsev recreate the magic of last year? **

At the 2021 Australian Open, Russian-Israeli Aslan Karatsev had a historic run. For Karatsev, who has Jewish heritage and lived in Israel for nearly a decade, it was his first appearance in a Grand Slam tournament — he had to play in the preceding qualifying tournament just to make the draw. But he made it all the way to the semifinals before losing to eventual winner Novak Djokovic. His ranking rose from 253 to 15 last year. He’s seeded no. 18 this year, with a possible third round matchup against Rafael Nadal. Karatsev’s paternal grandfather is a Russian Jew, and still says Israel feels like home. He made aliyah when he was 3, speaks fluent Hebrew, holds Israeli citizenship, and his mom and sister still live in Holon, Israel.

**Does Elina have a path to victory? **OK, before we dive into Elina Svitolina: she has unconfirmed Jewish heritage. She’s Ukrainian, and many articles ID her parents as Jewish, but she has never commented on the issue. Make of that what you will (she’s Jew-ish?). The women’s field has been wide-open for the past few years, with many first-time Grand Slam winners. Will Svitolina add her name to that list this year? She’s seeded no. 15 at the Open, and is likely up against former world no. 1 and two-time Australian Open winner Victoria Azarenka in the third round.

Italian Jewish star Camila Giorgi made her professional debut on the women’s tour back in 2006 (at just 16!). She’s now set to play in her 10th Australian Open. She’s never made it past the third round before, but last year was a big year for Giorgi: She claimed her first WTA 1000 event, winning the 2021 Canada Masters. Seeded no. 30 and likely has a tough third-round match-up, set to face world no. 1 Ash Barty. But let’s end with a fun fact about the Jewish athlete: Her favorite book is “The Diary of Anne Frank.” Yes, really.

Unseeded American Madison Brengle is ranked no. 59 in the world. The 35-year-old made it to the fourth round of the Australian Open back in 2015, and she has played in the tournament (either the main tournament or the qualifying rounds) since 2007. Hot damn. The Jewish player from Dover, Delaware, faces world no. 102, Ukrainian Dayana Yastremska, in her first round, and Brengle has won their only meeting. If she wins next week, she’s up against powerhouse Naomi Osaka, reigning Australian Open champ, in round 2. The last time Osaka and Brengle played was back in 2013, when Brengle won 6-2 6-2. Obviously, a lot has changed in the last nine years, but we never rule out a Jewish player pulling off a stunning upset.

Other tennis Jews of note

Did we miss any Jewish tennis players to watch? Let us know at *sports@jta.org *

—
The post A Jewish guide to the Australian Open appeared first on Jewish Telegraphic Agency.

A Jewish guide to the 2022 Australian Open