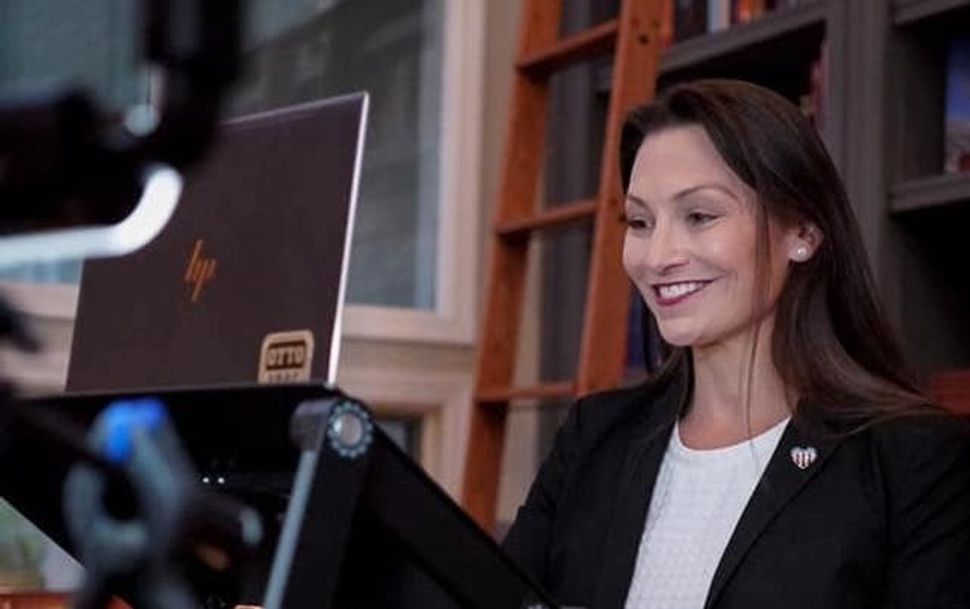 Nikki Fried, a Democratic candidate in the Florida governor’s race, doubled down on Sunday on her recent comparison of Ron DeSantis, a Republican, to Adolf Hitler.

In an interview with the Florida Roundup podcast on Friday, Fried, who is Jewish, suggested DeSantis is “trying to govern over the people” in the same way Hitler rose to power. She was referring to the governor’s plan to reinstate the Florida State Guard, a World War II-era civilian military force that served as a replacement to the National Guard who were deployed abroad.

“Are you comparing DeSantis to Hitler?” the host, Melissa Ross, asked Fried.

“In a lot of ways, yes,” she responded. “I have studied Hitler and how he got to power, you know, wanting his own militia.”

Fried, Florida’s agriculture commissioner, is the only Democrat holding statewide elected office and the first Jewish woman to win a statewide race in the history of Florida. She is one of five candidates in the Democratic primary who are seeking to unseat the first-term Republican governor.

A number of congressional candidates in key House races have drawn similar comparisons to the Holocaust era, invoking the Nazi atrocities in their campaign against mask and vaccine mandates. Rep. Marjorie Taylor Greene of Georgia sparked outrage last year when she called on “rational” Jewish people to back her claim that mask mandates are comparable to the Holocaust.

Randy Fine, the only Jewish Republican representative in the state legislature, said he was “repulsed” by Fried’s comments. “No governor has done more to help Jews in their state than Governor DeSantis,” he said on Twitter. Christina Pushaw, a DeSantis spokesperson, accused the media of not taking seriously Fried’s “dishonest and offensive claim that Gov. DeSantis is the modern Hitler.”

Fried doubled down on her comments in a tweet on Sunday. “Ron DeSantis and his anti-democratic demagoguery is a danger to our state, our country, and yes, the world,” she said. “Choose your own historical example if you want, but it’s the damn truth.”