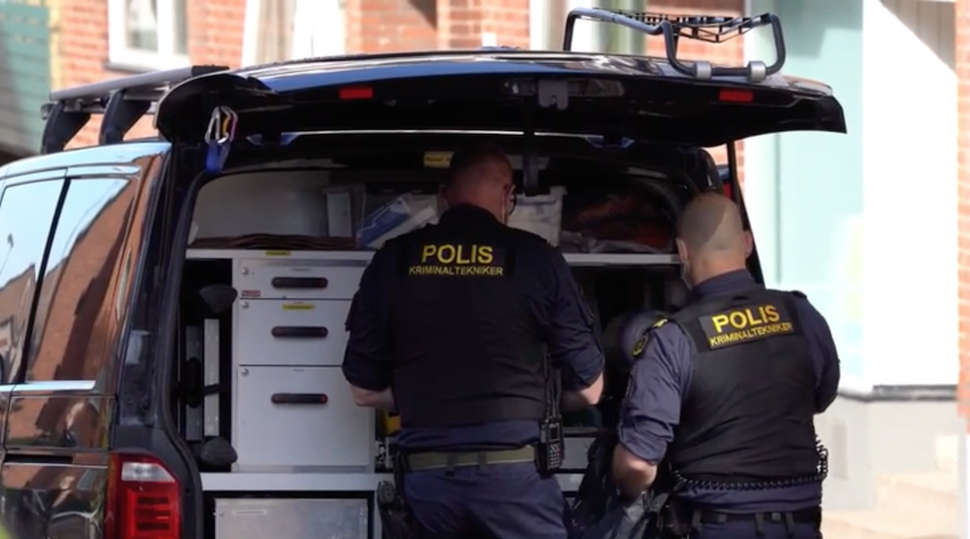 Swedish police are seen at the scene where a Jewish woman was stabbed in Helsingborg, Sweden, May 14, 2019. (Screenshot from Aftonbladet)

(JTA) — Antisemitic incidents accounted for 27% of all religious hate crimes in 2020 in Sweden, where Jews make up 0.1% of the population.

In absolute numbers, 170 antisemitic hate crimes and 328 anti-Muslim crimes were documented in 2020.

The remaining 12% of hate crimes involving religion were either against members of other religions, or within the same religion, the report said.

The Swedish National Council for Crime Prevention publishes a hate crime report every other year. Although antisemitism figures in the 2020 report are significantly lower than the 280 incidents reported in 2018, the Council cautioned about structural changes in the latest report and warned that there that may not be any decrease in the actual prevalence of antisemitic crimes.

Crimes related to religion accounted for 638, or 18%, of the total amount of incidents deemed hate crimes in Sweden in 2020.

Racist incidents against Black people accounted for 15%, or 3,398 hate crimes. Attacks on the LGBT population were 8% of the total.

Incidents included in the 2020 report included a gathering of far-right activists outside a synagogue in Norrköping on Yom Kippur. Men waved Nordic Resistance Movement flags outside the synagogue, which was empty at the time. In recent years, Jewish leaders in Sweden have warned that their community is under threat both from the far-right and from Muslim extremists.

Sweden, a nation of some 10 million people, has about 14,900 people who self-identify as Jews, according to a 2020 demographic study of European Jewry.