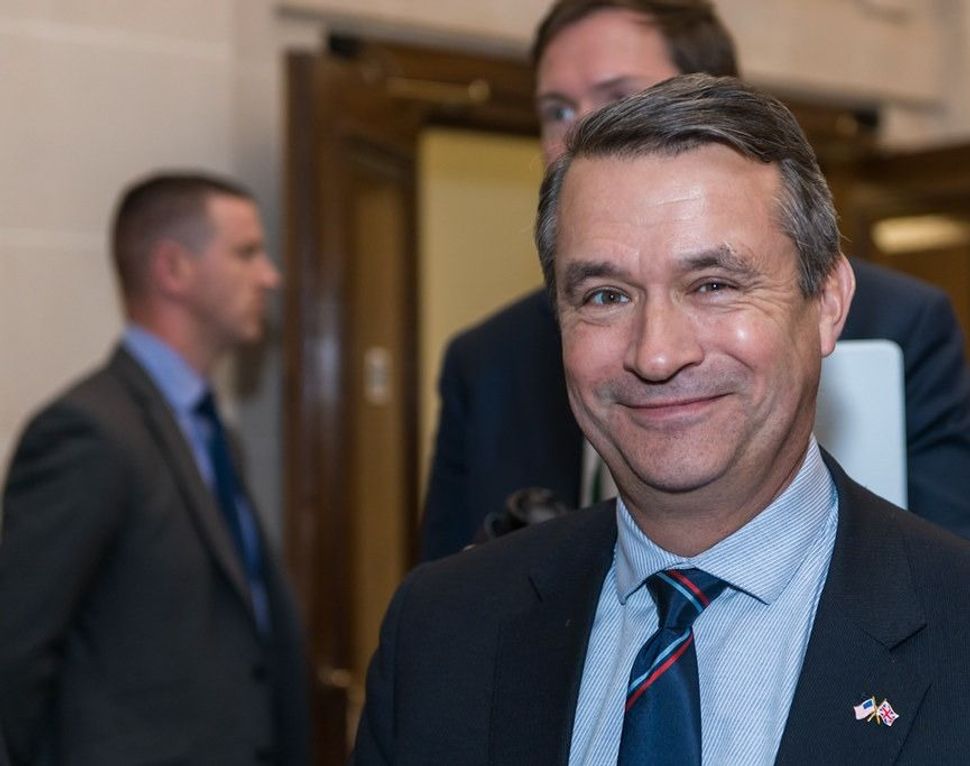 A new congressional caucus named the “caucus for the advancement of Torah values” and co-chaired by two non-Jews drew mockery and cynicism on social media on Wednesday. But the Orthodox group behind the creation of this group defended it as a move aimed to demonstrate solidarity with the Jewish community during a challenging time and in a polarized political environment.

The caucus was initially launched last week at a private event in Washington, D.C., But it gained attention after Congressman Don Bacon, a Republican from Nebraska, tweeted that he’s serving as a co-chair along with Henry Cuellar, a Democrat from Texas. “We’re committed to combating anti-Israel bigotry and protecting the Jewish community’s values and right to worship freely,” Bacon wrote on Twitter.

Rabbi David Hofstedter, a Canadian philanthropist and founder of Dirshu, an Orthodox international Talmudic group founded in 1997, spearheaded the bipartisan initiative in response to a rise in antisemitism and some frustration in the Orthodox community against COVID-19 restrictions in houses of worship and Jewish schools. “We should always be mindful of the Torah values as embodied in the Declaration of Independence with the firm reliance of the protection of divine providence,” Hofstedter, the son of Holocaust survivors, said in a statement. 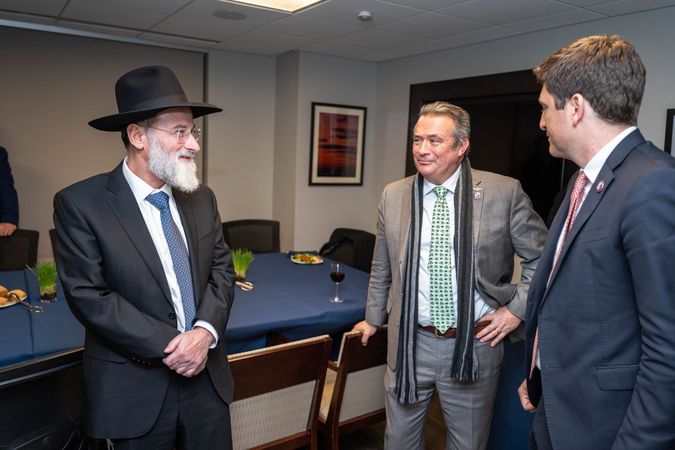 Josh Nass, a spokesman for Dirshu, said the caucus was designated as a platform for congressional leaders to speak out when members of the Jewish community are targeted, which he described as a biblical value. But he didn’t explain why it was named Torah values.

Nass maintained that the congressmen both were “a natural fit” given the close relationships they have developed in Congress. “They are both friends of the Jewish community and they have a proven track record on Israel,” he said. “And part of what this is about is bringing people together from both sides of the aisle on an issue that should be unifying.”

He pointed out that in the past, former Arkansas Governor Mike Huckabee and Anthony Scaramucci, the former short-served chief spokesman for former President Donald Trump, were chosen to promote a worldwide day of Jewish unity despite them not being Jewish.

“I’m the most Kosher bacon anybody’s ever met,” Bacon joked in a 2017 interview, saying he gets introduced that way at pro-Israel events. Cuellar, an eight-term incumbent whose home was raided by the FBI on Wednesday, is a moderate Democrat who fended off a progressive challenge in 2020 with the help of major pro-Israel groups.

Sheila Katz, chief executive of the National Council of Jewish Women, said the announcement raised “far more questions than it answers” and has reached out for clarification.

“It purports to advance Torah values, yet there are no Jewish members of the caucus nor does it appear American Jews were consulted in the creation of the caucus,” Katz said. “These gaps and inconsistencies naturally throw into question the integrity of this caucus and its intentions.”

Nass said several prominent members, including Jewish House members, will be announcing their support and signing up as active participants in the caucus in the coming weeks.

Rabbi Jack Moline of the Interfaith Alliance sent a letter to Bacon and Cuellar on Friday, cautioning them that the creation of a caucus to advance values held in the sacred text will do little to combat antisemitism and violates the First Amendment.

“Unfortunately, this caucus does little to address the concerns of everyday American Jews,” Rabbi Moline wrote. “Rather, it politicizes our existence and erodes the longstanding wall of separation between government and religion, endangering the very people it claims to defend.”