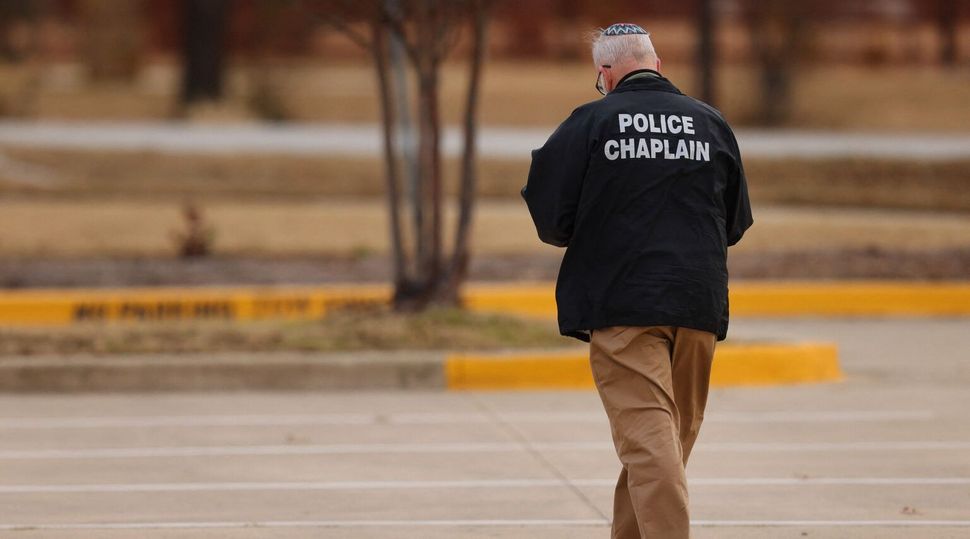 (JTA) — Federal agents have arrested the man who they allege sold a gun to Malik Faisal Akram, who held a rabbi and three congregants hostage inside their Texas synagogue earlier this month.

Henry “Michael” Dwight Williams, 32, was not aware of what Akram planned to do with the gun, according to a U.S. Department of Justice release. Instead, the justice department said, Williams told law enforcement officials that Akram said he intended to use the gun to intimidate someone who owed him money.

Chad Meacham, the U.S. Attorney for the Northern District of Texas, on Tuesday charged Williams with being a felon in possession of a firearm, according to the release. Williams made his first appearance in court on Wednesday.

According to the release, law enforcement tracked Williams through cell phone records. Under interrogation, Williams admitted selling the Taurus G2C pistol to Akram at a Dallas intersection on Jan 13, two days before the 11-hour hostage crisis in Colleyville, a suburb of Fort Worth, the release said.

The crisis ended when Rabbi Charlie Cytron-Walker threw a chair at Akram and the hostages fled the building. FBI agents entered the building, and Akram died in the ensuing conflict.

Akram, a British Muslim, sought the release of a Pakistani Muslim woman serving 86 years at a prison near the synagogue for terrorism.