‘You are messing with the wrong guy’: When Trump’s ambassador to Israel blasted a Democratic congressman 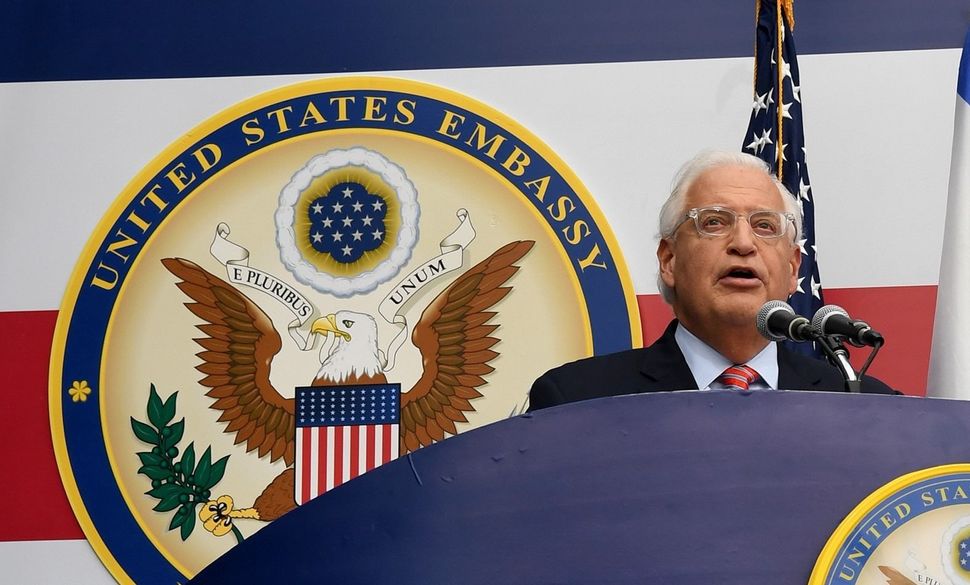 But those politicians say Friedman’s recollections in the book, scheduled for release Tuesday, are wrong.

Friedman writes of dressing down Deutch after the Florida congressman faulted the ambassador for failing to reach out to Democrats when planning opening ceremonies for the new U.S. embassy in Jerusalem.

“You are messing with the wrong guy,” Friedman recalls telling Deutch in a tense phone call after the congressman and others sent a letter critiquing the White House for not inviting Democratic members to the event.

Friedman calls the letter – which he writes he never received – a “political stunt” in the book, titled “Sledgehammer: How Breaking with the Past Brought Peace to the Middle East,” a copy of which was obtained by the Forward.

“This is complete bullshit,” Friedman wrote that he told Deutch at the time. He recounts inviting “many Democrats” to join the Republican congressional delegation to the event — which included 10 congressmen and four senators — on a U.S. government-funded plane. 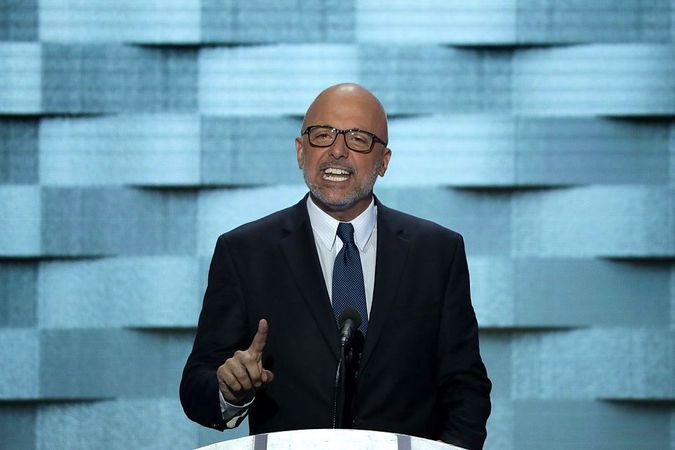 “You want to start this fight, go right ahead,” he recalls telling the congressman. “But I will finish it.”

In Friedman’s telling, Deutch said no one told him about the plane and suggested more could have been done to make the event bipartisan.

“I was having none of it,” Friedman writes of Deutch, who is a strong supporter of Israel and has reputation for reaching across partisan lines.

Crowd applauds Ambassdor to Israel David Firiedman at the Jerusalem embassy dedication ceremony on May 14, 2018. Image by U.S. Embassy Jerusalem

The former ambassador writes that he told the congressman that Democrats chose not to come so they would neither appear to be cheering for a Trump initiative or come off “looking ridiculous” if they refrained from applauding the speakers at the event. “Your plea for bipartisanship is complete BS,” Friedman quotes himself telling Deutch, “and if I hear one more word about not being invited, I’m going to defend myself and you and your friends will come off very poorly.”

Deutch denied Friedman’s version of the conversation on Thursday.

“I do not recall Ambassador Friedman ever swearing at, or threatening, me,” Deutch wrote in an email to the Forward. “I do, however, recall a number of congenial conversations with the ambassador on my many trips to Israel, including one just weeks after the embassy opening, when I proudly led a delegation to visit the new U.S. embassy in Jerusalem, where it has always belonged.”

Following his visit to the embassy in July 2018, Deutch tweeted, “Proud to visit the new U.S. embassy in Jerusalem and discuss the strong bipartisan American support for Israel.”

Proud to visit the new U.S. embassy in Jerusalem and discuss the strong bipartisan American support for Israel. https://t.co/dgpn7IuC3q

In the book, Friedman also writes that Senate Majority Leader Chuck Schumer, then minority leader, told him he would not vote to confirm him because it would be ”giving Trump the win.” Friedman wrote that he had hoped for a more bipartisan vote.

Only two Democratic senators, Bob Menendez of New Jersey and Joe Manchin of West Virginia, joined the Republican caucus in confirming his nomination 52-46.

“I remained discouraged that almost half of the Senate had been driven by such petty politics,” Friedman wrote.

‘You are messing with the wrong guy’: When Trump’s ambassador to Israel blasted a Democratic congressman