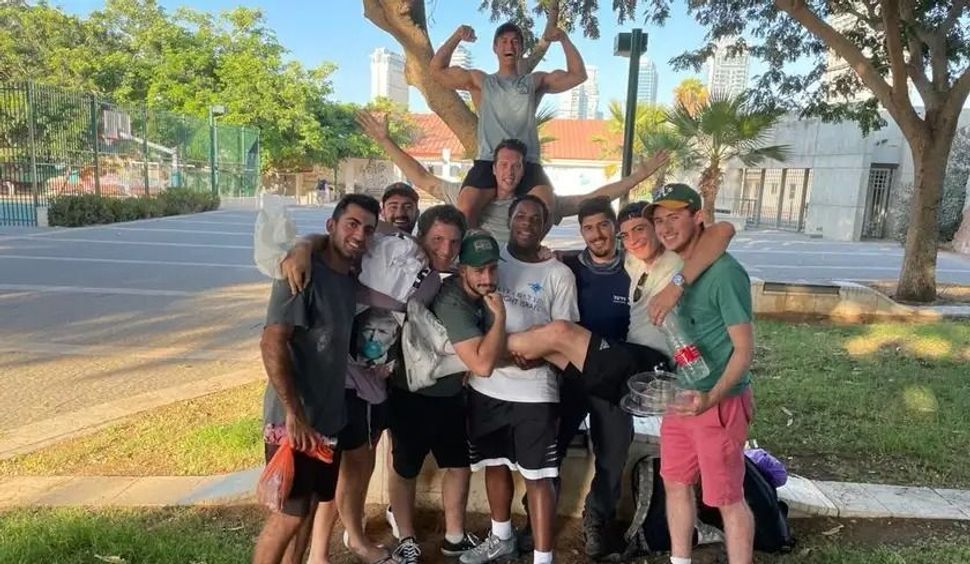 An American basketball player who converted to Judaism through “Biden’s rabbi” was notified on Wednesday that his application for Israeli citizenship had been rejected because of problems with the conversion.

Originally from Philadelphia, Jared Armstrong had planned to immigrate to Israel so that he could play point guard for Hapoel Haifa, a team in the Israeli Basketball Premier League.

Rabbi Michael Beals, the spiritual leader of Beth Shalom in Wilmington, Delaware – a congregation affiliated with the Conservative movement – oversaw his conversion. One of the main reasons the conversion was rejected, according to a letter sent to Armstrong by the Interior Ministry, was that the classes were held on Zoom.

“It makes me crazy,” Beals, who has been called “my rabbi” by President Biden, said in a telephone conversation. “Hasn’t Israel experienced COVID as well? I mean this decision shows so much disconnect.”

Armstrong, 24, grew up in a family active in an African-American synagogue in Philadelphia. His father was not Jewish, and his mother had converted to Judaism through the synagogue. Because Congregation Temple Beth’El is not affiliated with any of the main Jewish denominations, however, Armstrong was told that his mother’s conversion was not recognized. Therefore, if he wanted to immigrate to Israel, he would have to undergo a conversion through one of the recognized movements.

Beals described the decision to reject Armstrong’s application for citizenship as “racist” and an “insult to the Conservative movement.”

“I think the founders of Israel would be turning in their graves if they saw how their values have been upended by the Interior Ministry,” said the rabbi. “I can tell you that Jared spent more hours in a synagogue as a young kid than I did.”

Beals, who was asked to deliver a special pre-inauguration blessing to Biden last year, said he has known the U.S. president for 16 years. They met at the shiva of one of his congregants who had donated $18 to each and every one of Biden’s political campaigns.

Armstrong had signed a multi-year contract with Hapoel Haifa on the assumption that he would be able to become an Israeli citizen through the Law of Return, which allows converts to immigrate and become citizens immediately. Israeli basketball teams are limited in the number of foreign players they can recruit, and therefore, prefer recruiting Jews who can immigrate under the Law of Return and obtain automatic citizenship.

Armstrong arrived in Israel last summer on Birthright, the program which provides free trips to Israel for young Jewish adults. He stayed on and continued playing for Hapoel Haifa, while applying for citizenship. His initial application was rejected a few months ago, and he decided to appeal the decision. On Wednesday, he was notified that his appeal had been rejected as well. He will, therefore, no longer be allowed to play for the team.

The Interior Ministry said in its rejection letter that it was convinced that the only reason that Armstrong had converted was so that he could play basketball in Israel. The letter also noted that Armstrong had not been active in a Jewish congregation for a period of at least nine months following his conversion, as required under the Law of Return. Armstrong said that assertion is false.

“This feels like the end of the world for me,” said Armstrong. “I am simply heartbroken.”