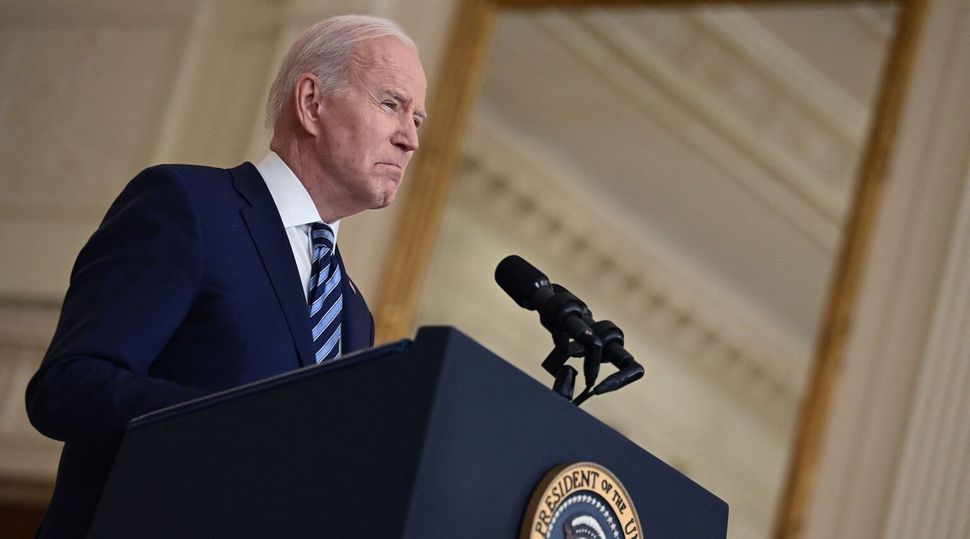 (JTA) — Every week is busy for a U.S. president, but last week was unusually turbulent for Joe Biden. He finalized his choice of Ketanji Brown Jackson to replace Jewish Supreme Court Justice Stephen Breyer, began preparing for his first State of the Union address and received news that the Centers for Disease Control would ease its COVID-19 mask guidelines — all while focusing on the White House’s response to the Russian invasion of Ukraine that he was sure was coming.

In the midst of it all, he took some time out to attend a Zoom shiva, and to comfort some of his Jewish family members, The New York Times reported on Sunday.

“I was the Catholic kid. She was the Jewish girl. I still tried. I didn’t get anywhere,” he has joked.

After Beau Biden died in 2015, Hallie Olivere began dating his brother Hunter in 2016, saying that they bonded while supporting each other in the wake of Beau’s death. Hallie and Hunter broke up by 2019, and Hunter is now married to South African Jewish filmmaker Melissa Cohen.

Hours after Joe Biden watched Russian President Vladimir Putin give a heated speech on Monday, Feb. 21 that raised the specter of war worldwide, he attended the Zoom shiva in the evening.

But he didn’t stop there — officials told the Times that Biden took calls from grieving family members throughout the week, “sometimes between national security debates and meetings with world leaders.”

Biden is a proud Catholic, but all of his children have or had Jewish spouses.