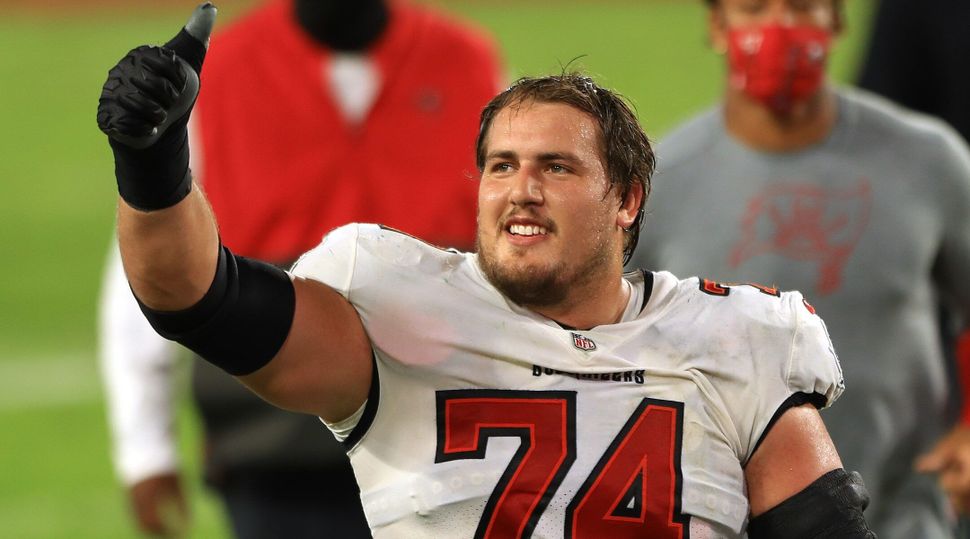 Ali Marpet has announced his retirement at the age of 28. (Mike Ehrmann/Getty Images)

(JTA) — Ali Marpet, who won a Super Bowl protecting Tom Brady as an offensive lineman for the Tampa Bay Buccaneers, announced his retirement on Sunday via Instagram.

Marpet’s announcement was widely received as a shock around the football world. The 28-year-old is coming off his first selection to the Pro Bowl, the NFL’s all-star game, and was due to earn $10 million in 2022. Tampa Bay coach Bruce Arians was among those surprised by the news.

In his announcement post, Marpet expressed gratitude for his seven years in the league, thanking teammates, coaches, family and friends. According to ESPN, Marpet retired due to unspecified concerns for his “overall health.”

Marpet was drafted in the second round of the 2015 NFL Draft, becoming the highest-drafted player in Division III history. He spent all seven years of his career in Tampa Bay.

Prior to the draft, Marpet told JTA in 2015 that it would be “a huge honor” to represent Jewish athletes in the NFL. “I’m happy to wave that flag,” he said.

His father lived in Israel for a few years during the 1970s and was previously married to an Israeli woman.