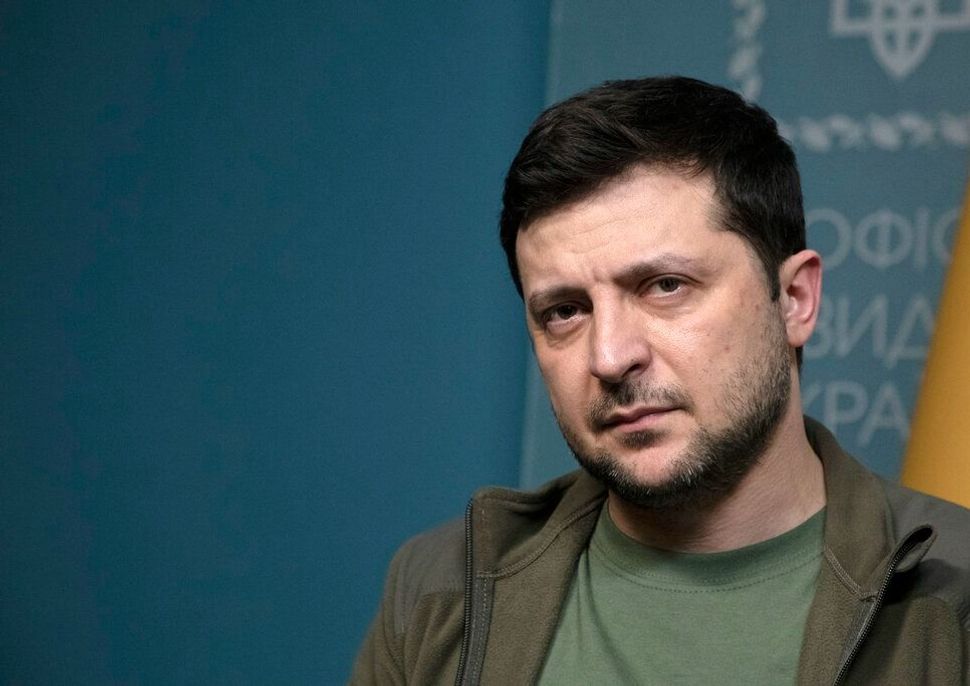 Ukrainian President Volodymyr Zelenskyy on Monday compared the Russian bombardment of Ukrainian major cities and the targeting of civilians as they are being evacuated to the killing of millions of Jews by the Nazi regime during the Holocaust.

“This is just pure Nazi behavior, this is Nazism,” Zelenskyy, who is Jewish, said in a Zoom call with Jewish American leaders on the 12th day of the Russian assault on Ukraine. “All of this happened during the Nazi times. This all happened when the German army rolled through Europe and everyone gave the Jewish people away, putting them into the ghetto. Look it up on the internet. Look it up, what’s happening.”

Zelenskyy said Russian President Vladimir Putin’s claims that he is intent on the “denazification” of Ukraine is akin to the lies of Joseph Goebbels, the chief propagandist for the Nazi party. “I don’t know who his speechwriter is,” he said of Putin’s remarks.

He said the threats to the Ukrainian people are in a way comparable to the daily threats against Jews targeted by antisemitism. “I keep telling this for the world: to wake up. All of these millions of people are going to be exterminated, and this is a big tragedy.” 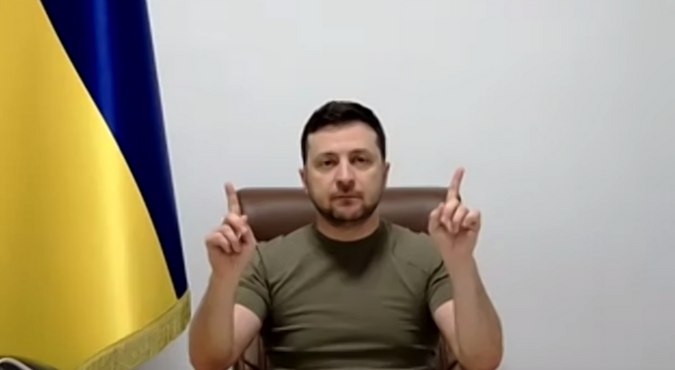 Zelenskyy on the Zoom call with American Jewish leaders on march 07, 2022

Zelenskyy, who spoke passionately in Ukrainian with an English translator, also compared the war in Ukraine to 9/11. Zelenskyy watched the twin towers collapse and said he thought to himself at the time: “If twin towers are falling down in the United States it can happen in Ukraine as well.

“These are not just a couple of planes like in your case,” he continued. “We have 500 missiles. And we have here the terrorists who are not hiding. There’s no secret who is sending those missiles. There’s no secret in who is bombing from these planes. They are bombing the life out of everything, with what is moving. They want to take away rights of freedom.”

“I’m asking you to help us, just support us,” Zelenskyy said.

On the call, hosted by the Conference of Presidents of Major American Jewish Organizations, Ukraine’s Ambassador to the U.S. Oksana Markarova described Russia’s airstrikes as a “brutal attack” on civilians and something that “our brothers and sisters in Israel are unfortunately too familiar with.”

“During this troubling and chaotic time for Ukraine, President Zelenskyy’s appeal to the leadership of the Conference of Presidents is particularly salient given his role as a member of the Jewish community whose citizenry are suffering in ways unseen in Europe for many decades,” William Daroff, chief executive of the conference of presidents, said after the call. “In tandem with American Jewry donating tens of millions of dollars for rescue and relief efforts in Ukraine, we stand shoulder-to-shoulder with our Ukrainian brothers and sisters praying for peace and continued U.S. leadership to end the conflict.”