Birthright Israel to lower its age limit back to 26 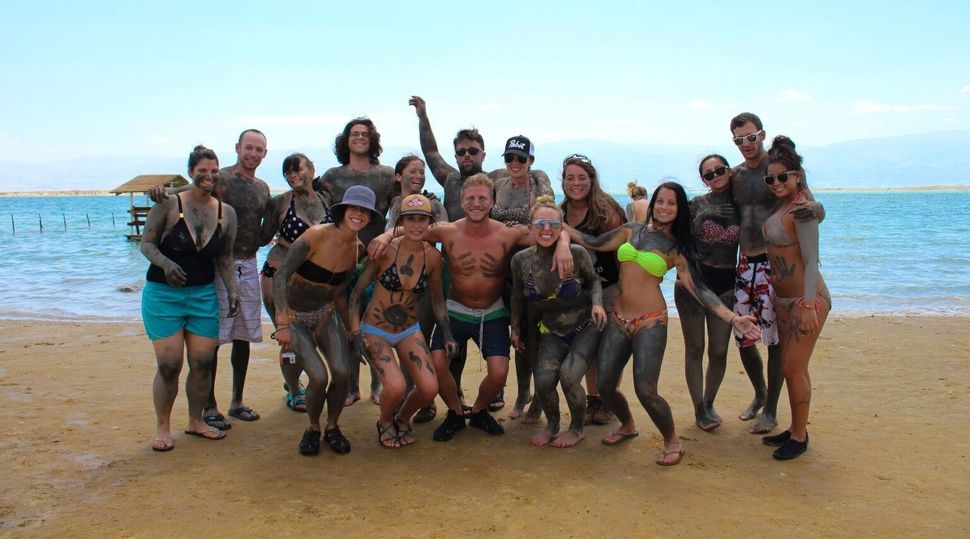 A group of American adults on a Birthright Israel program visits the Dead Sea on July 10, 2015. (Matt Hechter/Flash90)

(JTA) – Five years after raising the age limit for Israel tour participants, Birthright Israel is reverting to a policy of funding free trips only to young adults 26 and under.

This summer will be the last chance for Jews aged 27 to 32 to participate in Birthright, with the exception of anyone older who had registered for a trip that was canceled because of the pandemic, according to a spokesperson for the nonprofit organization.

The trips, designed to give young Jews (mostly Americans) a crash course in Israeli history and culture in the hopes of convincing them to remain involved in Jewish life and pro-Israel causes, are offered to any Jewish young adult aged 18 and up who has never been to Israel, or whose previous trip to Israel had lasted less than three months.

Launched in 1999, Birthright trips attracted around 45,000 participants annually before the pandemic interrupted international travel; they have also drawn increasing criticism from liberal Jews and others that they present a view of Israel that obscures the experience of Palestinians within Israel and in the West Bank.

Birthright had raised its upper age limit for eligibility to 32 in 2017, to reflect what Gidi Mark, Taglit-Birthright’s international CEO, had said was a broader cultural shift of young adults delaying major life decisions like getting married and having children to later in life.

But that decision allowed Jewish young adults to put off their Israel engagement, too, the group concluded — a meaningful delay given what it characterized as a challenging climate on college campuses.

“Extending the age to 32 caused the 26-year-olds to postpone their trip,” the spokesperson told the Jewish Telegraphic Agency. “We believe that by creating a more structured timeframe to participate, young people will make a Birthright Israel trip a priority at a time when they can fully engage and benefit.”

Refocusing on college undergraduates and graduate students, the spokesperson said, also allows Birthright to respond to “rising instances of antisemitism and lack of understanding of Israel on college and university campuses across the globe.”

The shift comes shortly after Birthright announced it would be merging with Onward Israel, which organizes extended Israel programs for 19-to-27-year-olds. It also comes amid multiple pressures on Birthright’s sustainability and model.

While the group receives support from a wide array of donors — the organization says it runs a $150 million budget — its founder and most prominent donor, Michael Steinhardt, has run into repeated trouble in recent years.

Steinhardt was accused by multiple women of sexual misconduct in 2019 and, last year, was prosecuted for plundering and illegally trading millennia-old Israeli antiquities; as part of his settlement, he surrendered $70 million worth of antiquities.

In addition, casino magnate Sheldon Adelson, a major donor and influential voice in the direction of the program, died last year.

Birthright has also drawn support from the Genesis Philanthropy Group, which was founded by three Russian Jews who could now face sanctions because of Russia’s war on Ukraine.

Birthright, which has also received major funding from the State of Israel itself, did not respond to questions about its involvement with Steinhardt or whether it is still funded by the Adelson family. Its website still publicizes Steinhardt’s role in its founding and lists him as an honorary board member.

According to a study of Birthright’s first decade released in 2020, Jews who participated in Birthright were more likely than their peers who applied but did not go on a trip to marry Jewish partners and to feel connected to Israel, two goals of the initiative. But the group is operating in a very different climate from when it launched. Recent data on American Jews from the Pew Research Center shows that a growing number of younger, less religiously observant Jews — Birthright’s target audience — feel disconnected from the modern state of Israel, and more than one in 10 support the movement to boycott, divest from and sanction Israel.

Some of that sentiment has been directed squarely at Birthright. In 2018 and 2019, Jewish activists from the group IfNotNow, which seeks to get American Jews to act against Israel’s occupation of Palestinian territories, waged an extensive campaign against Birthright; some trip participants walked out in protest, while others were arrested outside Birthright’s Manhattan office and interrupted a speech by then-President Donald Trump to Republican Jews.

Those protests may have contributed to Birthright increasingly becoming a flashpoint for progressive young Jews and others who say the trips whitewash Israel’s occupation of Palestinian territories. In one sign of the times, a novel about a Birthright-like trip drew fierce criticism well before it was released last month.

About 25,000 people are expected to go on Birthright trips this summer, according to the group’s spokesperson. The trips resumed last fall after a year and a half on hiatus, with a few exceptions, because of the pandemic.

—
The post Birthright Israel to lower its age limit back to 26 appeared first on Jewish Telegraphic Agency.

Birthright Israel to lower its age limit back to 26