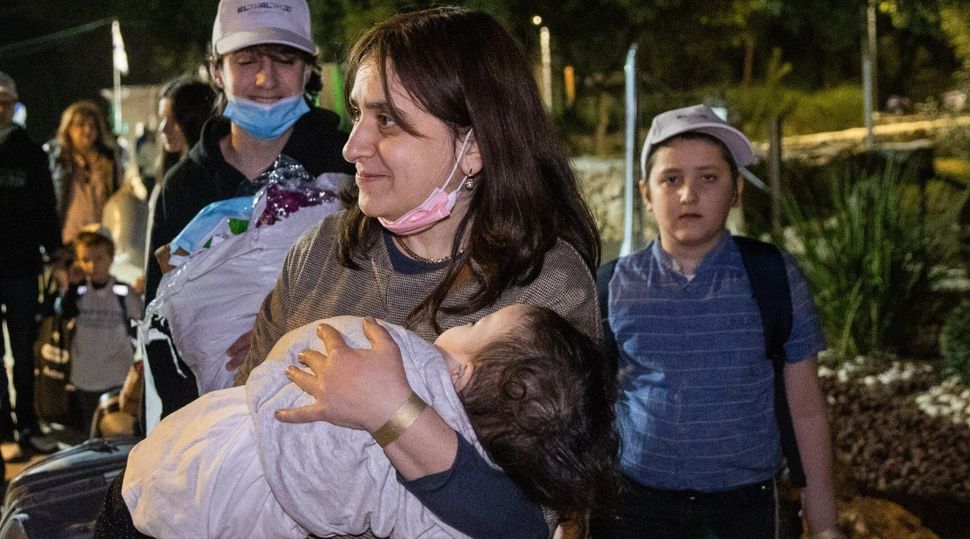 Jewish immigrants fleeing the war in Ukraine and orphans from the Alumim orphanage in Zhytomyr arrive at a temporary accommodation in Moshav Nes Harim, central Israel, March 6, 2022. (Flash90)

Interior Minister Ayelet Shaked made the announcement Tuesday. Israel’s Law of Return normally offers citizenship only to people with at least one Jewish grandparent.

Israel had previously courted controversy for demanding a deposit from non-Jewish migrants of around $3,000, to make sure that they would eventually leave. That stipulation has been dropped.

“The sights of war in Ukraine and the suffering experienced by its citizens rattle the soul and don’t allow us to remain indifferent,” The Times of Israel quoted Shaked as saying at a press conference.

Meanwhile, Haaretz reported that 440 Russian Jews arrived in Israel on Wednesday, as that country’s economy buckles under the sanctions imposed by the West.