White Purim expected in Jerusalem for first time in decades 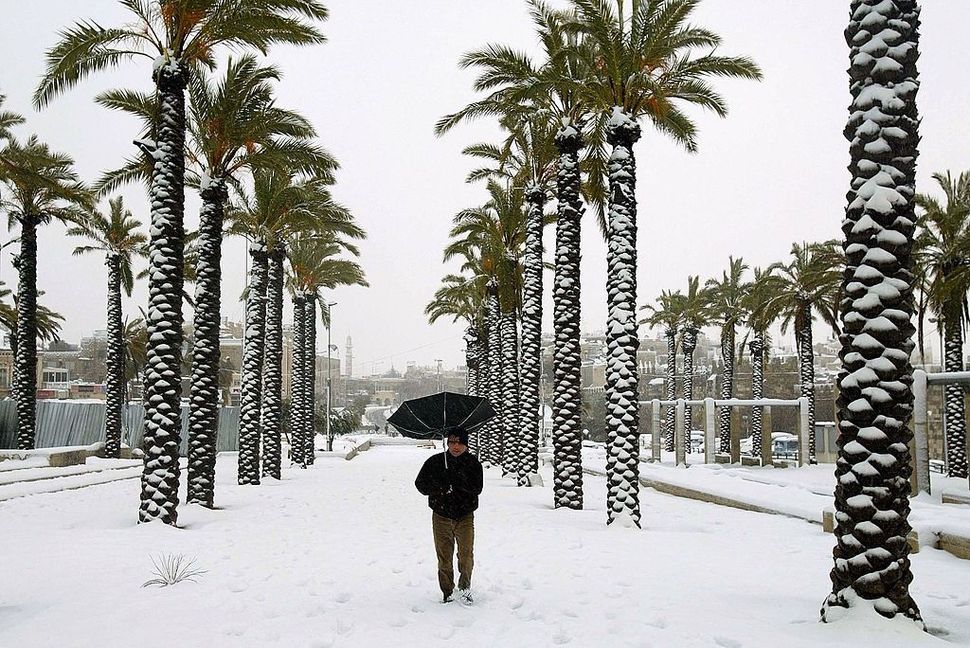 Snowfall in Jerusalem in February, 2003.

Schools across Jerusalem will hold Purim celebrations on Monday, a day early, due to a light snowfall expected to descend on the capital, in what could be the first Purim-adjacent snowfall in Jerusalem since the 1980s.

Tuesday will bring scattered showers across the country along with a “mostly light” snowfall “in the northern and central mountains, including Jerusalem,” an Israel Meteorological Service forecast said. Temperatures are also expected to drop in the capital to as low as 1 degree Celsius (33.8 degrees Fahrenheit).

“This year we will celebrate Purim in schools one day earlier,” Jerusalem Mayor Moshe Lion said in a statement. “This is due to the expected stormy weather, and maybe even snow. However, we will not disappoint our children and we will celebrate the holiday with costumes and joy.”

Purim is celebrated across the country on Wednesday evening, starting a day later in Jerusalem. However, schools usually hold in-class celebrations several days earlier. Due to concern over the weather, the Jerusalem municipality announced that such celebrations will thus be held a day earlier on Monday.

White Purim expected in Jerusalem for first time in decades