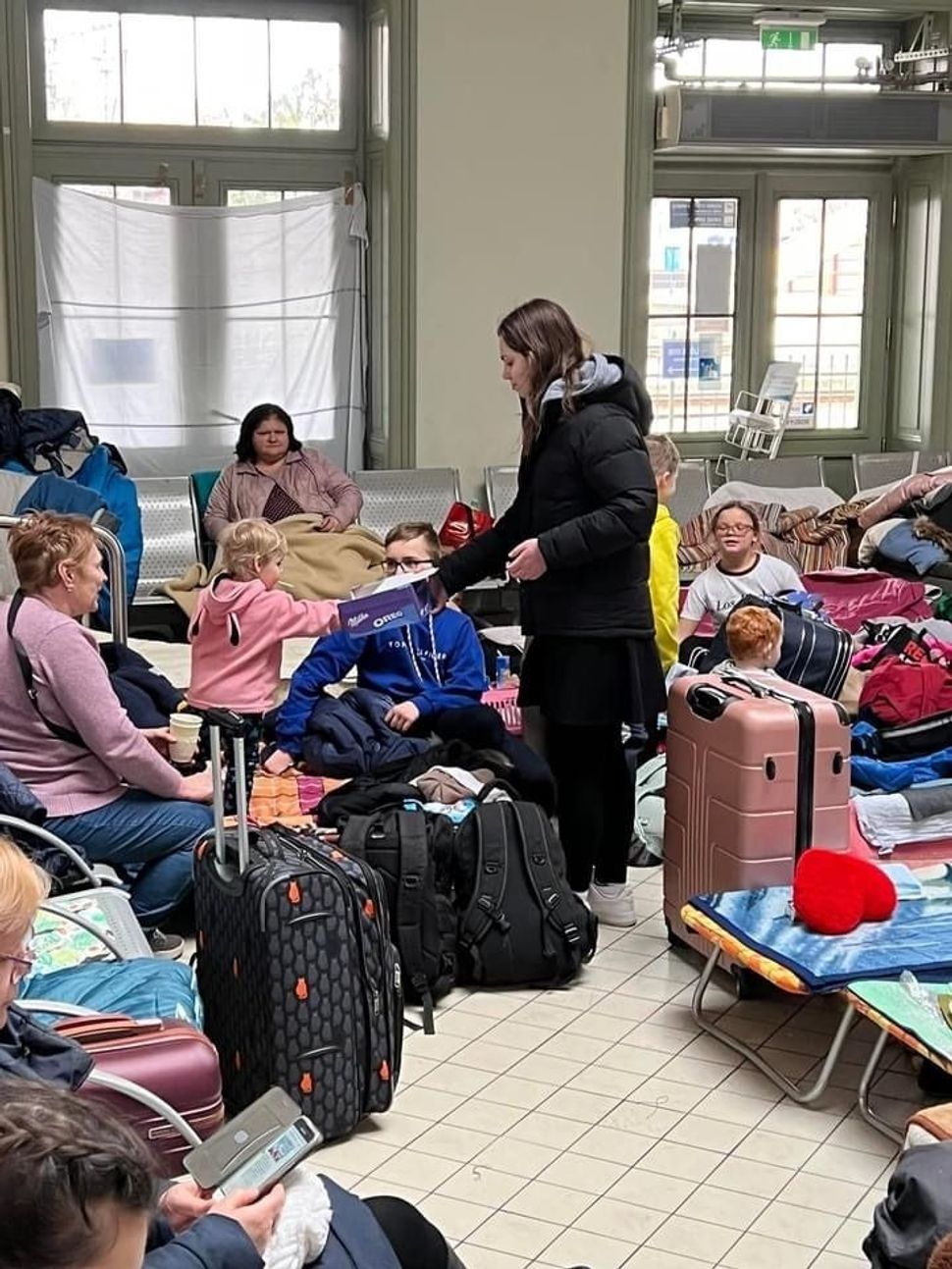 Fifteen-year-old Montrealer Aviya Scheier is not the kind of teen who plays hooky. Yet last week the diligent tenth grade-student skipped class at Hebrew Academy, where I work, to bring comfort to kids on the Polish side of the Ukrainian border.

Aviya flew to Poland with her father, the senior rabbi of Congregation Shaar Hashomayim, and two other Montreal rabbis — Mark Fishman and Reuben Poupko — to spend four days with young people and their families who had just fled the Russian invasion.

They aimed to bring comfort and lighten the burden on children who had suddenly become refugees, said Rabbi Scheier from a kosher restaurant in Warsaw on the eve of their return to Canada. “Part of that was not just about rabbis, but also about a teenager. It makes a big difference when one of your own is handing you a piece of chocolate and making you smile.”

In Poland, Aviya distributed toys and chocolate to about 300 children at two train stations — one near the Ukrainian border at Przemysl where many were waiting with their mothers and grandparents to travel to other parts of Poland, and the other in Warsaw, where they were boarding trains to other countries. 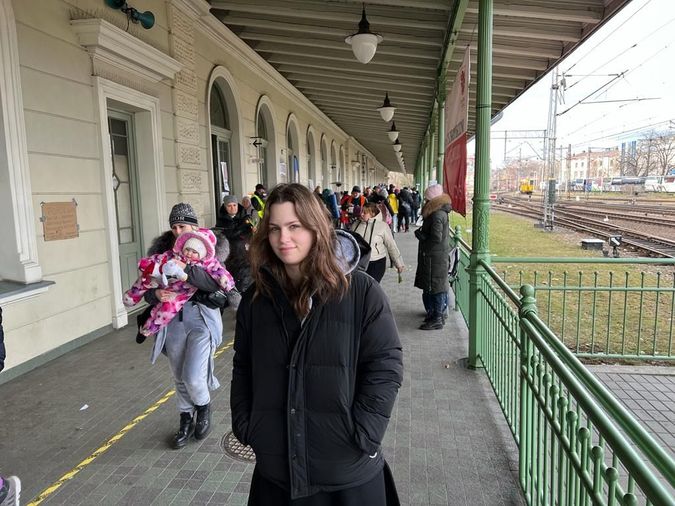 Aviya Scheier, 15, in Poland on a mission to help Ukrainian refugees in March 2022 Courtesy of Rabbi Adam Scheier

“A lot of people were volunteering and giving things to the refugees, so the kids weren’t surprised when I approached them,” said Aviya. “When they saw me with a box of chocolate they just put their hands out.”

Her father and the other rabbis used donations from their respective Jewish communities — Poupko leads Beth Israel Beth Aaron Congregation in Côte Saint-Luc and Fishman is the spiritual leader of Congregation Beth Tikvah in Dollard-des-Ormeaux — to buy a slew of necessities for the refugees, including foot warmers, blankets, socks and diapers.

Aviya recognizes that the deeper meaning of their work is “not really about the chocolates, the foot warmers, or the blankets,” her father said. “It’s about showing up and letting people know that their lives are filled with suffering and uncertainty right now, but that they’re not alone.”

Aviya and her father also distributed diapers, socks, toys and chocolate at one of three hotels run by The Jewish Agency, and met with Israeli medics and volunteers establishing a field hospital.

For Aviya, the throngs of refugees, many who still had family in Ukraine, was heartbreaking. But she also witnessed acts of bravery and defiance, some of them inflected with humor. Outside the Warsaw train station she saw a man “shooting darts at a picture of Putin’s face over and over again.”

While some parents may have thought twice about exposing a 15-year-old to the trauma of a refugee crisis, Rabbi Sheier had no qualms. 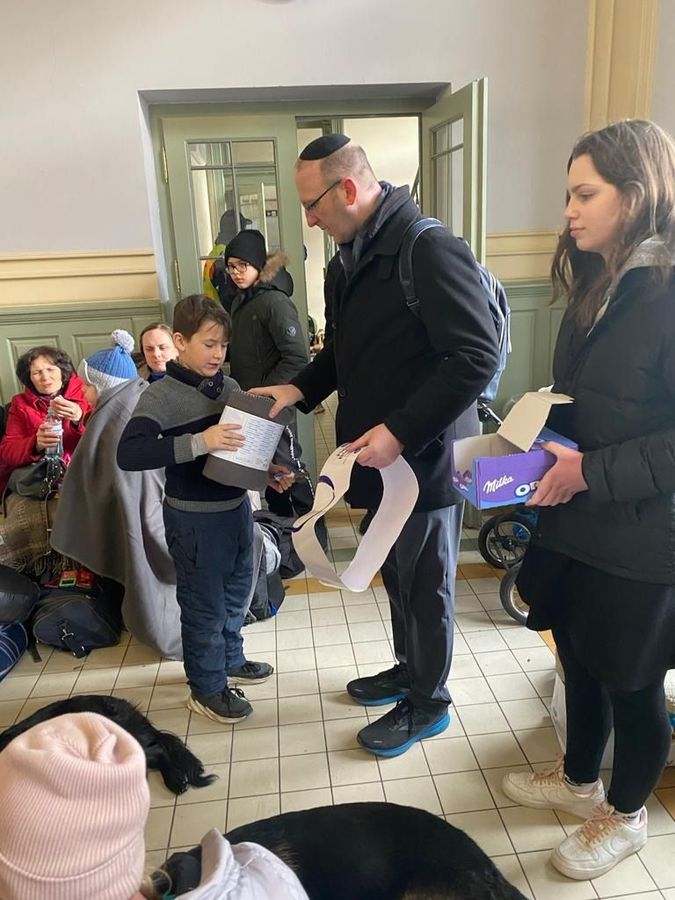 “Much more than a fear of what Aviya might see, was the hope that she would come to appreciate the suffering that’s going on in this world,” he said. “Because it’s easy to ignore suffering. It’s easy to turn off our televisions or just exit the app and not look at the difficult moments.”

He added: “To see Aviya walk through the train station and interact with those children and to encounter that suffering, I think, is something that can only make a person more sensitive and stronger.”

Aviva Engel is an award-winning freelance journalist and the director of communications at Hebrew Academy in Montreal, Canada.