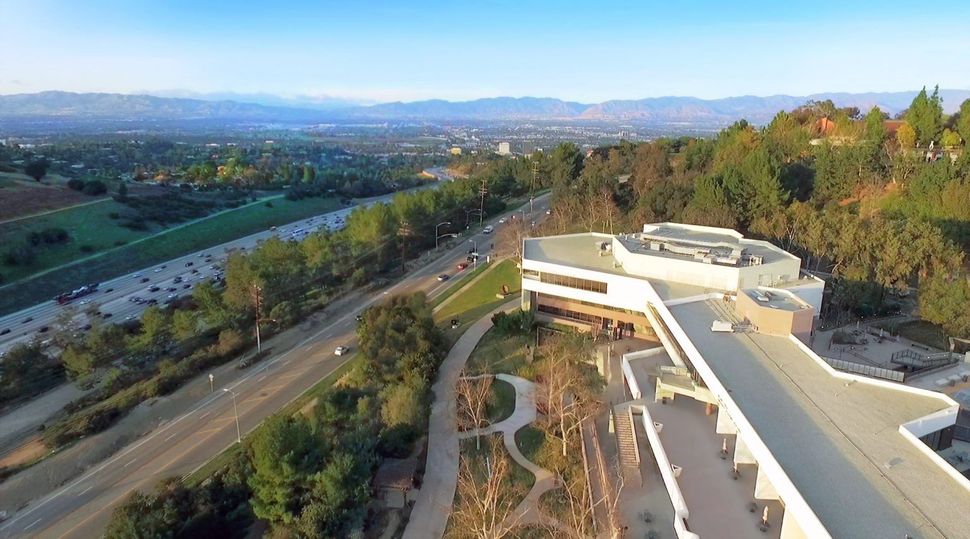 (JTA) — Mark Asher Goodman is beginning to imagine finishing paying off roughly $85,000 in student debt he incurred while training to become a rabbi — nearly two decades after he was ordained.

So when his rabbinical school, the Ziegler School of Rabbinic Studies, announced last week that it was slashing tuition by nearly 80%, he was briefly envious. Then he was filled with relief that future students at the Conservative seminary, part of Los Angeles’ American Jewish University, won’t have the experience he did.

“I was a day school teacher and rabbi for 12 years, and I made far less than pulpit rabbis,” Goodman, who now leads one synagogue in Erie, Pennsylvania, and works at another in Pittsburgh, told the Jewish Telegraphic Agency. “To force graduates into irrational financial choices due to their loan situations, in any field, is unfair.”

Ziegler’s new tuition is $7,000 a year, down from $31,342 this year. The change makes the school just 20% the price of the Conservative movement’s larger and older rabbinical school, the Jewish Theological Seminary in New York City.

Slashing tuition could seem counterintuitive for a school that is in so much financial distress — since 2018 it has shuttered its undergraduate program, sought renters for its space and, last month, announced that it would sell its 35-acre campus.

But American Jewish University administrators are betting that Ziegler’s new list price will draw more students, reversing a trend of declining enrollment that has contributed to the school’s financial crisis. Just four students enrolled at Ziegler this year; the school ordained only two new rabbis in 2021.

They also say they want to be on the leading edge of a movement to make rabbinical school accessible to a larger and more diverse set of potential Jewish leaders. Training to become a rabbi typically requires five years of courses and fieldwork, such as synagogue internships, making the path burdensome and in many cases impossible for people who do not have family wealth.

Artson said donations — rather than, say, anticipated revenue from the campus sale — were making possible the new tuition, which applies to current students in addition to future ones. Additional funds will cover tuition completely while students study in Israel during their third year, according to the details of the new tuition plan.

He declined to name the people who had given to support the initiative, saying only that AJU possesses an “extraordinary circle of philanthropists and community leaders who understand that a literate, wise and compassionate rabbinate holds the key to energizing and strengthening the Jewish future.”

It is unclear how much of a difference Ziegler’s new price will make to individual students, considering that many were receiving substantial financial aid before.

But the flashy price tag may make it more appealing for aspiring rabbis in the Conservative movement. At JTS, the movement’s flagship seminary, this year’s tuition is over $36,000 — although few if any students there pay full price.

The price war comes in the context of declining overall interest in the rabbinate and in declining affiliation by American Jews with Conservative synagogues.

Competition between the two schools for students who want to become Conservative rabbis “produces constant incentives to improve and to compete,” Artson said. He added, “The challenge is in the context of that healthy competition to realize we’re not actually competing.”

“We are delighted to hear about all initiatives that assist students in pursuing a career in the rabbinate,” the spokesperson said.

There’s evidence that tuition incentives could have the intended effect — but also that increasing enrollment may not be a panacea for the woes facing a rabbinical school or its movement. When Hebrew Union College in Cincinnati offered tuition incentives to make attendance there relatively inexpensive compared to the Reform movement’s campuses in New York and Los Angeles, students chose Cincinnati more often.

Ziegler and American Jewish University, too, face an uncertain future. The Bel-Air campus where Ziegler has been housed since it opened in 1996 is up for sale, and while the university is retaining a different parcel of land, where it has housed a camp, it’s not clear where future rabbinical students will go to class after next year, though administrators are emphasizing that learning will take place in person.

“There will be a physical space, and it will be holy,” Artson told JTA.

Three rabbinical students deferred enrollment last year to this fall, the school said, but how many additional students will enroll at Ziegler is unclear.

“Time will tell if that move will counteract the uncertainty that comes with the planned sale of the AJU’s Familian Campus,” Goodman said about the tuition reduction. “But in the long run, making rabbinic school more affordable is a net positive move for the Jewish people.”

—
The post One of 2 Conservative rabbinical schools in the US is slashing tuition — by nearly 80% appeared first on Jewish Telegraphic Agency.