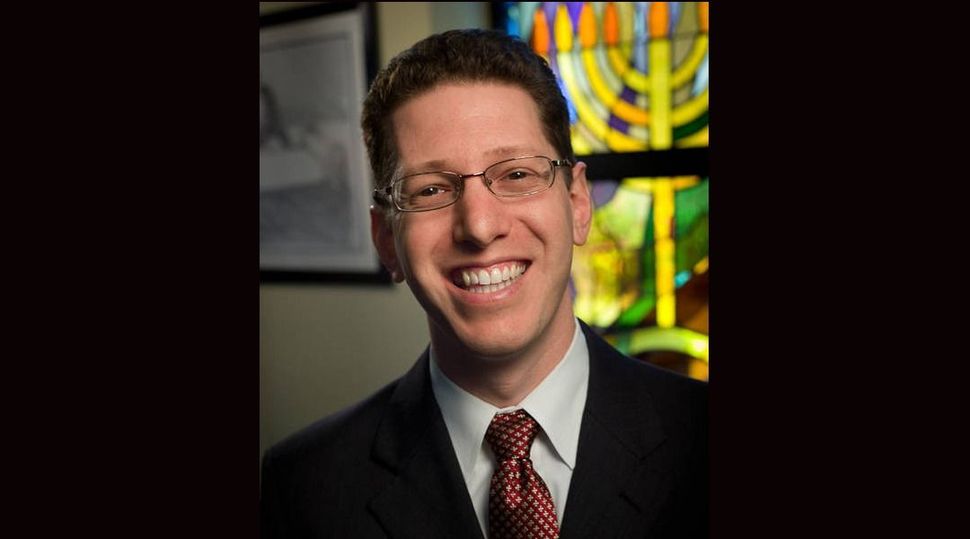 The rabbi taken hostage in his Texas synagogue in January will be the guest speaker next week at a Ramadan celebration hosted by a nonprofit that aims to strengthen Jewish-Muslim relations.

Rabbi Charlie Cytron-Walker will address the guests on April 7 at a virtual iftar, or meal to end the daily fast during the Muslim holy month of Ramadan, on the commonalities between the Muslim observance and Passover. This year marks the rare occasion on which both holidays overlap, as well as with Easter.

“We were so moved to see the strength of the interfaith networks during the incident at his synagogue, and are grateful that Rabbi Charlie is making the time to join a piece of his network to ours,” read an announcement from Los Angeles-based NewGround: A Muslim-Jewish Partnership for Change. He will talk on “themes of iconoclasm and change,” according to the group. 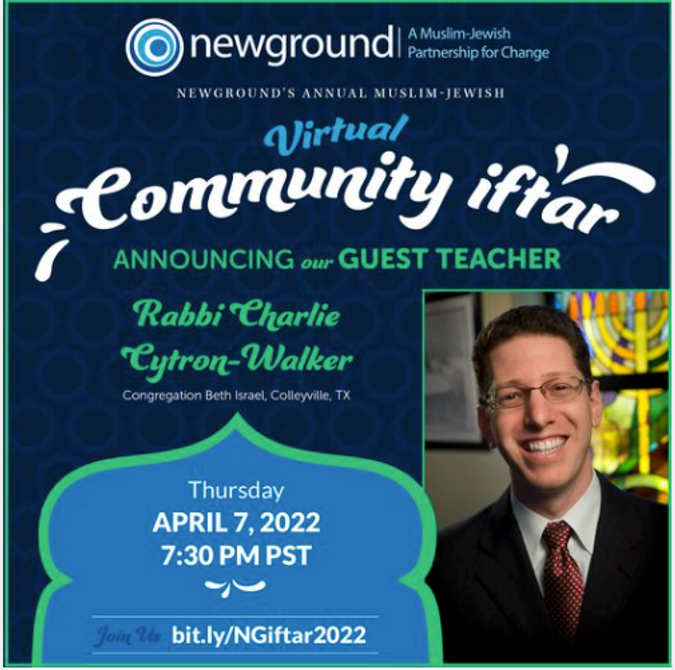 Rabbi Charlie Cytron-Walker will be the guest speaker at a virtual iftar, the meal that breaks the daily fast in the holy Muslim month of Ramadan. (Screenshot from Facebook)

Cytron-Walker and three other member of Congregation Beth Israel in Colleyville, Texas, were taken hostage for nearly 11 hours by a British gunman who spouted antisemitic tropes about Jews controlling the government, and insisted that they help him free a Muslim woman incarcerated at a Texas prison for attacking American troops.

Cytron-Walker ended the standoff by throwing a chair at the gunman, allowing himself and the other hostages to escape. The gunman was then shot and killed by FBI agents.

The rabbi has long cultivated warm relations with the Muslims near his synagogue. As Jawad Alaim, the president of the Islamic Center of Southlake told the Texas Star-Telegram after the standoff, “He and his family are considered part of the Muslim community, and he considers us part of the Jewish community.”

Cytron-Walker decided to leave Beth Israel months before the hostage-taking, but to stay in the pulpit through the spring. He was hired in February to be the next rabbi at Temple Emanuel, a Reform synagogue in Winston-Salem, North Carolina.