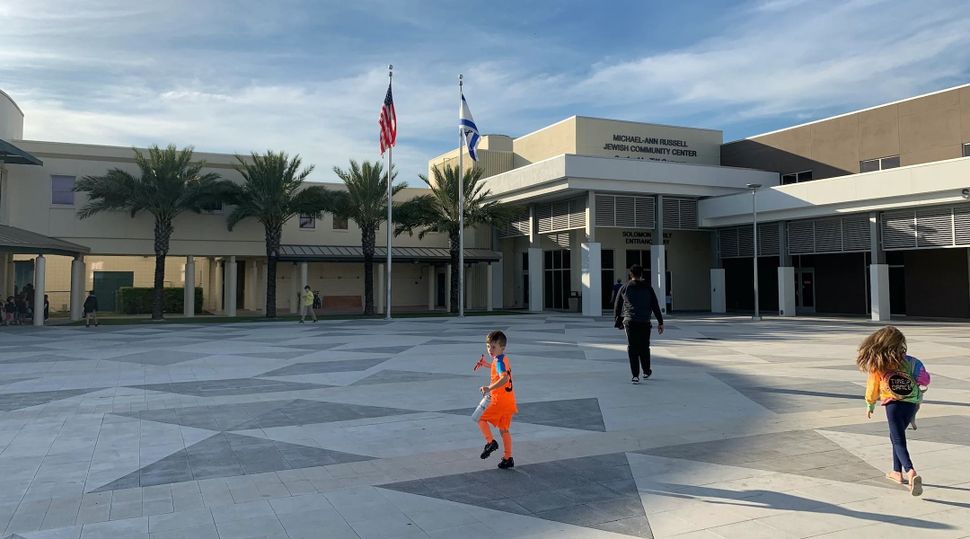 A view of the Michael-Ann Russell Jewish Community Center in Miami. (Josefin Dolsten)

(JTA) — A woman was killed at the Michael-Ann Russell Jewish Community Center in Florida’s Miami-Dade County Sunday in what police are calling an act of domestic violence.

Police said the woman was killed by her husband while she attended her daughter’s swimming lesson.

In a statement, the JCC said police believed there to be “no known threat to the Jewish community.”

The woman was identified as Shandell Harris, 30. Her husband, Carl Monte Watts, was later arrested.

Across the country, Jewish community centers are widely used by Jews and non-Jews alike. A different shooting at an Indianapolis JCC in February stemmed from a dispute during a basketball game and did not involve Jews or represent a threat to the Jewish community, authorities there said.

—
The post Shooting at Miami-Dade JCC leaves 1 dead in what police called an act of domestic violence appeared first on Jewish Telegraphic Agency.