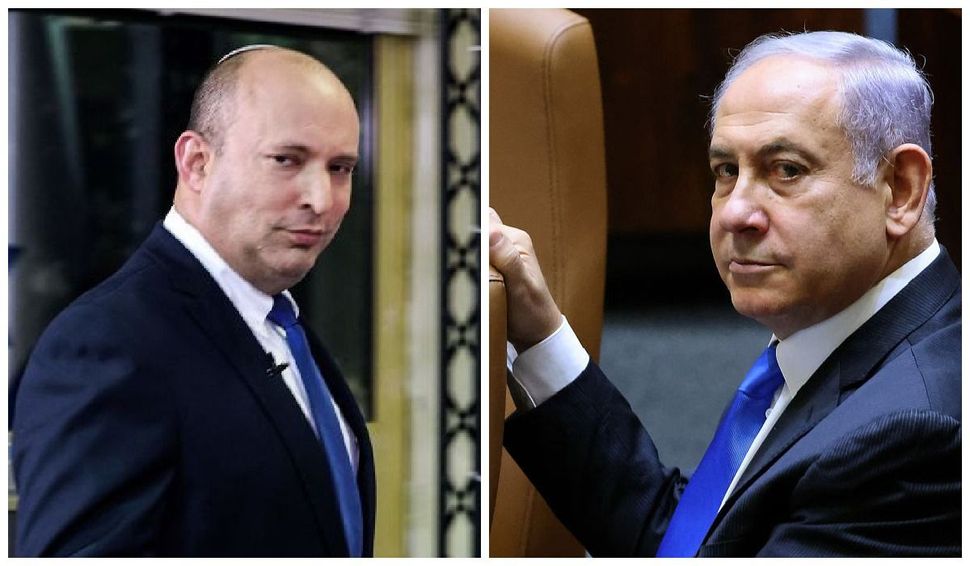 Idit Silman, the chairwoman of the Israeli government, abruptly announced her resignation from the coalition Wednesday morning, leaving it with 60 lawmakers and effectively ending its majority in the Knesset.

The announcement caught Prime Minister Naftali Bennett by surprise, who was unable to reach Silman by phone following the announcement. Bennett and Silman were scheduled to meet Tuesday, but Silman cancelled the meeting at the last minute.

Silman later broke her silence in a resignation letter to the prime minister, citing that some coalition partners “are unwilling to make compromises.” Ending the government’s slender, 10-month majority, she said “the time has come to form a national, Jewish and Zionist government” and called on Bennett to “join hands to be a voice to the values for which we were elected.”

In the wake of the news, opposition leader Benjamin Netanyahu said, “I was very excited to hear MK Idit Silman’s statement and I congratulate her on behalf of the masses of the people of Israel who wished for this moment. Idit, you are proving that what guides you is a concern for the Jewish identity of the State of Israel and the Land of Israel, and I welcome you back home to the national camp.”

He further called “on everyone who is elected by the national camp to join Idit and return home to us. You will be received with all due respect and with open arms.”

According to a senior coalition member, Silman agreed with people close to former Prime Minister Benjamin Netanyahu to be part of the Likud list in the next election.

The source, who said he had warned Bennett on talks between Silman and Netanyahu’s office, added that Silman was promised the role of health minister in any Likud-led government.

Her move comes days after a public row with Health Minister Nitzan Horowitz over his directive for hospitals to allow visitors to bring leavened food products, known as chametz, during Passover in opposition to Jewish law.

Silman’s defection brings to end the coalition’s narrow majority, which has weathered several storms in almost a year in power. Without 61 MKs, the coalition government is unable to advance any legislation in the Knesset without support by opposition members.

However, without the Joint List’s support, the opposition is missing seven more coalition members needed to form an alternative government.

The opposition could instead promote a proposal to dissolve the Knesset, with the support of only one additional Knesset member, but it is likely that lawmakers will not be in a hurry to support it for fear that elections will bring an end to their political careers.

In light of Silman’s resignation, Meretz lawmakers Mossi Raz and Esawi Freige have called on the Arab-majority Joint List to join the coalition in order to block the potential formation of a right-wing government.

The chairman of the Joint List, Ayman Odeh, outright rejected any prospect of joining the Bennett-led government to keep the coalition afloat: “At the time, we recommended Gantz and Lapid in order to overthrow the Netanyahu, and we will not be a lifeline for Bennett and Shaked. This is a bad government.”

Within the coalition’s own ranks, fellow Yamina member and Religious Affairs Minister Matan Kahana expressed shock to Army Radio Wednesday morning about the news Silman’s retirement “more or less 30 seconds before I went on the air.”

“I hope it is reversible, I have not talked to Idit yet, and in moments like this it is worth talking before reacting.” On the question of introducing chametz to hospitals and the confrontation between Silman and Health Minister Nitzan Horowitz, Kahana said: “In my opinion, the chametz storm is a completely unnecessary storm, which began with a casual statement by the health minister. In essence, nothing has changed compared to last year.”

In an interview with 103FM, Likud’s MK Miki Zohar said that he and Silman spoke yesterday. “I told her that I think the right thing for her is to resign from this coalition,” he said.

“I tend to believe that if it goes all the way there will be a few more MKs who will not want to continue in the coalition, and that will lead to the end of the government,” Zohar said.

Later on Wednesday, at 4:00 PM, demonstrators are expected to gather outside the home of Yamina’s MK Nir Orbach to pressure him to follow Silman’s lead and defect from the coalition. Meanwhile, Bennett is meeting with Orbach and Interior Minister Ayelet Shaked, and has also ordered coalition lawmakers to refrain from giving interviews.

Likud chairman and opposition whip Yariv Levin, this morning welcomed Silman’s decision and called on “everyone who is elected by right-wing voters to follow the path she has paved and do the same.” Several political sources revealed that Silman and her husband had met with Levin multiple times in recent days.

Levin added he “wholeheartedly and deeply appreciates MK Silman who this morning did the right thing, the Zionist act and announced the termination of her membership in the left-wing coalition. In her move, Silman saves the State of Israel from a dangerous and unprecedented process of deeply harming the Jewish character of the state and the foundations of its existence.”

Chairman of Religious Zionism Bezalel Smotrich also called on members of the coalition’s right-wing parties to resign. “The end of Bennett’s non-Zionist government and the Islamic movement and as soon as it’s possible it should be replaced by a Jewish, Zionist and national government.” Smotrich, who was formerly a party colleague of Silman, was involved in formulating her resignation letter.

Meretz MK Yair Golan said, “Anyone who has never been involved in politics can understand that this [chametz] is a faint excuse, there is more political opportunism here than adherence to sacred principles. If Idit Silman was looking for a reason, she was probably looking for any reason she could find.”

The United Arab List’s Mansour Abbas, whose participation in the coalition has been a key pressure point for Silman, said, “It’s the same trap from the last three years. Even if we go to the polls, it’s not certain that we’ll see different results.”

On Sunday, Silman demanded that Health Minister Nitzan Horowitz cannot “continue to be a minister” following his instructions to hospitals not to block visitors from bringing in bread or other leavened products throughout the Jewish holiday of Passover. Such products, referred to as ‘chametz,’ aren’t permitted by Jewish law for consumption during the holiday.

Silman, who chairs the Knesset’s Health Committee, drew comparisons to Jewish observance of this religious law during the Holocaust.

“People during the Holocaust fasted on Passover so as not to eat chametz, and a minister in the State of Israel within a coalition like ours unfortunately says to introduce chametz,” she said.

“I expect the Minister of Health to respect the public and the coalition” and “take into account the feelings of the traditional public,” otherwise, “we can not allow such a person to continue to be a minister,” she declared, accusing Horowitz of “crossing of a red line.”