Zelenskyy: Ukraine will look more like ‘Big Israel’ than Europe in the wake of Russia’s war 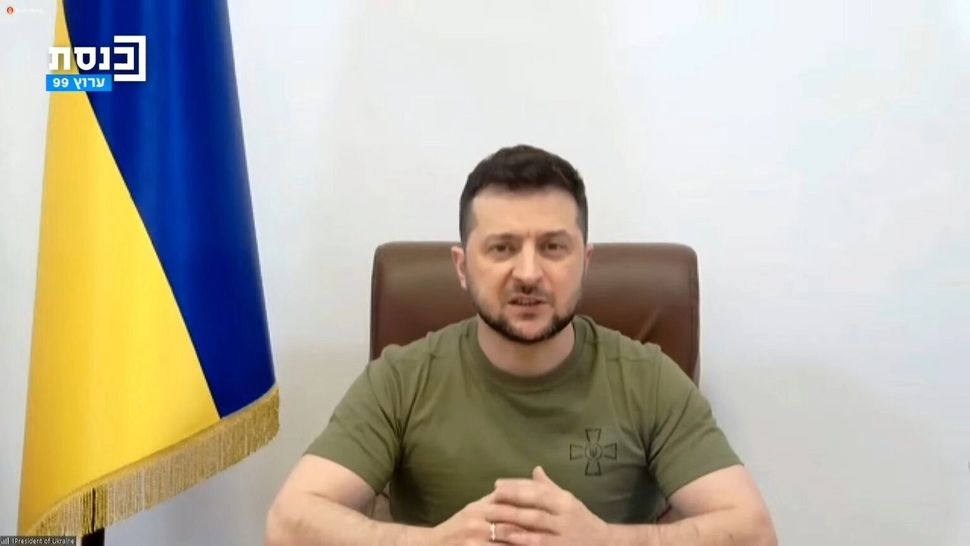 (JTA) — Volodymyr Zelenskyy, Ukraine’s Jewish president, said his country will look more like Israel, a democracy on constant military alert, than like their more relaxed European neighbors, given the prospect of long-term tensions with Russia.

“We will become a ‘big Israel’ with its own face,” Zelenskyy said Tuesday at a briefing for Ukrainian media, Haaretz reported. “We will not be surprised if we have representatives of the armed forces or the national guard in cinemas, supermarkets, and people with weapons. I am confident that the question of security will be issue number one for the next ten years. I am sure of it.”

Armed soldiers are ubiquitous in Israel, where there is a mandatory draft for men and women and where men may do weeks of reserve duty every year into their 40s.

Zelensky clarified that he was not anticipating an autocracy. “An authoritarian state would lose to Russia,” he said. “People know what they are fighting for.”

Russia’s war against Ukraine, in its fifth week, has drawn into battle civilians who have been rapidly trained in the use of rifles and other means of combat.

“Ukraine will definitely not be what we wanted it to be from the beginning. It is impossible,” Zelenskyy said. “Absolutely liberal, European – it will not be like that. It will definitely come from the strength of every house, every building, every person.”

—
The post Zelensky: Ukraine will look more like ‘big Israel’ than Europe in the wake of Russia’s war appeared first on Jewish Telegraphic Agency.

Zelenskyy: Ukraine will look more like ‘Big Israel’ than Europe in the wake of Russia’s war