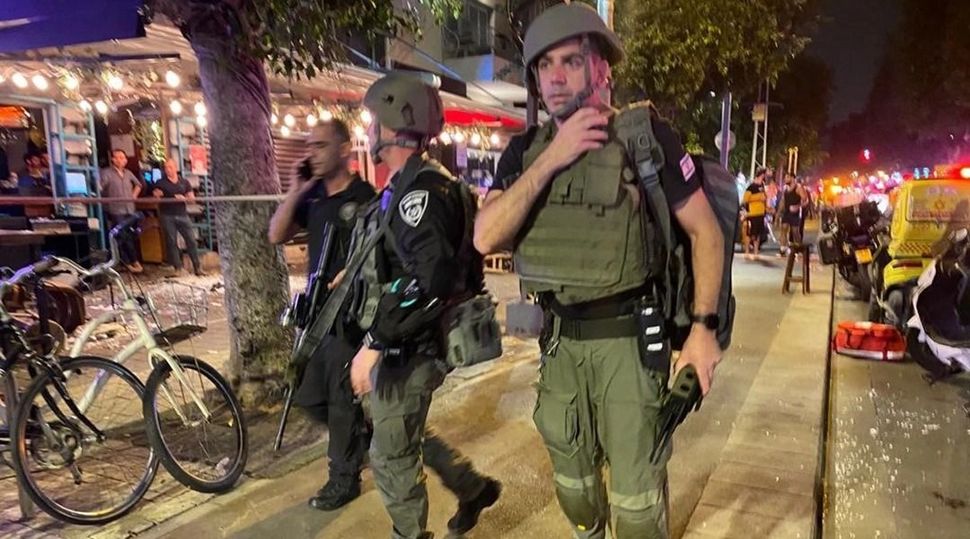 Police and rescue workers at the scene of a terror attack on Dizengoff street, central Tel Aviv, April 7, 2022. (Avshalom Sassoni/Flash90)

(JTA) — This is a developing story.

One was said to be in critical condition, according to the Magen David Adom, Israel’s main first responder.

Police said they were in pursuit of two gunmen, and called on people to stay indoors and stay away from windows. Witnesses described policemen running through the city streets, guns drawn.

Media reports claim the attack occurred on a busy section of Dizengoff Street, where bars and restaurants are concentrated.

Terrorists, some identified with the Islamic State group, killed 11 people within Israel’s 1967 lines over the course of a week last month.

The attacks come at the beginning of Ramadan, the Muslim holiday when tensions are often heightened around prayer spaces in Jerusalem. Israeli police and Muslim worshippers clashed for weeks around the same time last year.