A company thought it had a winning Passover product. Then things got sticky.

Social media erupted when a Kosher Dekal’s counter liners did not work as advertised. 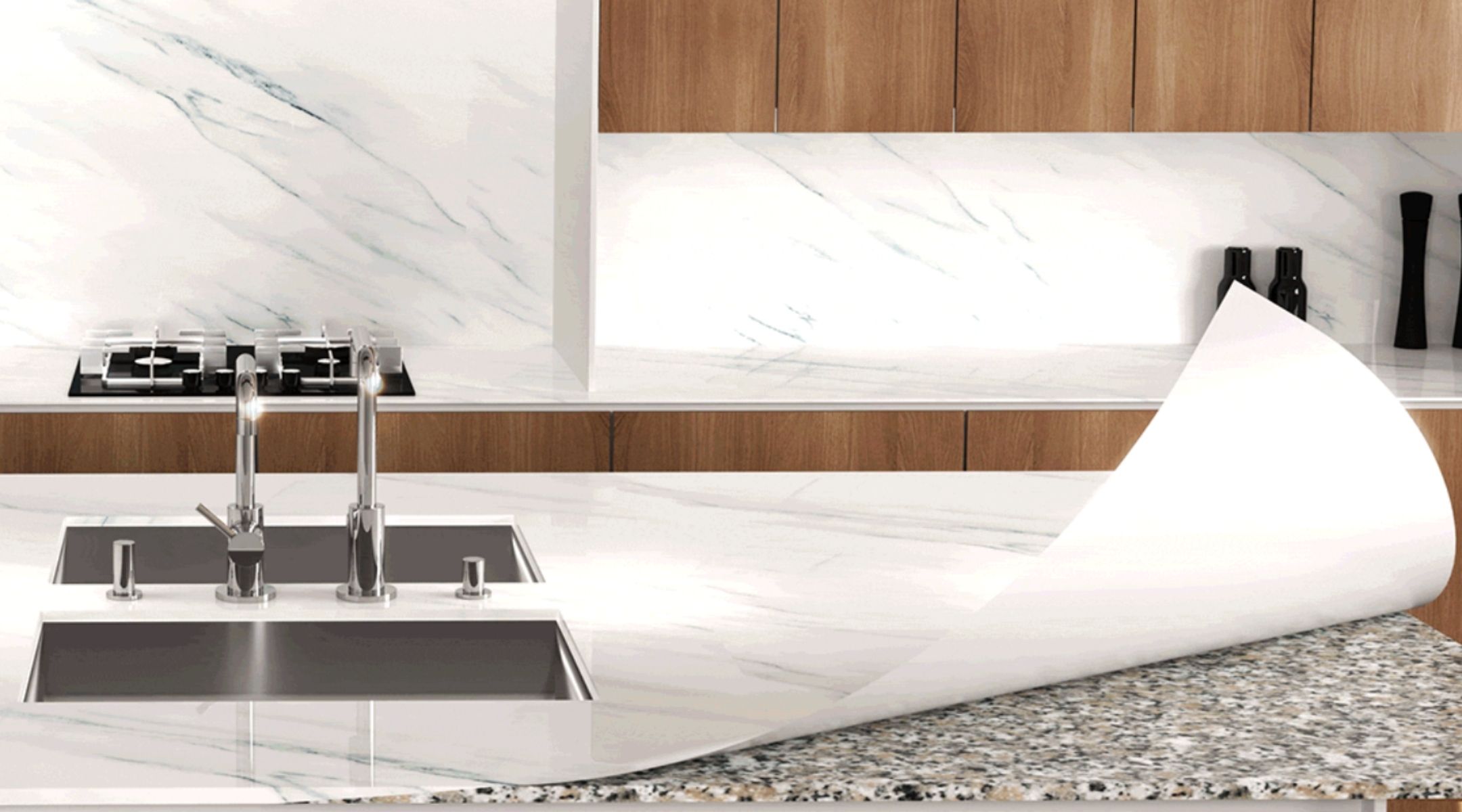 (New York Jewish Week) — In the ever-expanding market for products tailored to the observant Jewish consumer, Kosher Dekal thought it had a winner.

The New Jersey-based company advertised its Passover counter linings as “a smooth and attractive” product that was “easy on” and “easy off.” Similar to peel-and-stick removable wallpaper, it was designed to temporarily cover kitchen countertops that had been scrubbed clean of leavened foods, which are forbidden during the holiday.

When Passover ended on Saturday night, however, customers found that while the linings may have been easy on, they were hardly easy off.

“After Pesach ended, the nightmare began,” said Shaun Couzens, a New York-based customer who used the linings for Passover. “I still have some stuff on my countertops.”

In the days after Passover, dozens of people left comments on Kosher Dekal’s Instagram page complaining about the residue left by the product, which Couzens compared to the rubbery residue left after one peels a label off a jar. Criticism of the company leapt to other social media sites, including Twitter and Instagram.

Many comments were deleted by the company, which later apologized to customers through a seperate post.

“We are deeply sorry,” Kosher Dekal posted on an Instagram story. “We apologize for any inconvenience this may have caused.” 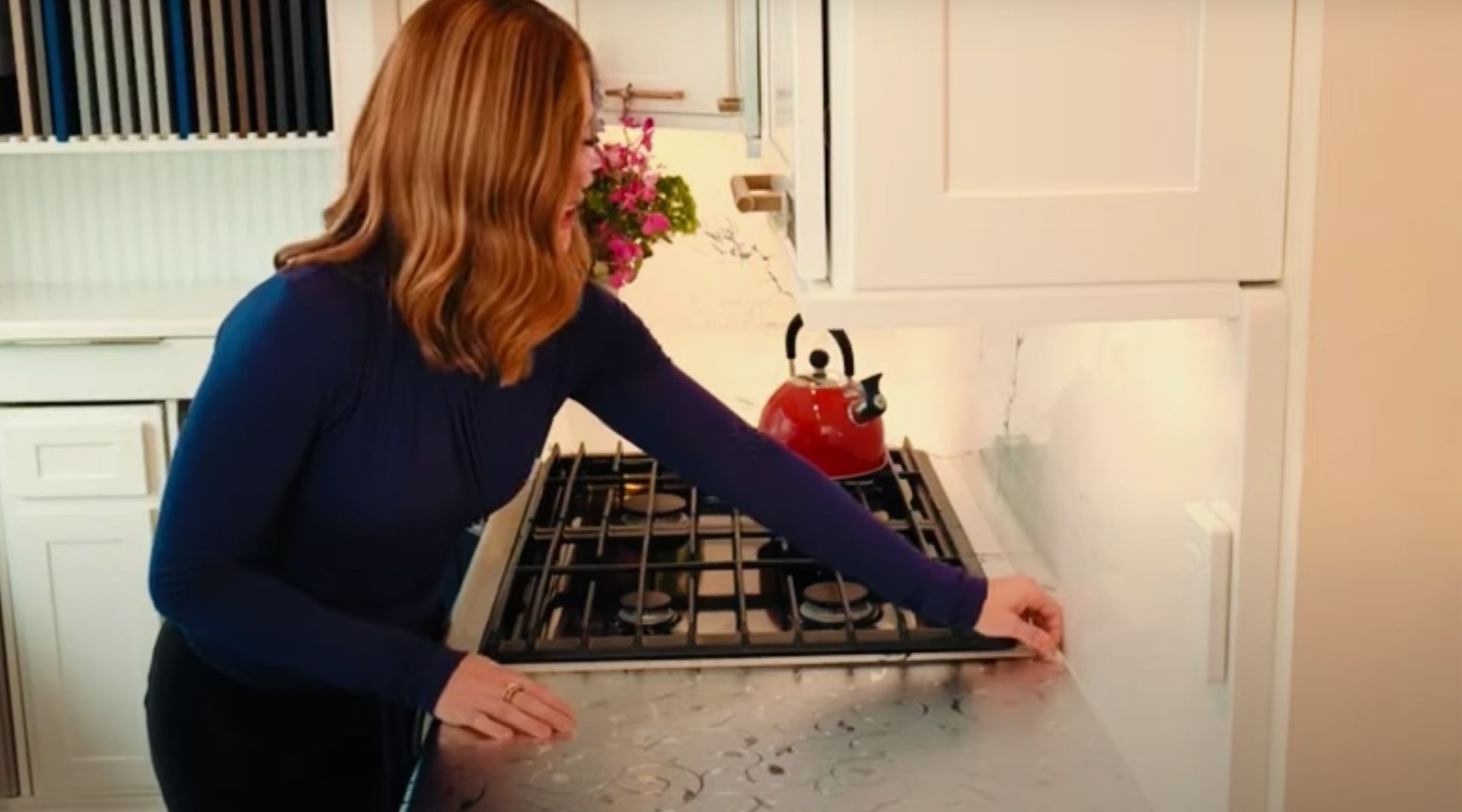 In a promotional video for Kosher Dekal, a woman takes off the product from a kitchen counter. (YouTube)

A source affiliated with Kosher Dekal said the company provided over $100,000 in refunds to customers in the first few days after the complaints.

The product and the complaints are a window into the kosher marketplace, where even highly specialized items can find a profitable niche among motivated religious customers.

In observant homes, Passover often demands a frenzy of house cleaning, in which floors, surfaces and cupboards are scrubbed of any residue from bread or other leavened products. Some types of surfaces are porous and cannot be properly “kashered,” or made kosher for Passover. There are varying opinions about which types of countertops can be kashered; generally, solid stone can be kashered, while synthetic or composite surfaces cannot. Typically, Jews with these types of counters make do by covering them with plastic or cardboard.

Kosher Dekal, however, positioned itself as “an elegant and easy solution.” It advertised its wares on sites run by prominent Orthodox Instagram influencers, including BusyInBrooklyn, an account with over 90,000 followers, and @the_comic_cook, an account with more than 30,000 followers. Such accounts have become an important marketplace for reaching the kosher consumer —  as well as forums for advice and gripes.

The source affiliated with Kosher Dekal said that the company invested $150,000 in advertising for the product.

Couzens said that he learned about the product through Fleishigs, a prominent Orthodox food magazine with over 30,000 followers on Instagram. He said the Kosher Dekal ads caught his attention because they were more “elevated” than the “boring” advertising of other kosher products.

“Their ads were a breath of fresh air,” Couzens said. “I guess this subconsciously influences people. It seemed like a product that might make things a little easier in the kitchen, so we tried it.”

Fleishigs Magazine and the Instagram influencers did not respond to requests for comment, but Malkie Knopfler, who runs the_comic_cook, posted about the product on her Instagram page.

“Like many of you, I bought a counter cover that turned out to be a disappointment,” the post said. “Would I buy the product again? Likely not. But do they [Kosher Decal] deserve to be lynched verbally and financially?” 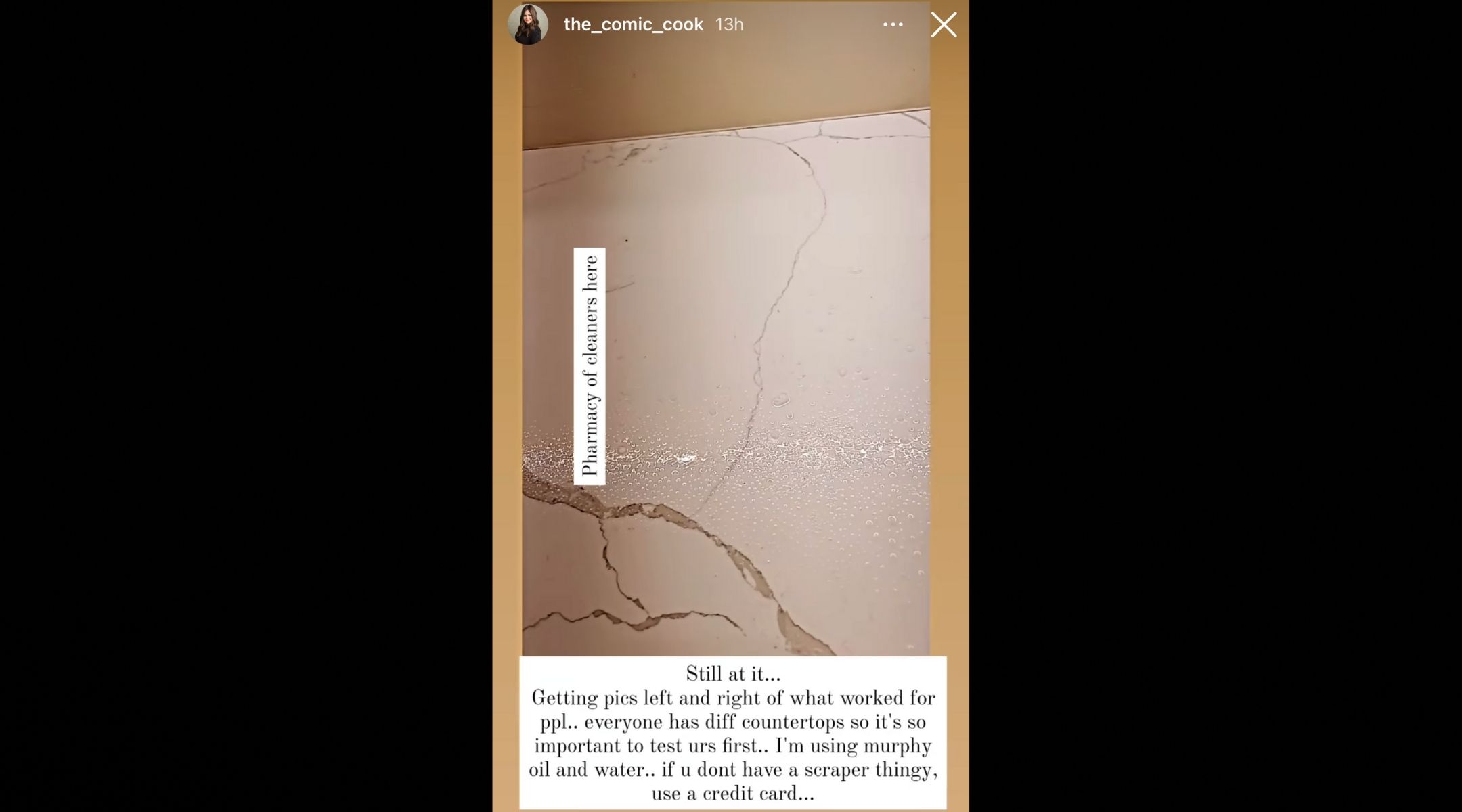 A screenshot from @the_comic_cook Instagram page shows tips for removing residue left on a kitchen counter from a product sold by Kosher Dekal. (Instagram)

Screenshots of WhatsApp messages obtained by the New York Jewish Week showed that Kosher Dekal used a factory in China that admitted to “a mistake from a production line worker.”

The source affiliated with Kosher Dekal would not reveal the name of the Chinese factory.

“We are so sorry about the trouble we brought you,” the message from the Chinese factory said. “The quality assurance didn’t control it well.”

In another message, the factory in China said that it can only compensate Kosher Dekal with $10,000.

“We truly hope it is helpful for you,” the message said. “I know you met a great loss and a big problem on your brand indeed.”

Kosher Dekal also shared via Instagram stories messages the company received from customers who had no problem with the countertops, showing that not everyone had a bad experience with the product. One message called the countertop covers “a gamechanger” and “made the kitchen look normal, clean and neat.”

“We did have an issue with the residue, but that is a minor point,” the message said. “I wanted to reach out and thank you for the product and the hard work you put into it.”

The source affiliated with Kosher Dekal told the New York Jewish Week that “the majority of people enjoyed” their product and “it worked perfectly for them.”

Couzens said that he was given a refund and believes the people who made the product want to “make it right for next year.”

“It’s clear to me that these people really wanted to make a product that would help the community,” Couzens said. “I feel a little bad for them actually.”

He added that the company deserves another chance “even though people were upset with how it worked.”

“This is the real story,” the company source said. “A proud Jewish company lost everything, not their fault, and responded in the most honorable and dignified way. And yes, some people on social media took it for a ride.”

A company thought it had a winning Passover product. Then things got sticky.