The leave came after a leading German newspaper reported allegations against Rabbi Walter Homolka and his husband, the spokesperson for Abraham Geiger College. (JTA) — The founding director of Germany’s liberal rabbinical seminary is taking a leave of absence amid allegations of sexual harassment against his husband, the seminary’s spokesperson, and criticism of his own leadership.

Rabbi Walter Homolka announced Friday that he would suspend his duties in the Jewish community and at the University of Potsdam, home to Abraham Geiger College, the liberal rabbinical seminary that he co-founded in 1999.

Homolka’s announcement came in response to a report in Die Welt, a major German newspaper, that his husband, Hartmut Bomhoff, had allegedly sexually harassed at least one student by sending the student a sexually explicit video.

The alleged misconduct took place in 2019, and the student who received the video initially reported the incident to local police, according to the Die Welt report. Citing a press inquiry, the college informed staff and students about the allegations two months ago.

But it was not until Die Welt’s report that the allegations — and the “climate of fear” that some said has characterized Homolka’s leadership — broke into public view, throwing many of the institutions at the heart of the renaissance of liberal Judaism in Germany into turmoil.

Homolka is the rector of Abraham Geiger College, which trains liberal rabbis, as well as executive director of Zacharias Frankel College, the seminary associated with the Conservative movement of Judaism, and the School of Jewish Theology, all of which are also housed at the University of Potsdam, located just outside Berlin. He also chairs the board of the Union of Progressive Jews in Germany, and serves on the boards of several Jewish educational institutions, scholarship foundations and rabbinic groups. 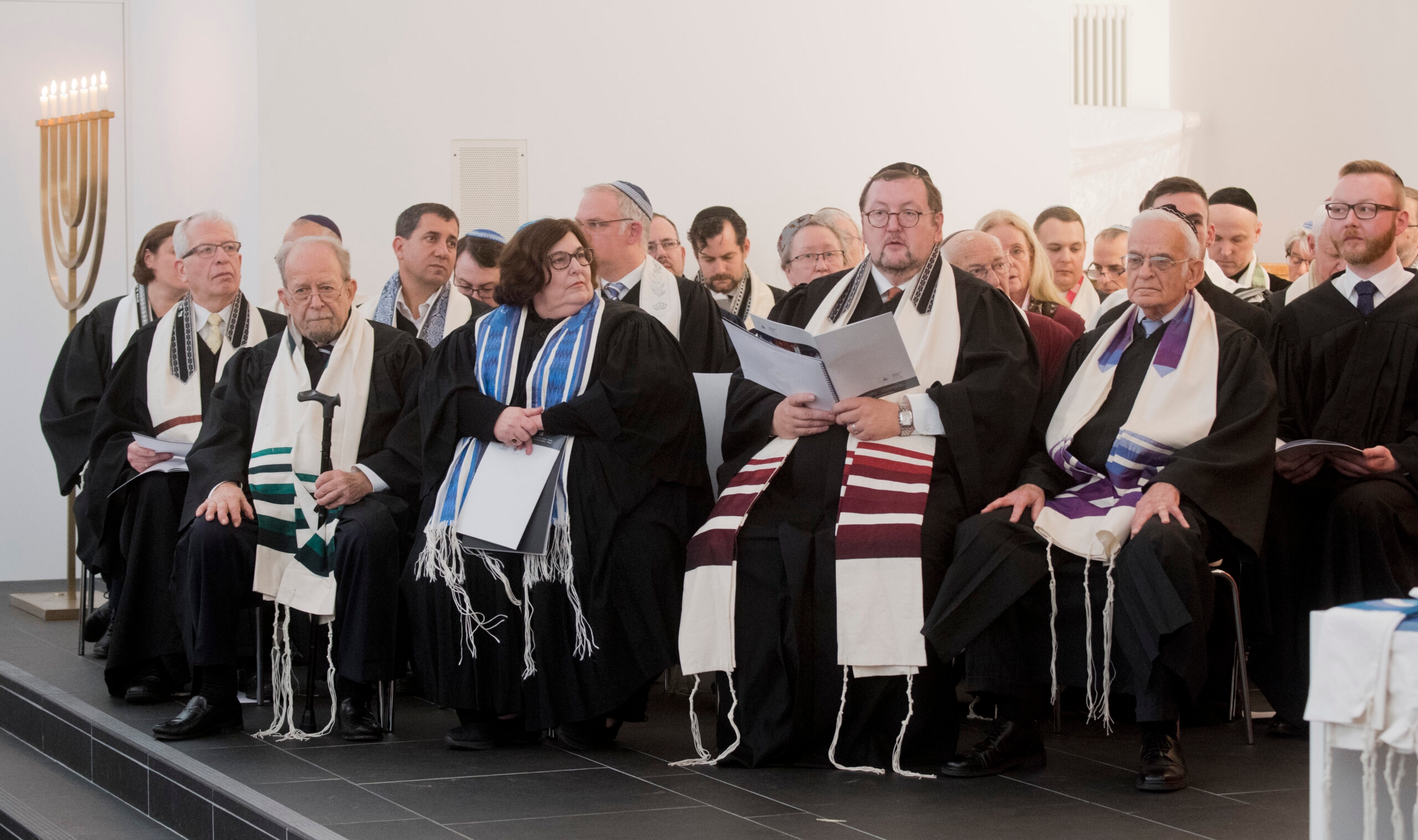 In those roles, Homolka controls or influences who is ordained as a non-Orthodox rabbi, the priorities of liberal Judaism in Germany and how the community’s resources are spent. The Die Welt report says that many people declined to be quoted by name because they feared retaliation.

Among the charges made in the article by staff, former students and others with knowledge of the seminary are that Homolka and Bomhoff propositioned, harassed or had sex with at least 10 students; that Homolka has misrepresented how he was ordained as a rabbi; and that he lacks substantive Hebrew and Jewish literacy.

“In view of the accusations made in the press today, I would like to express my personal dismay,” Homolka said in a statement sent to students, staff and media in Germany late Friday. “It hurts to have to read such things.”

Describing himself as a pioneer for liberal Judaism in Germany, Homolka suggested that the accusations were politically motivated and said he was certain he had not acted inappropriately.

“All activists have opponents,” he said. “I always strive to do the right thing in my work, and I am convinced that I have behaved correctly here as well.”

Bomhoff and his attorneys did not return requests for comment made by the Jewish Telegraphic Agency on Friday. Bomhoff told Die Welt in late February that he had been accused of “distribution of pornography, not sexual harassment” and that he was “ashamed” of the incident, the newspaper reported. A view inside the synagogue at the University of Potsdam. (Maro Niemann)

The allegations against Homolka come amid a broad reckoning within the Jewish world about how Jewish institutions have handled sexual harassment and assault claims. Both the Conservative and Reform movements in the United States released reports in the last year based on third-party investigations into their own practices, including at their rabbinical schools.

The German rabbinical schools were not part of those investigations.

According to the Die Welt report, the student who received the explicit video first informed local prosecutors. After being told there was “no public interest” in prosecuting, the student contacted Jonathan Schorsch, an American scholar who is on the seminary’s faculty. Schorsch brought the issue to the seminary, which launched an internal investigation, helmed by a rabbi and cantor in Homolka’s employ, that ultimately recommended mediation.

On March 1, Abraham Geiger College’s chancellor, Anne-Margarete Brenker, wrote to the school community to let members know that a journalist was looking into allegations about harassment by a school official of a student on Facebook. “The employee in question is Hartmut Bomhoff,” she wrote in an email, noting that Bomhoff was Homolka’s husband.

Other Jews in Germany said they were well acquainted with the dynamics and information in the story. 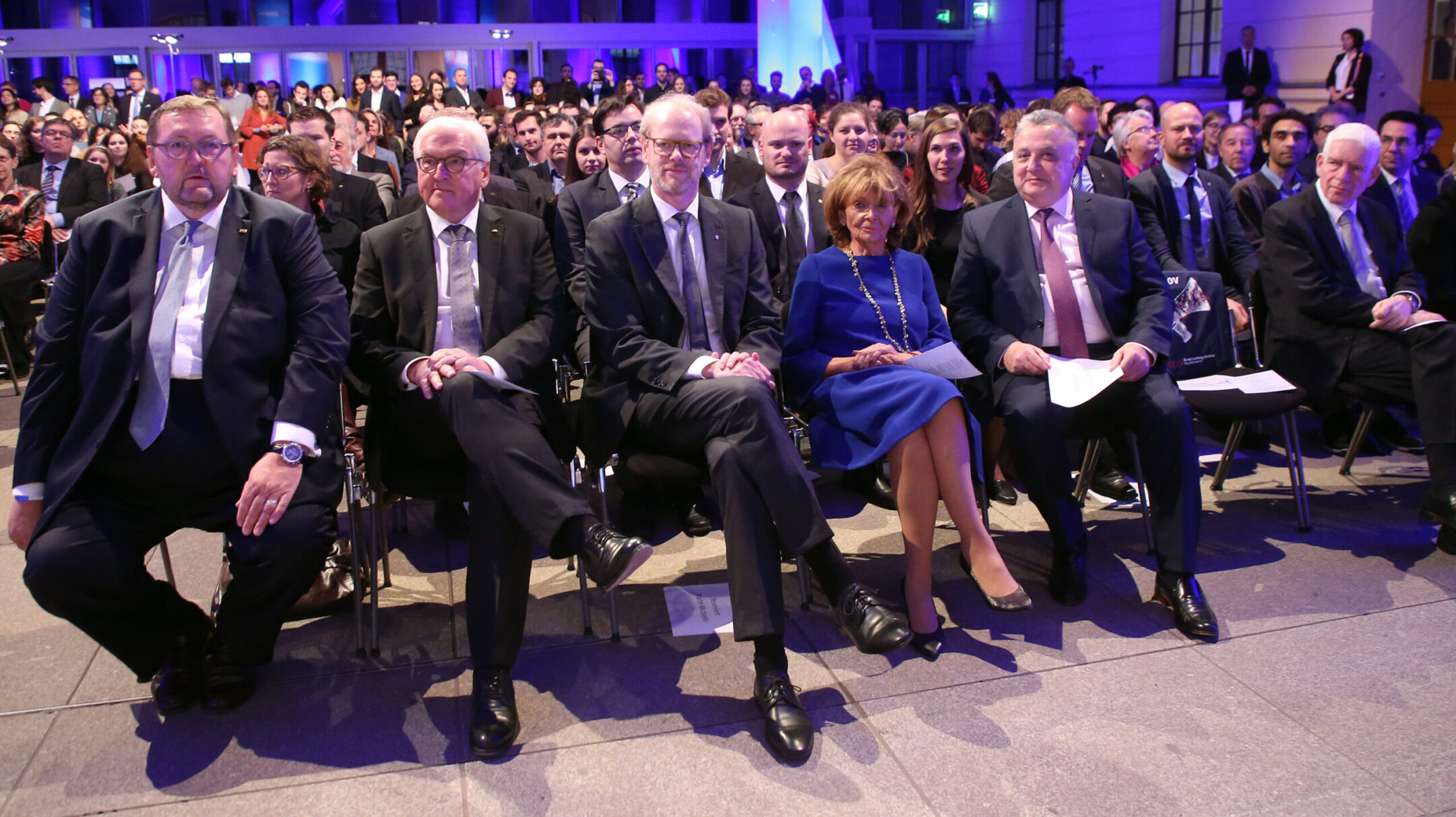 Rabbi Walter Homolka. at left, with other leaders of Germany Jewry including Josef Schuster, president of the Central Council of Jews in Germany, at far right, at an event in October 2019. (Wolfgang Kumm/picture alliance via Getty Images)

“I have witnessed too many people affected by this abuse (sexual and otherwise), and by the generally flawed system of power described in [the Die Welt] article,” Rebecca Blady, an American rabbi who is the managing director of Hillel Deutschland, wrote on Facebook. “To any victims of the abuse described here: I see you. I believe you. I am here for you.”

Rabbi Bradley Artson, dean of Zacharias Frankel College as well as of the Ziegler School of Rabbinical Studies at American Jewish University in Los Angeles, said the allegations against Bomhoff and Homolka would be investigated fully.

The University of Potsdam began an investigation several weeks ago and expects a result by August, Die Welt reported.

“These are serious charges and ZFC takes them seriously,” Artson told JTA by email. “We pledge full transparency and cooperation with any outside investigation by the university or the legal authorities. Dr. Homolka is on LOA immediately, pending the investigation’s findings and conclusion. We are committed to the safety and well-being of our students and faculty and will continue to monitor this closely.”

A firm response is essential for the future of Germany’s liberal Jewish seminaries, Christoph Schulte, a professor at the Institute for Jewish Studies and Religious Studies at the University of Potsdam, told Die Welt.

“A rabbinical college that does not publicly clarify and sharply sanction sexual harassment of rabbinical students is completely discredited morally and religiously,” Schulte said.