Manchester’s Jewish community is growing — so why is its oldest kosher certifier in deep financial trouble? Glatt Butchers has been the only storefront for MBD Shechita Services in Manchester, England. (Screen shot from Google Street View)

(JTA) — The Jewish community of Manchester, England, is one of the few in Europe that is growing dramatically.

Since 2011, the city’s Jewish population has increased about 20%, to a total of 30,000 people, mostly due to an influx of haredi Orthodox Jews, many of whom having left London for a lower cost of living.

But last week, in what seems on paper like a contradiction, the Jewish Chronicle of London reported that Manchester’s oldest kosher meat provider, MBD Shechita Services, is being dissolved after incurring debts of well over $400,000.

The company is looking to consolidate in a more financially viable way and hopefully reopen, Rabbi Daniel Walker, one of the directors of MBD Shechita Services, told the Chronicle. But the reason for the closure highlights the wide-scale demographic and social shifts reshaping the Jewish community in Britain and beyond.

MBD Shechita Services, which has operated under the auspices of the Manchester Beth Din, or rabbinical court, does not meet the stringent kosher requirements for the city’s haredi residents, who seek supervision from rabbis affiliated with their highly observant circles, according to a kosher meat professional who declined to be identified by name in this article. Rising meat prices and the rise of London-based kosher businesses that deliver have also hit MBD hard.

MBD was still satisfactory to thousands of Modern Orthodox Jews of the greater Manchester region, home to a diverse community with 40 Jewish schools and 50 synagogues of multiple denominations. But local haredi Jews prefer to buy meat from butchers and meat providers licensed by Machzikei Hadass, an international association of very strict haredi communities that is represented in Manchester and London.

Currently, haredi Jews account for about 25% of British Jewry, or about 74,000 people out of a total of approximately 300,000, according to a 2022 report by the London-based Institute for Jewish Policy Research, or JPR.

By 2031, haredi Jews will have become the majority group within British Jewry, a 2015 JPR report projected.

That trend is distinguishing the United Kingdom from the rest of European Jewry, whose share of the population of Europe is as low now as it was 1,000 years ago and is declining even further, according to a 2020 study by JPR.

In an era when former synagogues and schools are being sold off in Brussels amid what one former community leader is calling a “silent exodus of Jews” from that country, Britain, and England especially, are seeing new haredi communities striking root in such unlikely locations as Gateshead, a former mining town, and the former fishing village of Canvey Island. 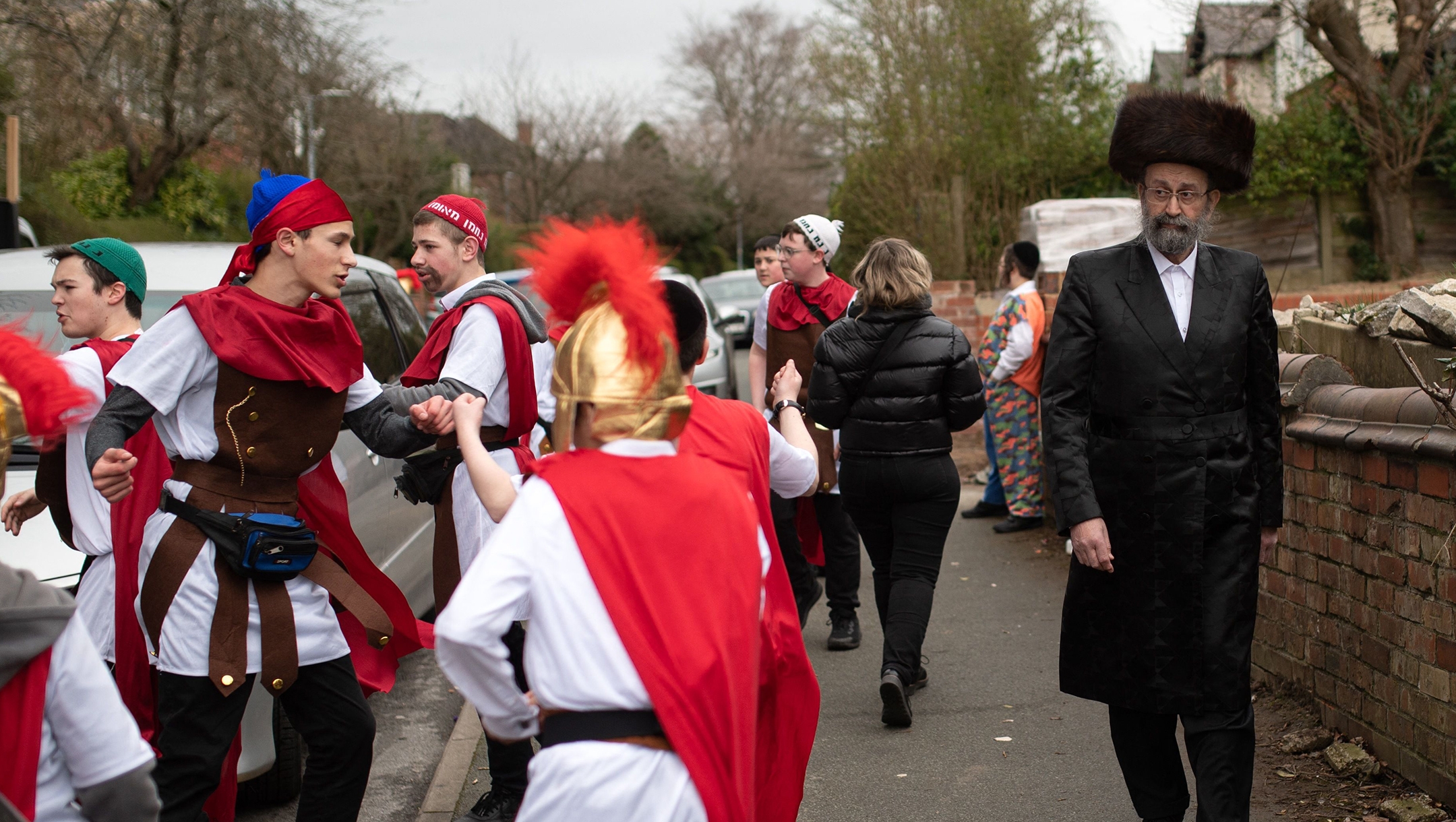 At the same time, many non-haredi British Jews have seen their communities decline, especially in such northern cities of Leeds and Newcastle, whose once-vibrant Jewish communities have become graying shadows of what they used to be. According to JPR, household synagogue membership figures in the U.K had by 2016 declined by 20% since 1990, to 20,166 households.

In Manchester, Jewish life is on full display in dozens of kosher restaurants, bakeries, supermarkets and Judaica stores.

“The vibrancy can be seen in quite a number of restaurants. So those eateries pretty much show that there are people wanting to socialize together, go out to eat together, there are bakeries. There are delis and there is Jewish life on the streets, if you like,” said Jonny Wineberg, a former chair of the Jewish Representative Council of Manchester.

But there are also growing pains, he added.

The haredi community’s insularity means that their schools have multiple issues complying with the requirements of Ofsted, the British education ministry. Multiple haredi schools consistently refuse to teach secular subjects either because they prioritize Jewish scripture or deem some subjects, particularly social science and biology ones, inappropriate.

“We need far better secular schooling within some of those schools, that are just failing kids and ensuring they remain in poverty instead of preparing them for society,” said Wineberg, a 56-year-old father of three who is not haredi and who had moved to Manchester from his Native Leeds in 1985, to study. “That’s our biggest problem long term.”

Manchester’s Jewish community is growing — so why is its oldest kosher certifier in deep financial trouble?