There are two Jewish players on the U.S. team. Plus, Israeli fans will be allowed into Qatar for the tournament. (JTA) — It’s a World Cup like no other in recent memory — starting in late November.

The headlines going in are focused on the country’s widely-criticized human rights record. The preparations for the first World Cup hosted in the Arab world have taken years to complete, have cost more than $200 billion and, according to human rights organizations, have led to the deaths of thousands of migrant workers.

Qatar also has no diplomatic relations with Israel, leaving Israeli fans in a tense situation — more on that below.

But beneath these headlines, there are other Jewish angles to the world’s biggest sports spectacle. Let’s dive in.

The US has 2 Jewish players 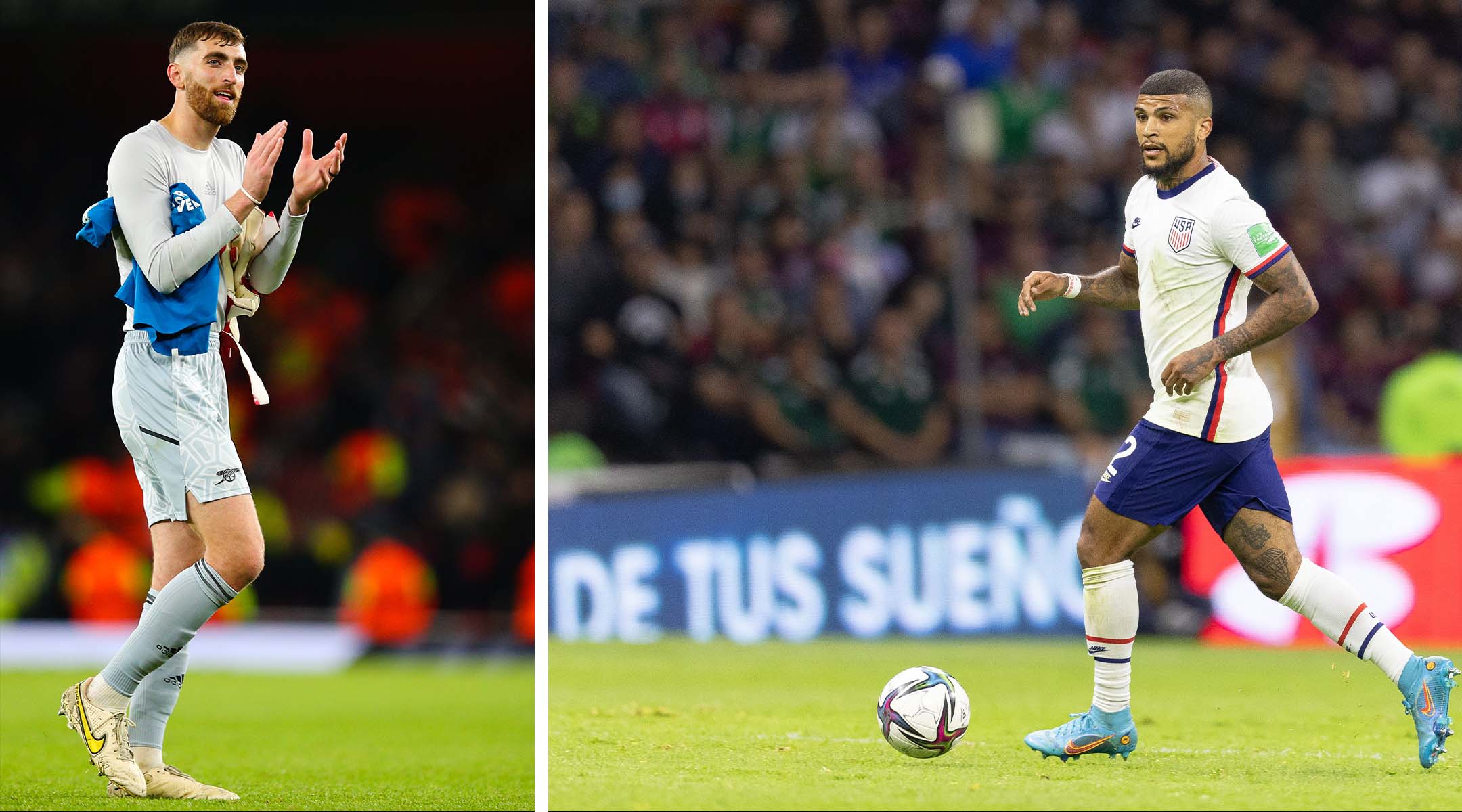 Matt Turner, left, and DeAndre Yedlin are both on the U.S. men’s national team. (Getty Images)

Jewish professional men’s soccer players from the United States who compete on the world stage are a rare phenomenon. But this year, the U.S. men’s national team has two on its roster — including the likely starting goalie.

Matt Turner, a 28-year-old New Jersey native who didn’t seriously begin playing soccer until he was 14, struggled to prove himself through high school, college and through the start of his professional career. After going undrafted in Major League Soccer, Turner joined the New England Revolution in 2016 and finally in 2020 ascended to the upper echelon of the sport’s goalkeepers. He’s now the backup keeper for Arsenal F.C., one of the top clubs in England’s Premier League.

Turner’s father is Jewish and his mother is Catholic, but he identifies more with the Jewish tradition, according to a profile in The Athletic. Turner’s great-grandparents fled Europe during World War II because they were Jewish and changed their name to Turner at Ellis Island, he explained on soccer journalist Grant Wahl’s podcast. Turner obtained Lithuanian citizenship in 2020.

Turner’s teammates on defense include DeAndre Yedlin, a Seattle native who was raised Jewish but has said he practices Buddhism. Yedlin has a large Hebrew tattoo on his right shoulder in honor of his great-grandparents.

Yedlin, who is of African-American, Native American and Latvian heritage, is in his first year of a four-year contract with the MLS team Inter Miami after spending five seasons with the Premier League’s Newcastle United. He is the only player on the U.S. roster with World Cup experience; he served a bench role in 2014.

While Yedlin’s playing time this year may not be much different, his off-field presence is seen as an asset.

(A third member of the U.S. team, forward Brendan Aaronson, is not Jewish, but has occasionally elicited questions about his background due to his Ashkenazi-sounding surname.) 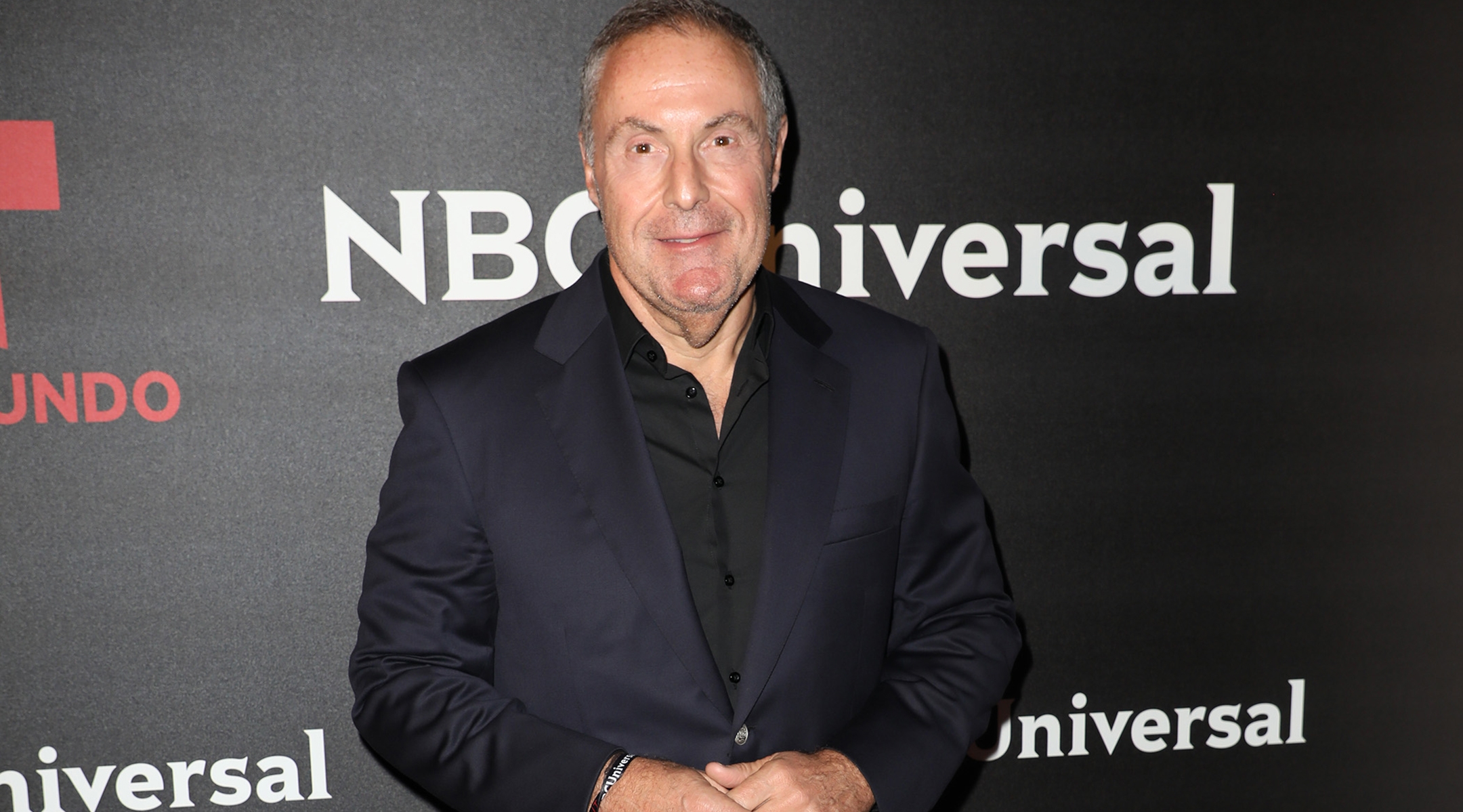 Telemundo’s coverage of the tournament, as it has for years, will feature plenty of “goooaaaaaals.”

That’s because it will include six-time Emmy award-winner Andres Cantor, the Argentine-Jewish announcer who perhaps is most responsible for popularizing long goal calls in the English-speaking world.

He will be joined by one of his mentees, two-time Emmy nominee Sammy Sadovnik, who has been with Telemundo since 2007 and covered sports since 1989. He’s a proud Jew from Peru who visits Israel every year. 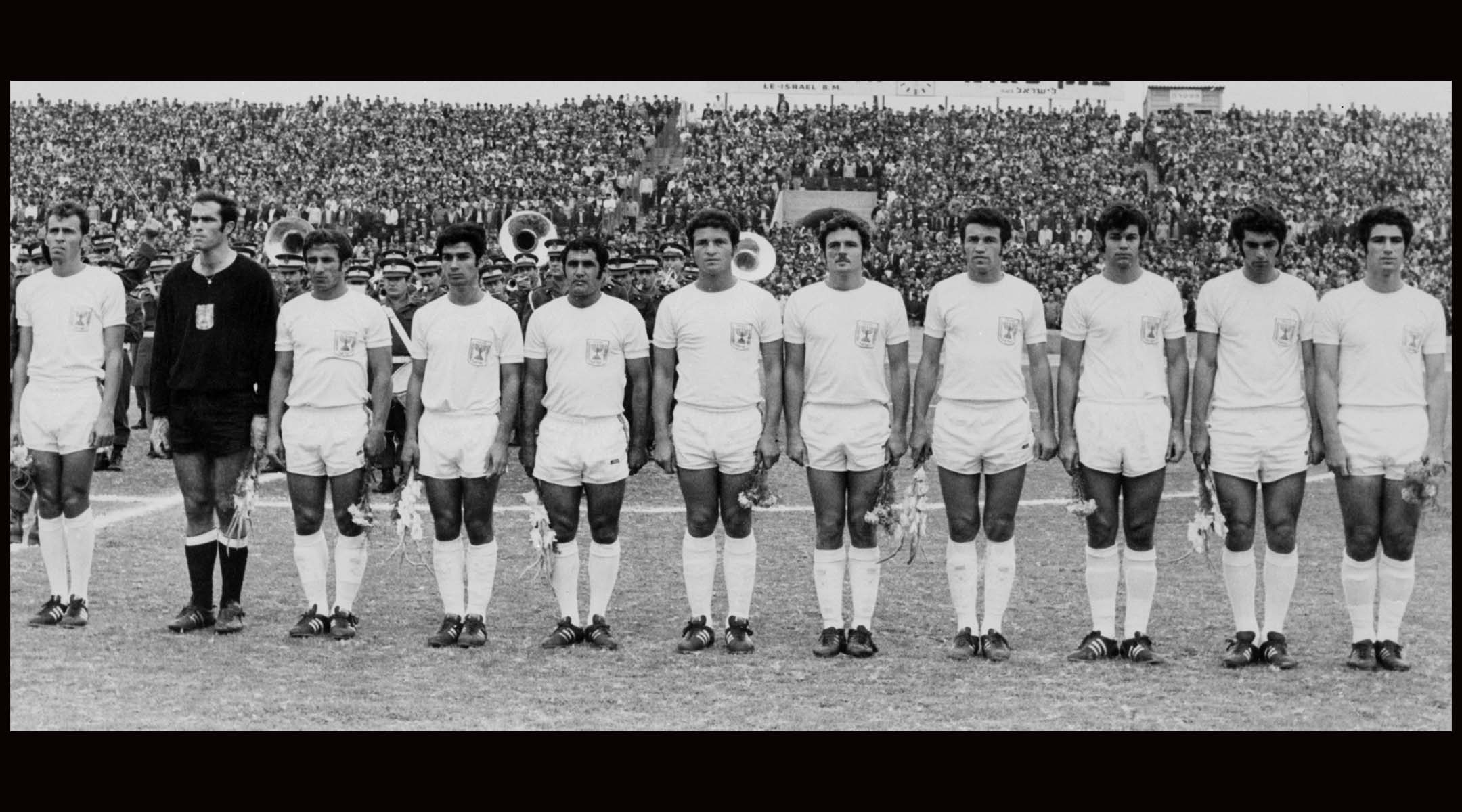 The Israeli national soccer team lines up during the national anthem before the start of a match against Australia in Mexico City, May 25, 1970. (Staff/AFP via Getty Images)

Israel’s first and only appearance in the World Cup was in 1970. That half-century hiatus is not due to a lack of talent.

Israel was one of the founding members of the Asian Football Confederation, joining in 1954, and would enjoy international success culminating in winning the 1964 AFC Cup. But Israel’s success was overshadowed by geopolitics — many AFC member countries began to boycott playing Israel over time.

In 1958, Israel won its World Cup qualifying group without playing a single opponent due to protests. In 1974, the AFC expelled Israel from the confederation in a 17-13 vote organized by Kuwait.

Israel would wander the soccer desert for two decades before securing full membership in the Union of European Football Association. Israel remains the only UEFA member without any territory in Europe.

That membership brings tough competition: Israel is in the same conference as soccer powerhouses like Spain, France and Italy. In the 2022 qualifiers, Israel was grouped with Denmark, also a perennially top-tier team.

Despite the tough competition and frequent antisemitism Jewish and Israeli players face across Europe, the Israeli Football Association is content where it is.

“We prefer our clubs and national teams playing at the European level,” Shlomi Barzel, a spokesman for the IFA, told the Jewish Telegraphic Agency in 2018. “We find a warm, welcoming and challenging home in Europe.”

Israelis normally aren’t allowed into Qatar, but this World Cup is an exception 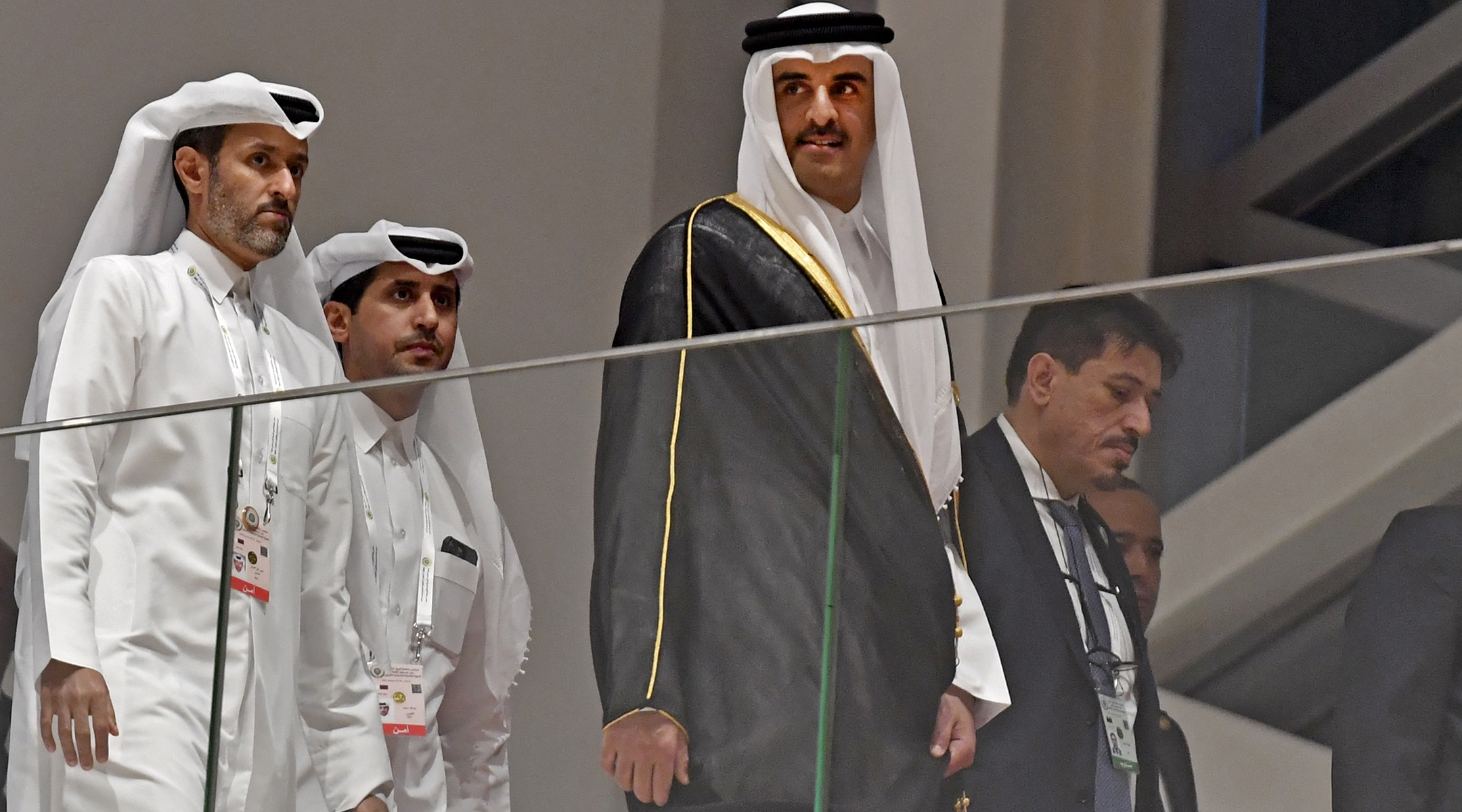 Israeli diplomats will also be permitted to offer support to Israelis during the World Cup — which will be crucial since Qatar, which is part of the Association of Gulf Jewish Communities, has a very limited Jewish communal presence. Chapters of the Chabad-Lubavitch movement normally help Jewish tourists procure kosher food and offer other support, but the closest Chabad center in the region is in the United Arab Emirates.

And while as many as 20,000 Israelis could make the trip, the Israeli government is still urging them to be careful.

“The Iranian team will be in the World Cup and we estimate that tens of thousands fans will follow it, and there will be other fans from Gulf countries that we don’t have diplomatic relationship with,” a senior Israeli diplomat warned fans as part of a Foreign Ministry campaign. “Downplay your Israeli presence and Israeli identity for the sake of your personal security.”