Jewish-Style Deli Not So Jewish 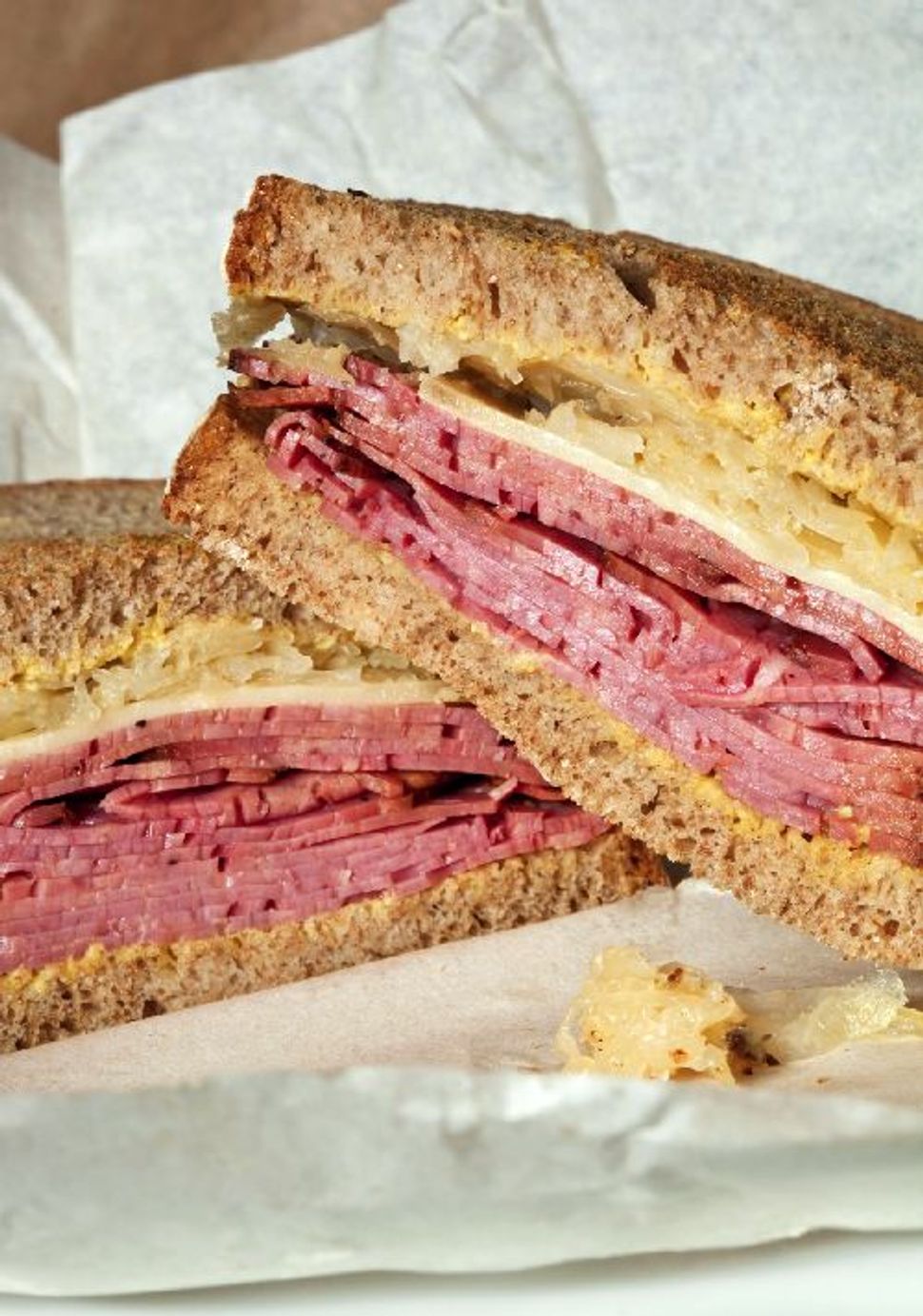 David’s Brisket House in Brooklyn sounds like your archetypal New York Jewish deli. Its website features a nearly pornographic shot of luscious pastrami on rye with sliced pickles. It’s got a Crown Heights address for serious street cred. And it even closes Friday for religious observances.

Except the observances are Muslim prayers. And the owners of David’s, as the Village Voice reported recently in a starred review, are named Sultan and Waleed.

There is, of course, an only-in-New-York story behind David’s. “The spot used to be under Jewish ownership until it was bought in the late 1980s,” Brooklyn Paper reported a few months ago. “But the skill and care with the curing process are still there — the marriage of juices, salt and intricate flavors in this sandwich are easily on par with the supposedly legendary Katz’s on Houston Street… leaving the mouth with its own saucy rendition of the ‘Hora.’”

The Voice, in its unsigned review, echoed those sentiments. “David’s closed for nearly a year not too long ago, and we thought the place was doomed,” the paper wrote. “Now it’s reopened, and it’s better than ever.”

David Sax, take heart: With Boerum Hill’s Mile End packing them in for Montreal-style noshes, and David’s traditions upheld by its nontraditional pair of proprietors, Brooklyn’s becoming a world capital of what we might call deli post-modernism.

Jewish-Style Deli Not So Jewish