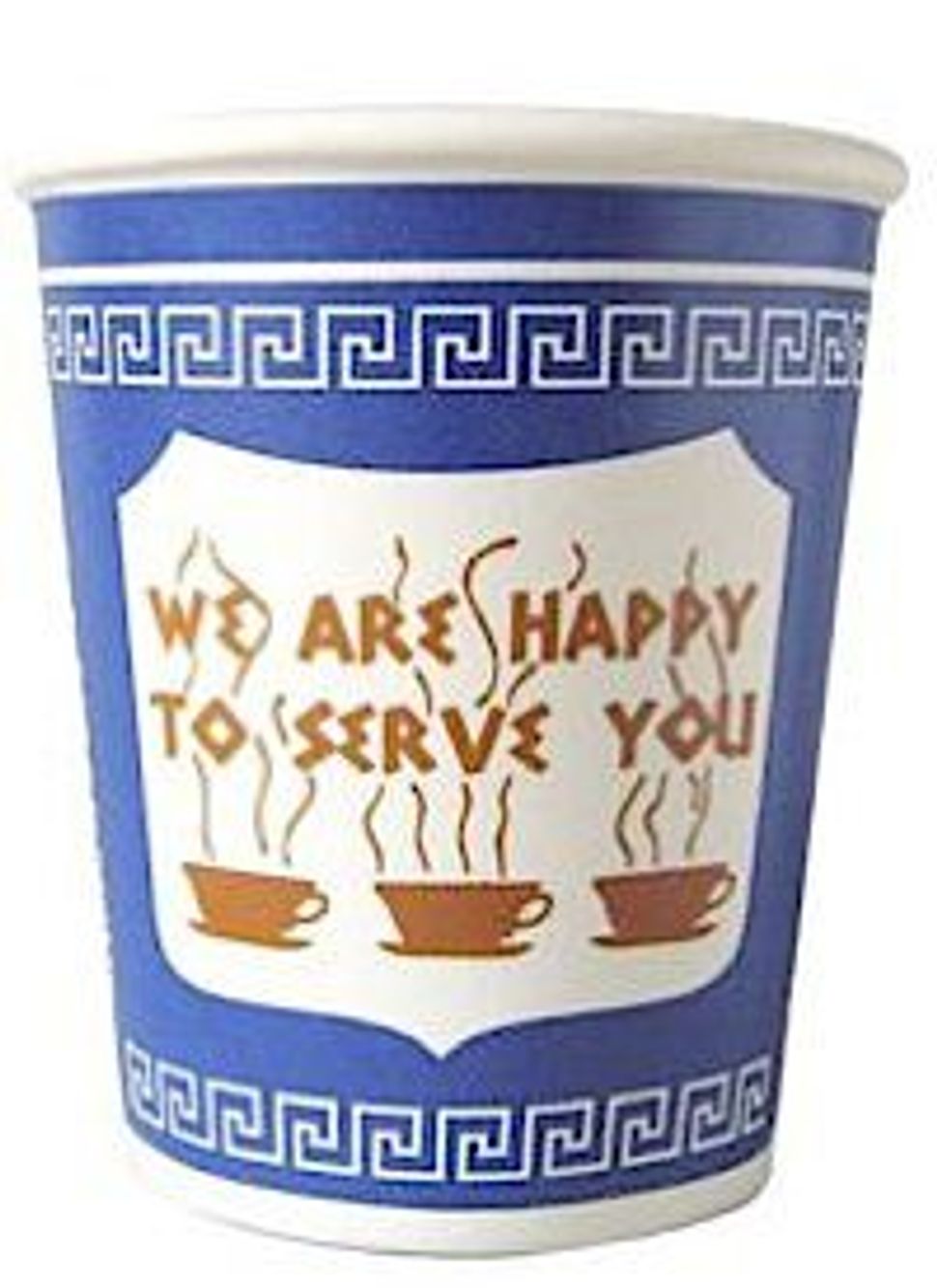 It’s little wonder, then, that most New Yorkers and frequent visitors have become inured to the persistent assault of graphic design. We see the restaurant signs and menus, but don’t think about them. We don’t ask of their history or their genesis; nor do we analyze them or question how they change our perception of our environment and our food.

But Alexander Tochilovsky, a graphic designer and adjunct professor at the Cooper Union isn’t content to let the city’s myriad signs, menus and fonts just pass him by. Inspired by the interplay of food and design, Tochilovsky has curated “Appetite,” an exhibition that examines the stories and ideas behind some of the city’s most iconic culinary images. Currently on view at the Herb Lubalin Study Center at the Cooper Union, “Appetite” features a variety of designs culled from restaurants, grocery stores, food trucks and fast-food chains.

Like the city’s culinary world, it covers a wide canvas. Exhibits vary from a photomontage of the foreign-language-inspired signs atop ethnic restaurants (you learn that the distinctive Chinese calligraphy-style font you see at Chinese restaurants is called Chop Stick), to visuals and information about Burger King’s latest logo, and a table filled with post-card sized photographs and blurbs about some of the city’s most famous restaurants.

Yet, the exhibition is most interesting when it provides an insight into the history and design process of the more mundane food-related objects. The guest check presented at the end of a meal, for instance, finds its design roots in the 1920s, in a template that remains relatively unchanged even today. Its distinctive green color can be attributed to the non-erasable ink used at the time to prevent people from changing the amount on the check.

The presence of Jewish designers is also seen in the exhibit. The Anthora – the blue and white coffee cup so distinctive to New York – that was created by Leslie Buck, a refugee from Nazi Europe, is on display. So is the logo and packaging of Dr Brown’s cream soda, which was re-designed by Herb Lubalin in 1975. As a tribute to the city he so loved, Lubalin incorporated old engravings of historic New York events on the front of every can. Look closely and you’ll still find etchings of the Central Park carousel, a New York ice-cream parlor, the Astor hotel and the Statue of Liberty on Dr Brown’s products.

Ultimately, says Tochilovsky, the exhibition aims to make the viewer think about how design might affect the way we experience food. It wants to expose us to the notion that even a simple, hand-painted bodega sign is nothing less than an attempt at creating a mood, at conveying an idea. A devoted gastronome, Tochilovsky says that he sees cooking and designing as similar processes. “In both, different ingredients have to work together. The only difference is that one is based on sight and the other on taste.”