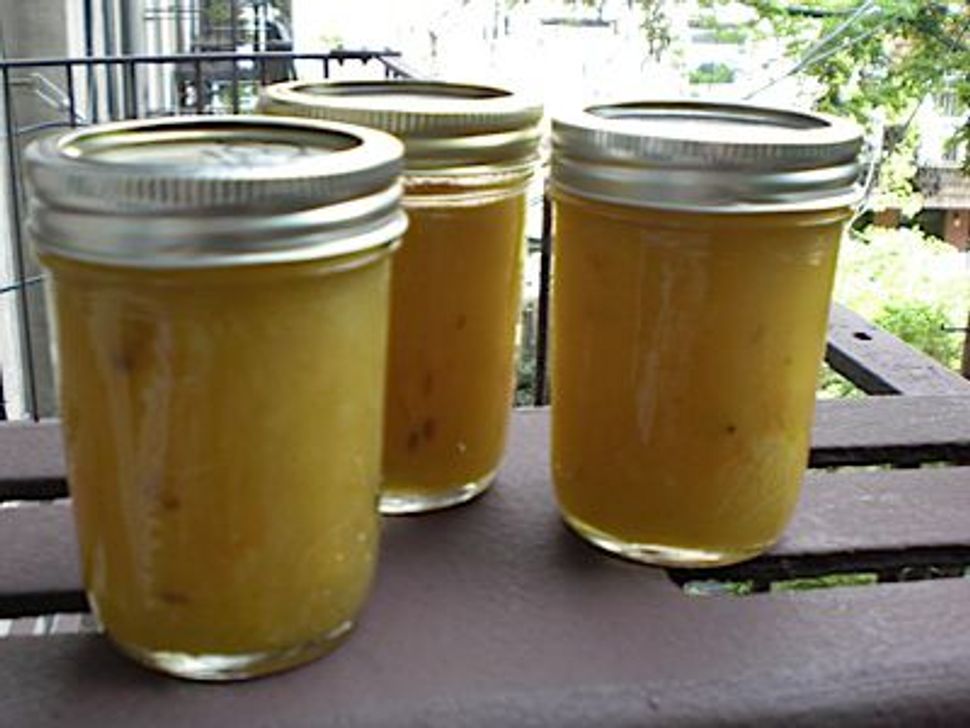 Autumn – and its component parts – will forever make me swoon. Bejeweled night skies, decisive evening breezes, the twin smells of fire and dried leaves. Most of all, I am in love with all things harvest. 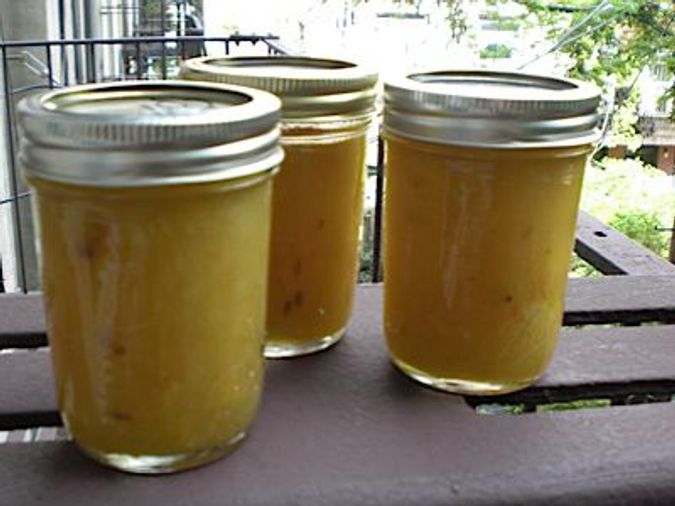 Of course, it goes to follow that Sukkot is my favorite Jewish holiday. Some of my fondest Sukkot memories involve laying the table thick with harvest-appropriate dishes – garlicky root vegetables, hearty savory kugels, hypnotically flavorful soups, perfectly honey-soaked and apple-spiced desserts – the feasting only periodically interrupted by a rousing song or three. Such an abundant spread had always seemed to me like the most utterly perfect way to mark both the holiday and the season.

That is, until I learned about canning, the perfect way to preserve the season’s harvest. And let me tell you, it took me longer than most. For years, I had been gifted with tiny adorable jars of relatives’ fruit butters and samples of friends’ fermented carrots before it dawned on me that there was the sliver of a possibility that I, too, might someday can.

If you’ve ever been a first-time canner with big dreams but thus-far-small-preserving skills, you’ll probably understand the trepidation I felt once I decided that this was the year I was going to try to make etrog marmalade. This, I thought, would be a perfect way to honor Sukkot’s tradition of giving thanks for bounty – not to mention, a way to indulge my romance with culinary whimsy. I returned one early September day, my arms full of mason jars, citrus and pectin, put Carole King on the record player, and set out on my etrog-marmalade-making odyssey.

Thanks to the delectable-yet-straightforward recipe I found on The Velveteen Rabbi, it was a slightly shorter long strange trip than it might have been. On a lark, I decided to add fennel seeds to this already-rich recipe, as inspired by this recipe on the blog What Julia Ate. And once I got into the process – my Sunday morning kitchen a mix of early fall fragrance through the open window and simmering spicy citrus on the stovetop – I realized I had been officially swept off my feet by my now-new harvest season ritual.

Etrog Marmalade With A Hint of Ginger & Tangerine

1) Cut etrogim, tangerine, and lemon into quarters and slice thinly. Remove and save the seeds in a bowl with 1/2 cup water. Put fruit slices in another bowl and cover with water. Cover each bowl with plastic wrap and let sit for 24 hours at room temperature.

2) The next day, pour out the water from the bowl of fruit slices (which will have absorbed some of the bitterness from the pith – etrogim are very pithy!) and put the fruits in a saucepan with new water to cover. Tie the seeds in a small piece of cheese cloth, and add them and their water (which may be viscous) to saucepan. Bring to a simmer, and simmer, covered, for at least 45 minutes. Remove the cheesecloth bag and squeeze it into the pot to get the last drops of the natural pectin released by the seeds.

4) Peel ginger root; grate the peeled root, and squeeze the resulting ginger fluff to yield ginger juice. Add ginger juice to the pan and stir in, blending well. Bring the proto-marmalade to a boil, and add pectin, stirring vigorously. Stir in sugar, and keep cooking over moderate heat, stirring occasionally and skimming off any foam, until mixture visibly gels on a cold spoon. (If this doesn’t happen reasonably quickly, try plan B: turn heat up to high and cook, stirring all the while, until the syrup reaches 220 degrees F, at which point it should set immediately if spooned onto a cold plate.)

5) Pack in sterile jelly jars with sterile new lids. (First time canners like myself can check here for a great starting place for understanding exactly how this process works.) Process in a boiling-water bath for 10 minutes. If any jars fail to seal, refrigerate them. Enjoy!