Food from the Tenements: What Jews Ate 100 Years Ago 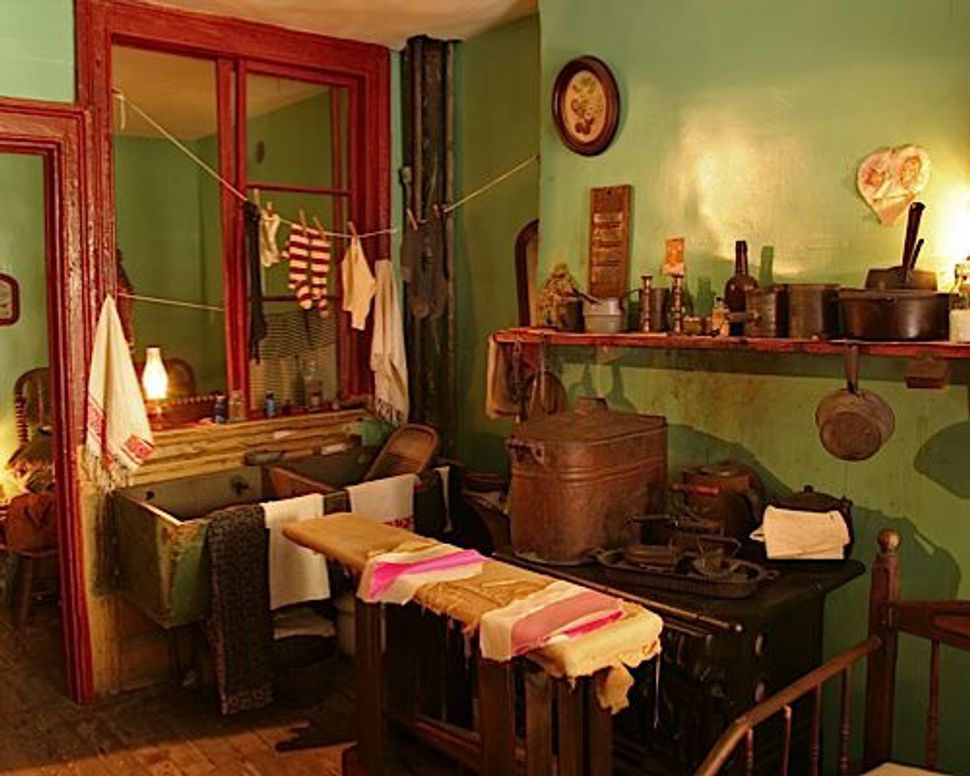 Borscht? Kugel? Pastrami? What exactly did our ancestors eat when they first immigrated to the United States? This was the question on the table for discussion at a recent “Beard on Books” evening at the Tenement Museum. Jane Ziegelman, author of “97 Orchard: An Edible History of Five Immigrant Families in One New York Tenement,” in conversation with Mitchell Davis, Vice President of the James Beard Foundation and a food historian, illuminated some of the answers and explained why dinner at a German family’s apartment was not so different from the Irish meal served next door. 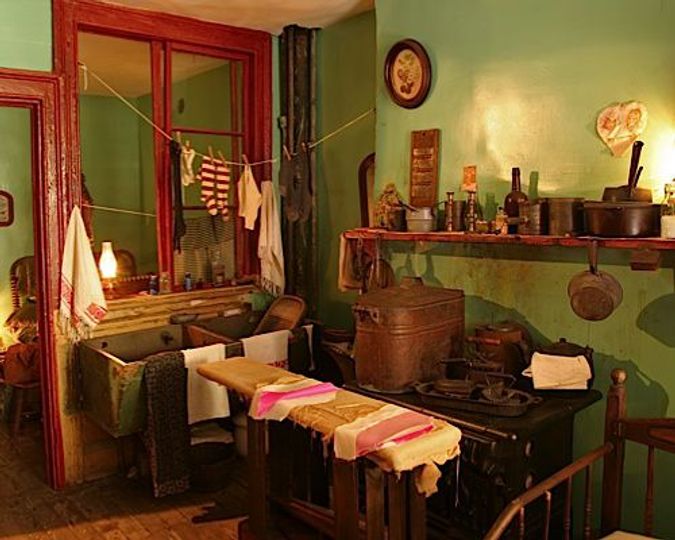 While each ethnic and religious group that lived in the Lower East Side around the turn of the twentieth century had their culinary specialties and preferences – Italians had pasta; Germans had sausage and Jews had all things pickled – immigrants all consumed the same few key ingredients. “Connected by their poverty – cabbage, potatoes and bread were staples and wherever you were, you depended on these. Your challenge as a cook was to take these [ingredients] and enliven them,” said Ziegelman. Each group used small amounts of meats or spices associated with their home country to season the bland diet.

The similarity of food amongst immigrants also came from a constant exchange between the ethnic groups that inhabited the bustling tenements. “Food was always whizzing up and down the building,” Ziegelman said, explaining that if one family had a death or a sick child, neighbors of various backgrounds would send over pots of food, creating both a physical and metaphorical culinary melting pot within the tenements.

Jewish foods from different parts of Europe also blended on the Lower East Side. “The New York delicatessen brought Jewish food from around the world – polish salamis, Romanian pastrami, Russian knishes and German frankfurters – together. None of them had ever met before,” Ziegelman said later.

While some of the foods and culinary traditions, which were born in the tenements, are still popular in New York, tracing their origins is complex, Ziegelman explained. Food was viewed mostly as a basic necessity and it was rare that recipes, which were passed from mother to daughter orally, were written down. Those, which were transcribed, were most often left without directions, only vague measurements and perhaps a kernel of guidance, leaving little for historians to construct virtual menus from.

Still Ziegelman was able to learn what immigrants ate from a glut of records kept by native-born New Yorkers who lived uptown and visited the “spectacle” of the Lower East Side, in part to try the immigrants’ food. These accounts, many of which were published in newspapers give us a better understanding of what our ancestors ate.

But for many families those culinary traditions at least on a day-to-day basis, began to change around World War I, according to Ziegelman. In 1919 the Board of Health organized an official school lunch program. New York city schools served “American food” (which at the time was cream of turkey soup, oatmeals and puddings, according to Ziegelman) at lunch. Girls and even their mothers took cooking classes in school to learn to “cook American” and children of immigrants began to reject their “mother food” in a process of assimilation. At the same time, as immigrant families prospered they began to leave behind the food of their immigrant poverty and certain foods “began to disappear from the Jewish table.”

Fortunately, some foods are being brought back to life through historical research like Ziegelman’s book. Though for others, like lung soup and stuffed spleen, you may be thankful that they were left in the tenements.

Food from the Tenements: What Jews Ate 100 Years Ago