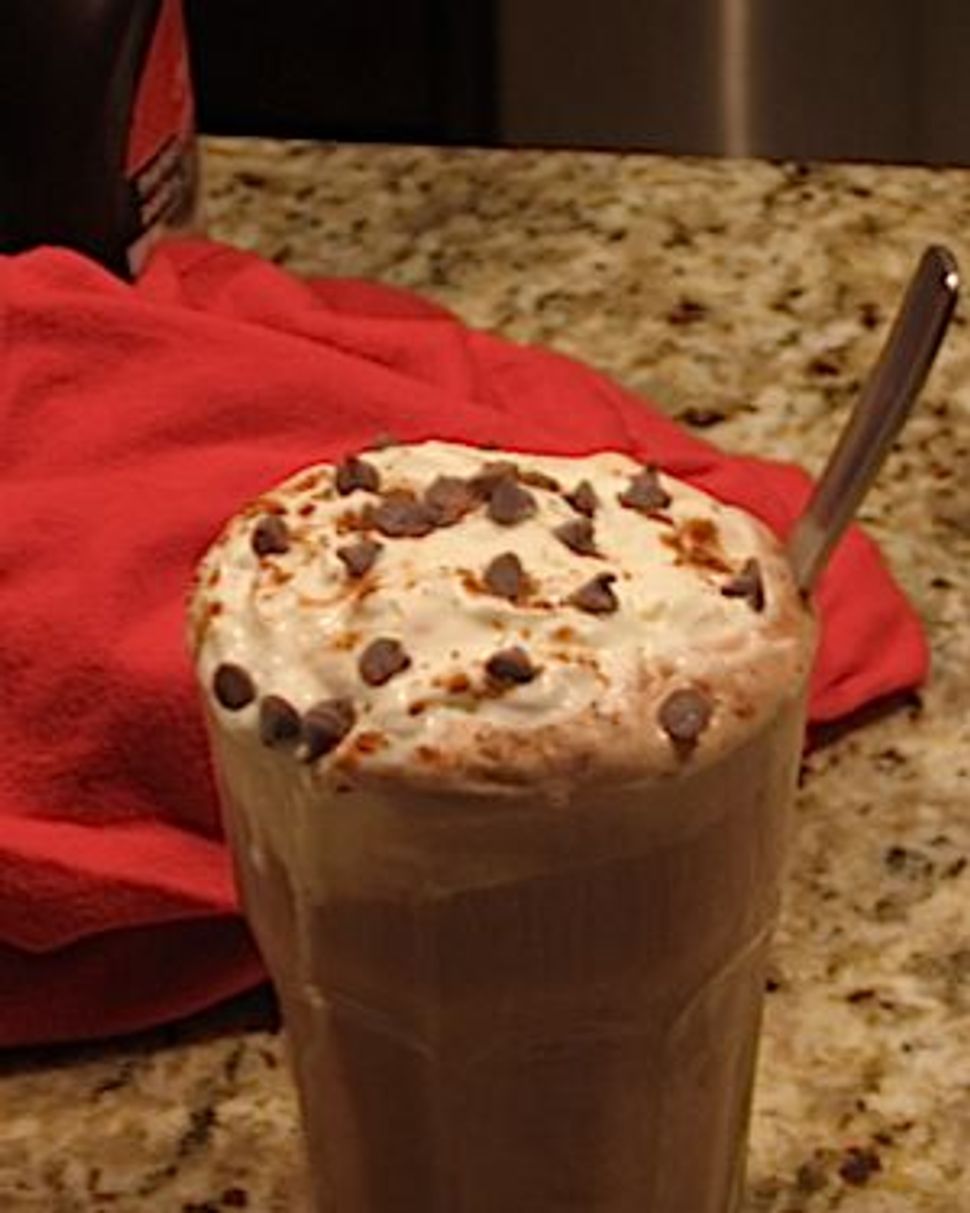 “Seltzer on the Jewish table is like wine on the French table.” So said my 91 year-old Grandma, Beverly Sober, on a recent Sunday afternoon. Seltzer is close to her heart, and with good reason. Her father, my great-grandfather, was a soda fountain salesman in Baltimore for decades after emigrating to the U.S. from Russia. She waxed nostalgic, “It just gives things a Jewish flavor.”

The recent buzz (or should I say fizz?) about seltzer comes as Barry Joseph’s much anticipated book on the history of seltzer “Give Me Seltzer— a Crisp, Refreshing History,” and places like the Brooklyn Farmacy & Soda Fountain are offering a taste of the classic lunch counter in a most contemporary and locally grown way.

Seltzer, with its origins in sixteenth century Germany, began as a naturally carbonated tonic known as selterwswasser. This term was translated into Yiddish as zeltzer wasser, and thus the English term “seltzer” was born. According to Gil Marks’ “Encyclopedia of Jewish Food,” Jews became heavily involved in the modern seltzer business after systems for making and bottling carbonated water were developed in the late 18th century and early 19th century. They brought this European trade to the United States and thus this parve drink became a staple of the Jewish household.

This seltzer hype, both old and new, shouldn’t surprise anyone. As a zero calorie beverage with bite, agua con gas is a versatile beverage that can easily be mixed into sodas and old-fashioned treats like egg creams. It picks things up where water falls flat. Seltzer can be made at home with fancy gadgets, ordered for delivery at your doorstep, or of course purchased at your local grocery. And from a Jewish perspective, with so many Jews historically involved in the seltzer business in Germany, Russia and then the United States, it reminds us of our peddler relatives, even if they were peddlers of shmates and not fizzy water. The following are three delicious recipes featuring seltzer, but don’t be shy to change the ratios if you want more fizz. Drink up!

A version of this drink was originally created in honor of Sycamore’s neighboring wellness clinic. It is reminiscent of a Moscow Mule.

Place one or two chunks of candied ginger in a 12 ounce glass. Add a splash of lemon juice and a splash of simple syrup. Muddle ingredients. Fill glass with ice and pour one and a half shots of bourbon over the ice. The glass should be half full at this point. Stir ingredients in a shaker. Pour drink back into the glass and fill it to the top with seltzer. Give the drink a quick stir and serve.

A dearth of delis in Washington, DC had me heading to the Parkway Deli & Restaurant in Silver Spring, Maryland in search of a quality egg cream. The deli, whose highlights include a serve-yourself pickle bar, offers a vanilla and chocolate egg cream as well as a chocolate phosphate, a milk-less cousin of the egg cream.

The shop’s egg-cream mixologist, Katie Dobinski, had never even heard of an egg cream before she began working at the deli a year ago. Now she is an enthusiastic and skilled egg cream creator and was glad to walk me through her process.

Pour whole milk into a tall glass, filling the glass about 1/3 of the way. Place an iced teaspoon in the glass and add a generous amount of chocolate syrup (Fox’s U-Bet brand only). Tip to the side and pour seltzer* almost to the top. Twirl spoon with a flick of the wrist in small, even circles until foam forms (about 20 seconds).

At the Parkway, chocolate egg creams are often made with Doctor Brown’s Cream Soda instead of seltzer. Warning: it is delicious.

Though cherry seltzer isn’t my personal favorite, I thought it would work well in an ice cream float. I was right.

Fill a tall glass ¾ of the way up with cherry flavored seltzer. Stir in a generous amount of chocolate syrup and a splash of milk until a bit of a foam head forms. Do not stir too much or your drink will overflow when ice cream is added. Gently plop two small scoops of cherry vanilla ice cream into the glass. A foam will begin to form around the ice cream. Top with whipped cream, mini chocolate chips and a dusting of cocoa powder. Consume with both spoon and straw.