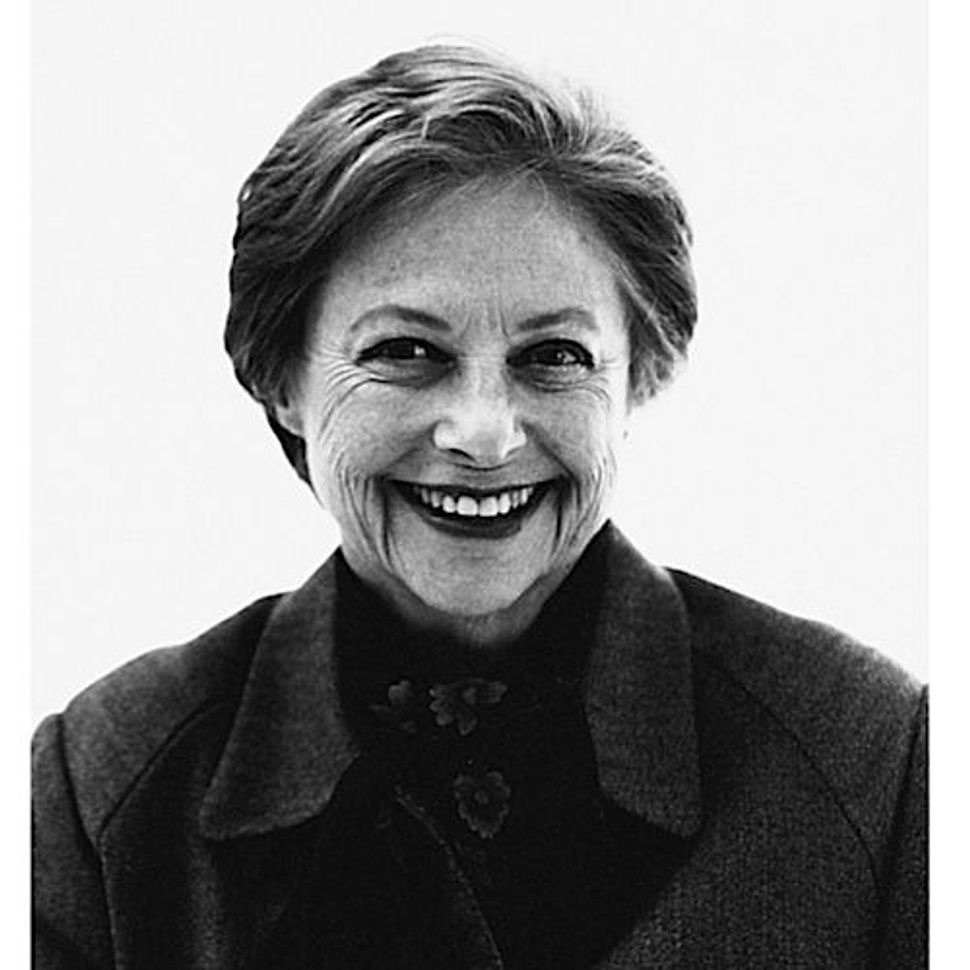 Aaron Kagan: How has the New York Jewish food scene changed throughout your career?

Mimi Sheraton: There’s been a loss of some of the things I like very much, such as the old style New York kosher dairy restaurant. I think they may have been a victim of cholesterol consciousness: just about everything had sour cream or butter or fat or something like that in it.

We also lost some very great kosher meat restaurants. The only example that’s still around, and it’s not kosher, is Sammy’s Romanian Steakhouse. There were all kinds of restaurants that did that Romanian broiling of the steaks and the chops and the chopped liver with the chicken fat.

In their place I think we’re seeing more of the hummus, babaganoush, Israeli-Middle Eastern vegetarian places taking hold. I think that is more attractive to the younger people, I think those are just more interesting flavors, and they happen to be in general more healthful. That’s been a great change, and we didn’t have any of that kind of restaurant even 30 years ago.

Do think Jewish home cooking has changed as much as Jewish restaurants?

I would say for young people with an eye to fashion and trends, absolutely.

Most of what we talk about, like matzoh balls, is Ashkenazi, but now there is more interest in Sephardic cooking.

Did writing “The Whole World Loves Chicken Soup” have any long-term effects on your own chicken soup?

Well I learned to make a lot of other kinds. I like very much a Persian one that was in there that’s hotly seasoned and had very fine vermicelli noodles. There was a New Orleans one, fried chicken and andouille gumbo, that I’ve served to people, and there’s a great Swedish one that takes about three days to make, what with all the cabbage and the little teensy meatballs and everything.

You’ve mentioned using some of your grandmother’s kitchen tools. How was it that you inherited them?

Well as my grandmother died some of these things nobody wanted, so they went to my mother, and my mother gave them to me. I took those things I liked very much, the two brass mortar and pestles, my grandmother’s original, lethal-looking carving knife, her chopping bowl, and my mother’s half moon chopper that you use for chopped liver, and her spring-form that she used for Passover sponge cake. It feels kind of nice to use them for those traditional things.

Do you use any of your grandmother’s recipes?

In my book “From My Mother’s Kitchen”, those are all from my grandmother to my mother, except for the American dishes. And nobody ever wrote them down. When I started to do the book with my mother and she was demonstrating the recipes and I was measuring, she said “are we gonna measure or are we gonna cook?”

What are some of your favorite memories of Jewish food?

When the big family gathered around the table, especially on Passover, and everybody had too much wine and told too many stories. There was one story in “From My Mother’s Kitchen” from when my grandmother was alive. She used to buy a live carp and keep it swimming in the bathtub until she was going to kill it to make gefilte fish, and I had a cousin who thought the fish was getting too cold. He ran hot water into the bathtub, and of course the fish rolled over on its side and was cooked long before it got to be “gefilted.”

Do you have any projects you’re currently working on?

I’m working on a big food glossary of all the things I love to eat, and I’ve been doing some articles for the New Yorker. But that’s it: the book [the glossary] has to be finished before I do much more.

Sheraton is also the author of several books, including The German Cookbook and Eating My Words: An Appetite for Life.