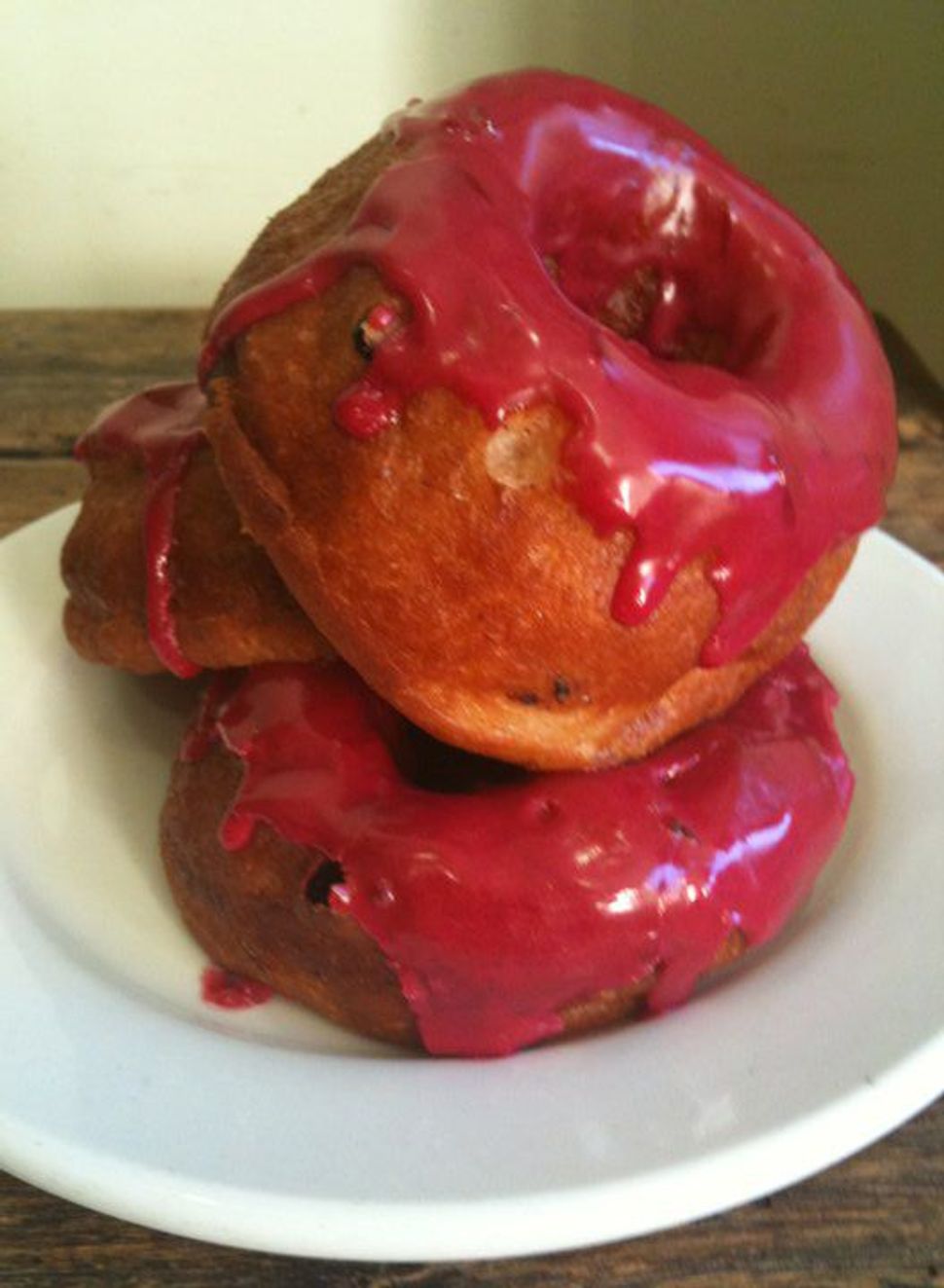 Each night of Hanukkah, donut blogger and connoisseur Temim Fruchter will share one of America’s best donuts to devour during the holiday. Click here to read last night’s installment and check back each day for a different city’s top donut.

I have three words for you: chocolate rosewater glazed. I couldn’t believe this place makes a donut that involves rosewater. Not to mention donuts featuring ingredients as haute gourmet as saffron, rosemary and lemon zest. Though, it’s a bit of a toss-up – Dynamo’s neighbor is an adorable classic donuttery called The Jelly Donut, whose fares will only put you out circa 85 cents and are good in the best old-fashioned-donut way. But if you’re susceptible to the flirtation of whimsical craft donuts and swanky ingredients (as I suppose I am) it seems that Dynamo needs to be on your holiday to-do list.

The first thing you need to know is that there is not a decent donut to be found anywhere in DC. (I’m happy to be challenged on this front; as a DC-area native I am, frankly, deeply ashamed of this reality.) While Rockville Town Square does not remotely count as DC, the local franchise Fractured Prune has gained much attention in DC. Inexplicably mascoted by something that looks eerily like a California Raisin, Fractured Prune’s donut is a different beast from a donut entirely. It is heavy and moist and dense French-toast-esque, almost like you’re eating it mid-deep-fry. For the perfect kid-in-a-candy-store effect, Fractured Prune donuts are served piping hot with a combination of your choice of toppings. A peanut butter glazed donut with chocolate chips and a honey glaze with cinnamon sugar are likely to put you in a donut haze for at least two hours.

Hanukkah relevance: For one donut, these suckers had enough oil to last the equivalent at least 8 donuts.