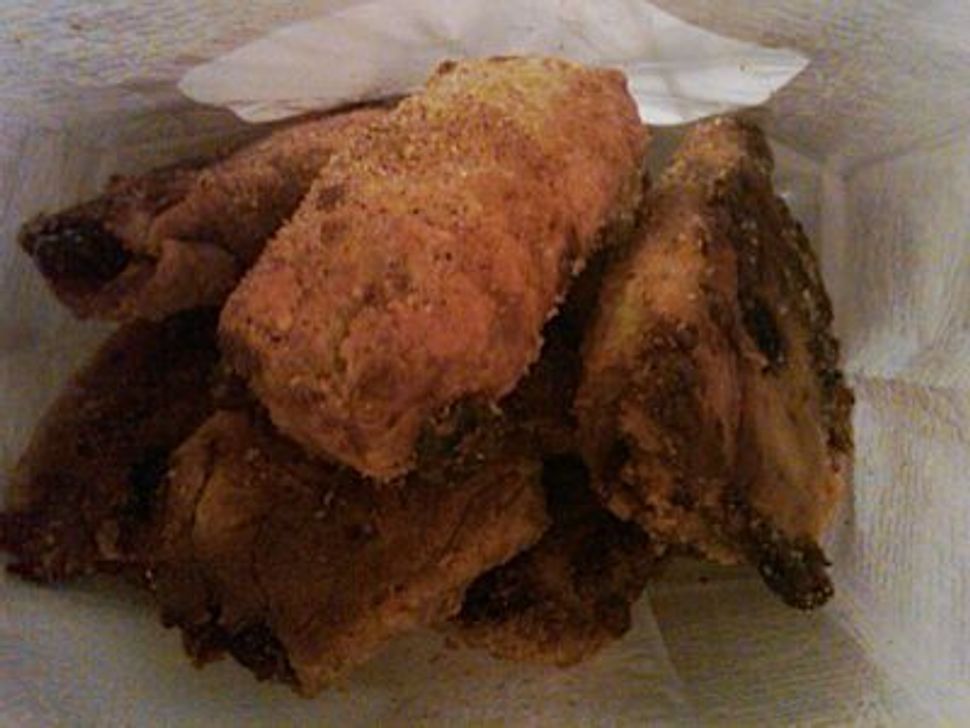 I have a confession… I used to be a commercial rugelach kinda gal. The actual bakery variety never tempted me. I always enjoyed the chewy, soft, slightly Pillsbury-like texture of Green’s cinnamon rugelach and the house brand from Zabar’s. I couldn’t even keep a bag of them in my apartment for fear of unfettered overindulgence.

All that changed, however, when I moved to Harlem, a historically black neighborhood, this winter and discovered one of the last purveyors of butter-dough rugelach in the New York City on West 118th street — Lee Lee’s bakery. The shop, which opened about a decade ago after moving from Amsterdam Avenue, is known by the sign that used to be painted on in its window advertising “Rugelach by a Brother” (that would be Alvin Lee Smalls, aka “Mr. Lee” the man behind Lee Lee’s).

Lee, who is African American and originally hails from South Carolina, had closed his bakery on Amsterdam Avenue after a series of surgeries. He worked part-time but missed baking and wanted to open his own place that would serve rugelach. When he was a younger man, he explains, “Rugelach were ‘the thing’ back then in New York. But now there are not too many people making good rugelach any more. They’re mostly from the factory.”

He saw the old Jewish and German-influenced bakeries fading from the city’s landscape. So he decided to try his hand at it. “I found a recipe but I didn’t like it, you know they came out hard as bricks so I kept playing around and playing around,” he explains. “I worked at it for a long time, and now the things I put inside make it them taste really good. I cook the raisins in honey, and with the raisins so soft it keeps the inside moist,” he explains.

Pareve, these rugelach aren’t. Delicious beyond belief, they are — particularly when they’re hot out of the oven. These morsels, in apricot and chocolate varieties (which are essentially the same but coated in gooey dark chocolate), are so satisfying and tasty that I can even find the self-control to eat them more sparingly in order to savor the flavor. They are light and moist, but in a crumbly, authentic way with a touch of crispiness and the delicious surprise bites of raisins and nuts. “Most rugelach are made with vegetable shortening, which is much cheaper and longer-lasting. Shortening behaves well at most temperatures and makes crumbly, tender doughs, but has no flavor of its own. Mr. Lee’s rugelach are buttery, magnificent, and fleeting,” says the New York Times.

Just off of the bustling Frederick Douglas Boulevard, the shop has found itself on one of the most rapidly-changing thoroughfares in the city. A new branch of the Upper West Side boutique bakery Levain, will soon be opening around the corner and swanky bars and lounges are rapidly setting up shop. Interestingly enough, Jewish life is trickling back into the neighborhood as well, which was a thriving Jewish area until World War I.

Lee Lee’s is an old-fashioned place in the midst of this chic explosion, and it almost went out of business last spring when a clinic across the street closed. The word is out and patrons from across the country have helped it come back from the brink. Lee also plays a role in the neighborhood. I’ve noticed local kids coming in with a dollar and greeting “Mr. Lee” with an adorable reverence, and members of the neighborhood’s large West African population can be frequently heard chattering in French as they wait for their baked goods. Smalls even opened his doors after closing for my husband and me when we stood outside with long faces one recent winter’s night, allowing us to snatch up the last remaining chocolate rugelach.

There’s usually only a few varieties of pastries available when you arrive (almost always including the house specialty rugelach), but whatever’s there — more traditional Southern treats like carrot muffins, sweet potato pie, red velvet cake — is bound to hit the spot. Or you can just wait for the next batch of rugelach. As more commercial bakeries move into the neighborhood, this is the kind of place that’s worth patronizing for hardly altruistic reasons. If in town, stop by for the sake of your palate, if not your conscience or sense of baked-goods nostalgia.