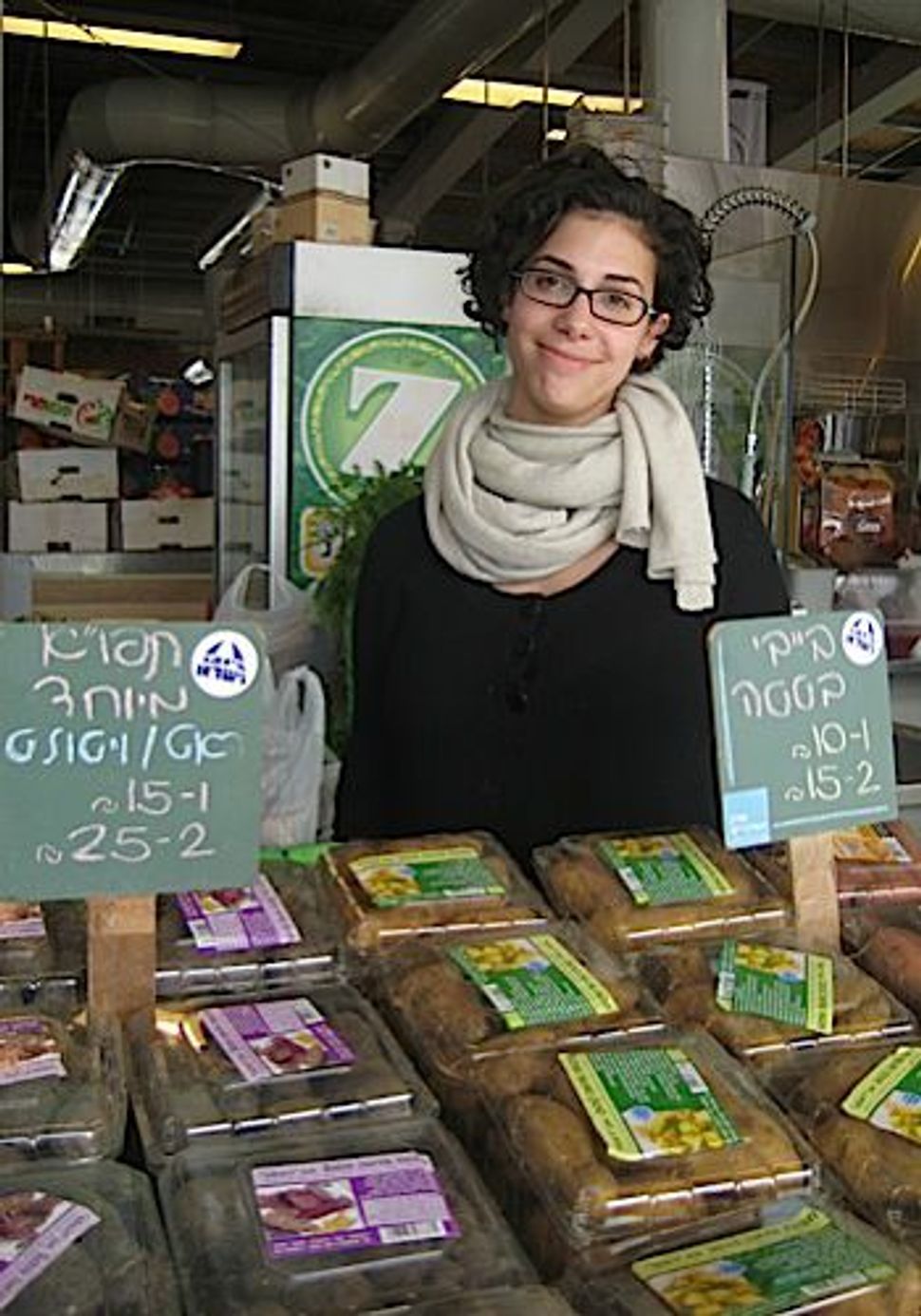 “Many people advised us not to use the word ‘market’ (shuk) at all when we were starting,” recalls Shir Halpern, one of the two female foodie entrepreneurs who founded and operates the fast-growing network of Farmers’ Markets in Israel. “We were told that Israelis associate the word with dirt and noise, and it would turn them off.”

Indeed, the farmers’ markets are nothing like the bustle and crowds of the shuk experience. In the urban setting of the shuk, one jostles with the crowds, as vendors loudly compete with one another to advertise their prices. In the pastoral setting of Ra’anana’s weekly market, in the city’s large park, next to a lake, a green and white canopy covers the 15 tables where the producers sell their goods. The customers are well-heeled — all middle-aged or older, and politely chat with the sellers about the best way to store and prepare their food products.

If you stand long enough at Adi Ellis’ cheese table, you regret not bringing along a glass of wine, as she offers you taste after taste of the cheese that she and her husband produce on Moshav Tsipori in northern Israel — Adi, originally from Minnesota, tends the goats and sheep, and her husband Tal, a Texan, makes the cheese. The couple, who immigrated 20 years ago, now sell their products exclusively in the Farmer’s Markets, renting space in three of the locations — Tel Aviv, Herziliya, and Ra’anana. Every Friday, their family fans out to each of the markets to set up shop. “It’s much more pleasant and more profitable than selling our cheeses to stores like we used to,” says Adi.

From the moment farmers’ markets burst onto the Israeli scene, they have been expanding. The first one — the Tel Aviv Farmers’ Market made its debut in 2008 on the revitalized northern port boardwalk. Just a year later, it had two northern neighbors — the Ra’anana Farmers’ Market and a market in Herzilya, and two more were added in 2010. Periodically, special farmer’s markets pop up in other cities.

In all of these locations, once a week, usually on Friday morning, growers and artisanal producers of fruits, vegetables, herbs, cheese, bread and cakes, honey, olives and olive oil, fresh eggs, honey, halva and tehina, wine, and flowers come to sell their wares. In order to be accepted into the network, the producers must meet the market standards — their products must be fresh, of high quality, and created on a small scale, and as local as possible.

Just a few months ago, the crown jewel of the farmers’ market network called The Port Market: An Israeli Culinary Home opened as a permanent daily indoor market in Tel Aviv’s port complex. In the center of the market is a series of produce stands — lining the sides are a butcher, fish store, Italian deli, bakery, wine shop and other businesses. It is as different from the bustle of Shuk HaCarmel as it is possible to be — its clean surfaces, espresso bar and tapas restaurant evoking Pike Place Market in Seattle or the Public Markethouse in Portland, Maine.

Halpern, who graduated from Le Cordon Bleu and works as a food writer, says that the biodiversity of the produce at the Farmer’s Markets — the opportunity to find rarer types of vegetables that are unavailable at supermarkets or fruit and vegetable stores in the city has been a major draw.

Her partner, Michal Ansky, who served as a judge on Israel’s “Master Chef,”, holds a masters degree from Italy in Gastronomic Sciences. The two women are both closely affiliated with the Italy-based Slow Food movement, which is committed to “eco-gastronomy.” The market organization sticks to their ideological principles — vendors are encouraged not to sell their products in plastic bags, and shoppers are urged to arrive equipped with fabric bags or shopping carts.

Halpern and Ansky aspire to make the local weekly markets a place to purchase food, but also a place to learn more about it and a center for culture. Special events take place at the weekly markets — musical performances and cooking demonstrations and workshops. The farmer’s market web site offers tips and advice for choosing, storing and preparing the your goods from the market.