Not Your Bubbe’s Recipes — Writing a Contemporary Jewish Cookbook 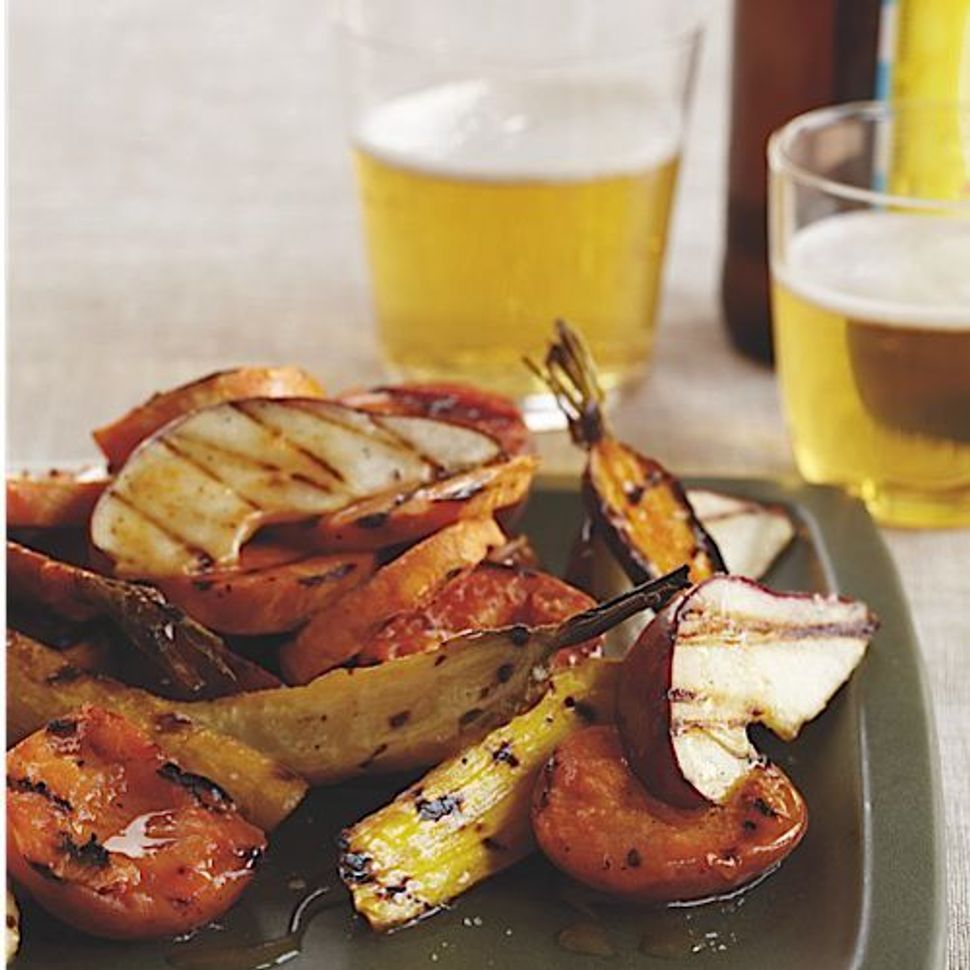 The world is not short on Jewish cookbooks. At the risk of blatantly stereotyping here, I would venture to say that if there’s one thing the Jewish people love more than books, it’s food and eating. So perhaps it’s no surprise that books specifically designed to celebrate food and lead to more eating would be available in abundance.

While the range of Jewish cookbooks is broad — there are books devoted to Jewish baking and Jewish holiday food, and books that explore the Jewish cuisines in such far-flung locales as Aleppo, Syria, Italy and New York City — the overarching focus of these books is almost invariably on culinary tradition. Call them classic dishes, time-honored tastes, or bubbe food — the Jewish cookbook canon seems resolute on connecting Jews to their roots through the belly.

So last year, when I was asked to write an everyday-focused cookbook for Hadassah (itself a bastion of traditional Jewish cookbooks), I felt simultaneously honored and a little panicked. “Everyday cooking,” generally presumes that the dishes be relatively simple and fuss-free (no potschke-ing, or fooling around, allowed). Traditional Jewish dishes, on the other hand, tend to be both time and labor intensive affairs. Shabbat foods like cholent and kugel, and holiday classics like latkes and brisket were, by definition, off the menu.

Instead, I realized, my task in writing “The Hadassah Everyday Cookbook: Daily Meals for the Contemporary Jewish Kitchen”, was to create a collection of recipes that felt measurably “Jewish,” without relying on the comforting staples. Again, cue the panic.

My saving grace moment arrived about a month after I accepted the project. While standing in my kitchen cooking dinner for me and my husband — vegetarian chili, a simple salad and homemade, minted lemonade — it dawned on me that the meal simmering in front of me was, in fact, Jewish. The recipes themselves did not have distinctly Jewish connections, but my additions — a splash of dry kosher wine to the browning onions to add depth to the chili, a sprinkle of tangy za’atar over the salad greens, and the bright mint leaves I steeped in the lemonade — did.

Throughout history, no matter where they have lived, Jews have always eaten the foods of their neighbors — and American Jews are no different. Today we dine on pasta one night and stir-fry the next; we make omelets for breakfast, and tuck into apple pie for dessert. Like many Americans, we shop at the farmers’ market for fresh, local produce and try to keep up with ever-shifting health trends.

What makes the everyday foods we cook and eat “Jewish,” I think, are the additions and personal touches we add to them. Historically, that has usually meant taking regional dishes and making them kosher (substituting goose or chicken for pork, or swapping butter with oil to make a dessert pareve). That’s still the case today — nearly all kosher keeping Jews have at one time or another placed a slice of dairy-free cheese on top of a burger, or sampled mock crab salad.

But contemporary Jewish food in America means even more than making kosher substitutions. I think we have the distinct opportunity to merge our revered Jewish flavors — things like pomegranates and sesame; caraway seeds and dill pickles — with our contemporary palates. To take traditional dishes for a modern spin (a phenomenon that is happening at innovative Jewish restaurants like Mile End in Brooklyn and Zahav in Philadelphia), and sprinkle a taste of our heritage into the global American palate.

In “The Hadassah Everyday Cookbook,” this philosophy comes to life in dishes like homemade granola flavored with tahini, a grilled tzimmes that recreates the Rosh Hashana mainstay for the backyard grill, white bean hummus with frizzled shallots, and brownies topped with tart pomegranate whipped cream. It also recognizes that, if made with love and intention, even dishes like minestrone and maple chicken teriyaki have a place on the contemporary Jewish table.

The resulting cookbook is something that, naturally, I hope readers will use and make their own. But more importantly, I hope it takes its place in the larger canon of Jewish cookbooks as a benchmark — a tiny blip of what American Jews are eating right now, and a reminder that, with all due respect to tradition, Jewish cuisine is an ongoing and delicious conversation.

This riff on chickpea hummus has a slightly mellower flavor than the original and tastes delicious spread on crackers, sandwiches or crostini. The frizzled shallots add an unexpected twist of sweet, caramelized flavor. Serves 4–6

1) Fill a small, cold skillet with about 1/4-inch of vegetable oil. Add shallots and turn heat to medium-high. Cook until browned and crispy, 6–8 minutes.

2) Meanwhile, combine all hummus ingredients except oil in food processor; turn machine on and pour the oil into the mixture in a smooth stream. Process until smooth. Transfer hummus to a bowl and top with shallots and an additional drizzle of oil.

Re-create the flavors of this Rosh Hashana mainstay on your backyard grill. Serves 4

1) Preheat grill or grill pan to medium heat. In a large bowl, toss sweet potatoes, carrots, apricots and pears with 2 tablespoons oil and salt and pepper to taste.

3) Whisk together brown sugar, cider vinegar, remaining 2 tablespoons oil and salt and pepper to taste in a small bowl. Drizzle dressing over the vegetables and sprinkle with raisins, if using.

Leah Koenig is a freelance writer who’s work has appeared in The New York Times Magazine, Saveur, Gastronomica and Food Arts, among others. She also contributes a monthly column called Ingredients to The Forward, and is a former employee of Hazon where she edited The Jew & The Carrot. The Hadassah Everyday Cookbook: Daily Meals for the Contemporary Jewish Kitchen (Rizzoli March, 2011) is her first cookbook.

Not Your Bubbe’s Recipes — Writing a Contemporary Jewish Cookbook