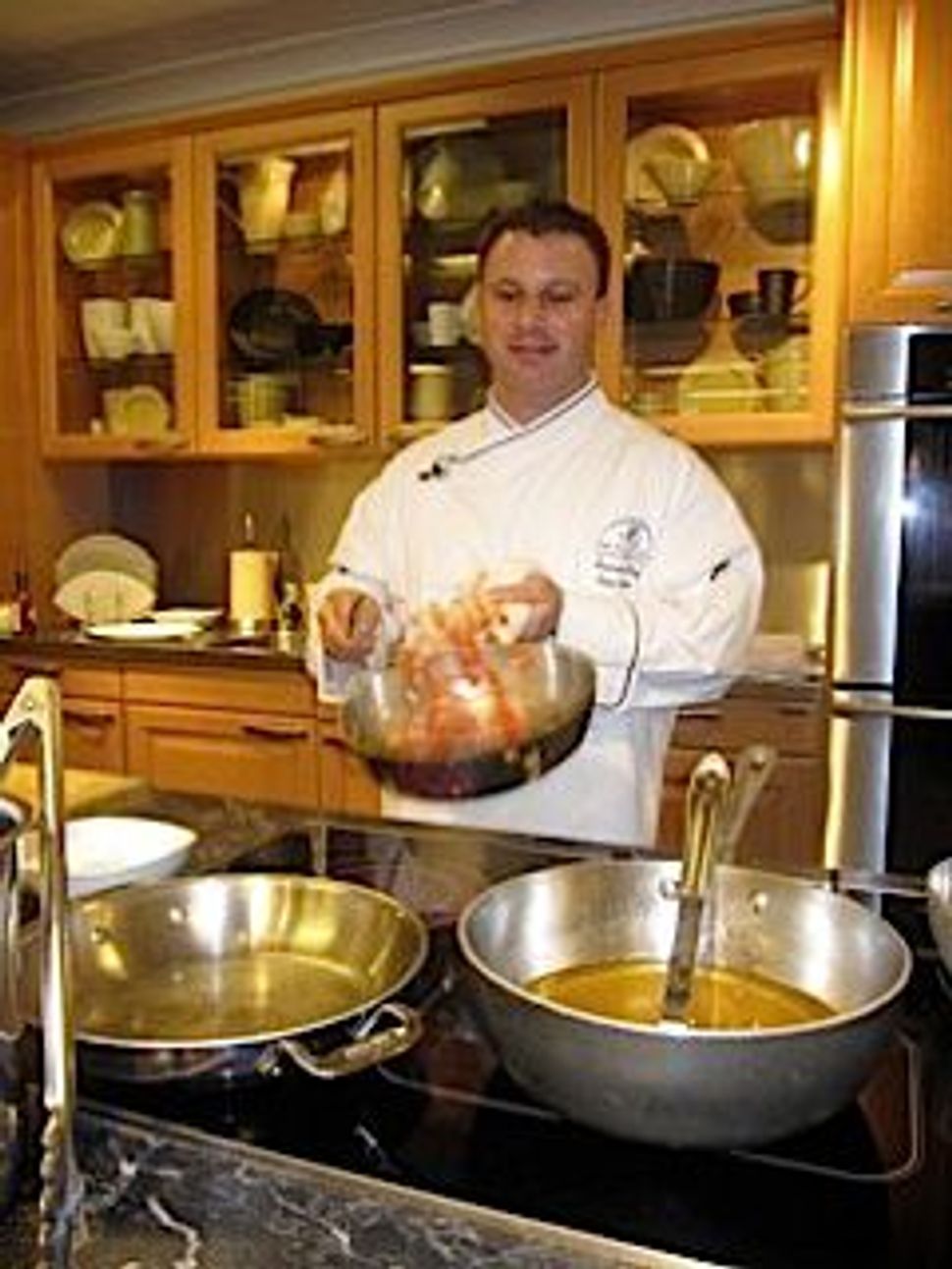 Jewish cooking classes aren’t new. More than a century ago, Jewish immigrants learned to navigate the American kitchen and market through classes at Milwaukee’s first settlement house. The recipes from those classes were collected into the original iconic “Settlement Cookbook”. Synagogues and sisterhoods have also traditionally held cooking classes in advance of holidays in an effort to share recipes and sometimes raise funds.

Classes offered today may still include challah baking and rugelach rolling, but are increasingly catering to an ever more sophisticated clientele. From Los Angeles to Charlotte to London and New York, Jewish cooking classes are being elevated to the next level of gourmet.

De Gustibus Cooking School at Macy’s in New York City has been holding special kosher classes since the mid 1980s, following requests from clients who came to classes led by famous chefs but couldn’t eat anything. School founder Arlene Sailhac described the growth of these classes over the years by saying, “What was really a wow was the change in clientele and attention to the classes themselves. Over the years people became much more interested in the actual class than each other… There were also younger people and more men.” Since taking over the school three years ago, Salvatore Rizzo has witnessed an even greater demand for his kosher classes, held two to three times a year by celebrated chefs such as Jeff Nathan, Joan Nathan and David Kolotkin.

In Los Angeles, Monika Reti, owner of Hip Cooks (which offers an array of 50 different classes in LA, Portland and Seattle), was inspired to incorporate her Oy Vey class into the mix after attending a Passover seder. She shared her special way of preparing matzo ball soup (with lemon zest and herbs), with the guests who loved it, and an idea for the class was born. Reti, who is not Jewish but grew up exposed to foods from many different cultures, has seen the Oy Vey class (whose menu includes Not-your Grandma’s Gefilte Fish: Warm Fish Terrine, watercress and beet salad) gain in popularity since it began four years ago. The latest one, featuring a contemporary Ashkenazi menu paired with kosher wine, was sold out in a matter of days.

Even Chabad is getting in on the gourmet action. Rabbi Ari Kirschenbaum holds an annual Pre-Passover cooking class as part of his programming for the Chabad of Prospect Heights and Fort Greene, Brooklyn. The class was previously given by renowned Chef Levana Kirschenbaum (his aunt) and this year will be led by Chef Adam SaNogueira, formally the executive chef at Basil, a groundbreaking upscale pizza restaurant in Brooklyn. The class menu this year included high-end items such as Coq au Vin and Cashew Butter Truffles. Now in its fourth year, the popularity has steadily increased, with 40 people in attendance.

The increase in gourmet Jewish cooking classes, while still at its core a means for the Jewish cook to elevate holiday meals, seems also to be part of a larger trend. Meltzer explained, “Nowadays with the Food Network and Reality TV Shows everybody is a foodie and a blogger and a food critic. Even if they don’t have a refined palate, they think they do. And that’s good and bad. It gives a lot of exposure to what’s happening in the food industry. In terms of our cooking classes, there is a wide array — there are people who are skilled and there are people who are just looking to have a good meal on a weekday night. We cater to all of them.” Indeed, in a climate where everyone is taking a greater interest in the gourmet, the Jewish community should be no different.

Have you been to, or are you hosting, a gourmet Jewish cooking class? Tell us about it in the comments.