The Politics of Food in Jerusalem’s Old City 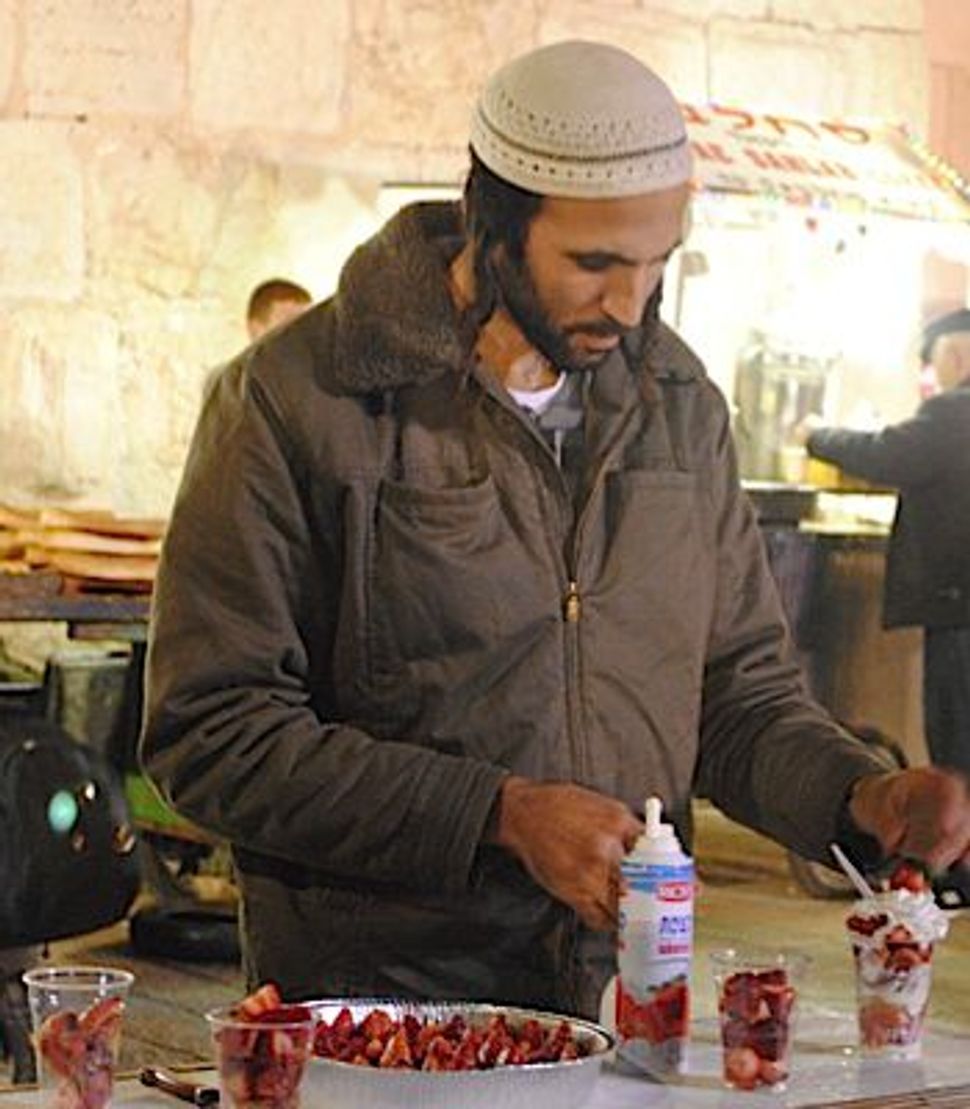 Less than a week after the devastating bombing outside the Central Bus Station in Jerusalem, the city came together to celebrate one thing that has the potential to truly unite us all: food. The Old City Food Festival, which spanned March 27-31, was conceived as a culinary tourism event that would encompass all four quarters of the Old City and celebrate its diversity. In Jerusalem, however, even food is highly politicized and the city’s Rabbinate spoke out against the inclusion of non-kosher foods and restaurants.

The event, sponsored by the Jerusalem municipality, marks the first food festival within the walls of the Old City. “Jerusalem is a breathtaking mosaic of cultures that came into being thanks to the singular, wonderful human variety that characterizes the city’s population,” Jerusalem mayor Nir Barkat remarked in a statement. As such, the festival was meant to showcase the culinary traditions of all the inhabitants of the Old City with food markets, workshops, tours and live music set up throughout.

At the announcement of the food festival, residents of the Jewish Quarter and the Jerusalem Rabbinate were up in arms. According to Ynet, Jewish Quarter Rabbi Avigdor Nebenzahl sent a plea to Shlomi Atias, CEO of the Company for the Reconstruction and Development of the Jewish Quarter, asking him to stop the festival entirely. “We hereby protest the festival, which includes meals in non-kosher restaurants, and ask that this horrible thing be canceled immediately,” the letter said. “It’s a disgrace,” he continued, “that the municipality is holding a festival and directing people to restaurants in Jerusalem, which sell non-kosher food. A Jewish municipality must not be part of something which contradicts Judaism,” he argued.

In addition to markets with food stalls set up in the Jewish, Armenian, and Christian quarters, the festival also included culinary tours of the Old City, cooking and wine tasting workshops, and music performances. The food stalls in the Jewish quarter were exclusively kosher and all vendors prominently displayed their certification.

In addition, participating restaurants in all the quarters offered special menus to festival-goers and were marked with large signs in English and Hebrew classifying them as “Kosher” and “Not Kosher.” Although many of the restaurants are not certified kosher, based on the menus they have posted none of them serve blatantly treyf items like pork and shellfish, although diners could follow their meat goulash with a foamy cappuccino.

In the end, the assurances of kashrut signage and that non-kosher food would be kept out of the Jewish Quarter was enough to quell the protests; in fact, the Jewish Quarter was the most festive and bustling of all. The food festival went on as planned, and the Old City came alive as hundreds of tourists and locals descended over the five days to celebrate the culinary heritage and diversity of Jerusalem. Politics was not the topic of conversation as people turned instead to the food, music and festivities. But while the message of unity got through to visitors who traveled throughout the Old City, people from each quarter did what they usually do and stuck with their own.

The Politics of Food in Jerusalem’s Old City