Q&A: The Culture of Israel’s Markets 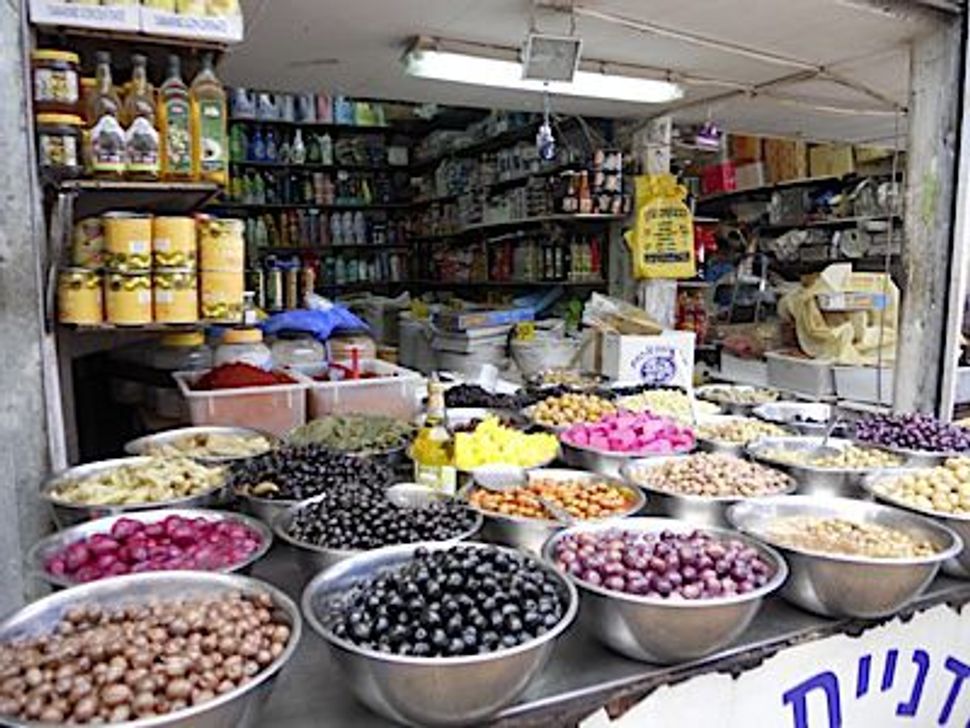 When most of us go to an Israeli market or shuk, we experience a colorful hustle and bustle, and plenty of shoving and shouting going on around us. Nir Avieli, on the other hand, stands among the fish mongers, vegetable sellers and spice merchants and sees a precise order in all of this chaos.

Avieli, an affable and outspoken professor of anthropology at Ben-Gurion University of the Negev in Beer Sheva, studies food and culture. “My main interest is food as a cultural artifact – how food reflects and sometimes even produces culture,” he explained. He spent three years in a town in central Vietnam studying its food ways, exploring its marketplace, and discovering how food and power can be closely related.

Back in Israel, Avieli has focused his research and teaching on issues of food and power, and has once again turned his attention toward markets. On his own and with his students, he has explored the markets in Tel Aviv, Jerusalem and Beer Sheva, and has come up with some unique findings. I recently sat down with Avieli and asked him how anthropologists work methodically amid the tumult of a crowded shuk, and whether his years of observing Vietnamese markets helped him understand Israeli ones.

Renee Ghert-Zand: How do you go about studying markets as an anthropologist?

Nir Avieli: The anthropological methodology is called “participant observation,” which of course is a paradox. If you observe you do not participate, and if you participate it is very hard to observe. But this is how anthropologists work. You come to a place and you spend a lot of time there and you take part in the activities of the people around you. So what I did in the market more than anything is hang out. I walked around, I talked to people, I talked to the shoppers, I talked to the sellers. It’s a lot of talking and a lot of questions.

And one of the things I found as an anthropologist of food, is that people who deal with food love talking, and the reason for that is that they are used to being asked, “How much?” “Why is it so expensive?” “Where can I find this and that?” But I was interested in them and what they thought, and they loved it and were very eager to talk to me. This kind of methodology is time consuming. It is slow. It accumulates.

What did you discover about markets through your research in Vietnam?

When I was working in Vietnam, I was studying the local market and I figured out how it worked. I found there the clear anthropological principle on which the market worked: the structural theory of nature and culture. Claude Levi-Struass suggested that humans are very absorbed with the question of whether we are animals or not. Do we belong to nature or are we a part of culture? You can see in almost every culture that this dilemma is very central and that social activities, like markets, are set up to reflect it. In the Vietnamese market, you see that the booths selling food (“nature”) are very separate from the ones selling religious items (“culture”), for instance. The market is on a hill, and the food booths were close to the bottom and the cultural and religious booths toward the top, conveying a clear metaphorical message.

Does this theory of separating nature and culture hold true for the markets in Israel?

When I started teaching my students at the university about the anthropology of food, I wanted to take them to visit the market and give them a workshop. And then I came to the market in Jerusalem and I was horrified to find out that [that theory] didn’t work – that what I thought was a universal principle that works everywhere works in a lot of places, but not in Jerusalem.

So I started trying to figure out how the Jerusalem thing works. And then I went to the market in Tel Aviv and began exploring Israeli markets systematically and what I realized was that Israeli urban markets are organized by the main social tensions and political structures of each city. For example, in Beer Sheva where the main social tension is between Jews and Bedouins, the market is dichotomously arranged – the Jewish quarter on one side and Bedouin quarter on the other side. Most of the interaction is a reflection of the interaction beyond the market. By that I mean, the Bedouins approach the Jews, but the Jews never approach the Bedouins.

How is this organizing principle reflected in the Machane Yehuda market in Jerusalem?

Machane Yehuda… is becoming this trendy place and the municipality wants to turn it into something like a fancy European market. But what is going on is that the market is segregated into three neighborhoods – one of them is for Haredim (ultra-Orthodox), one of them for young, modern-Orthodox American and French Jews, and the other one is for the veteran Mizrachi (or North African or Middle Eastern background) Jerusalemites.

If in Beer Sheva you have quarters, in the Jerusalem market, you have alleys. It looks very complex, but there is a point in the market to which I bring my students and I tell them to look to their right and to look to their left and I ask them what they see. They say, “Everyone to our right is ‘black’ (Haredi).” But there is no official division line. This is exactly like the city of Jerusalem. You have neighborhoods and people do not intermingle.

The place for the veteran Jerusalem people is hidden in the back alleys, and this has to do with gentrification and the market becoming a tourist spot. There are multiple tensions in Machane Yehuda – Haredim vs. non-Haredim, old-timers vs. the municipality, and Ashkenazim vs. Mizrachim.

And what about the Carmel market in Tel Aviv?

Tel Aviv is funny. If you walk through that market’s main street, you would say, “Hey, this is just like in Vietnam – nature and culture.” But if you walk the alleys you will realize that this market has two spheres. It has a public sphere where the local low-income Jews shop, and it has a hidden sphere where the migrant workers are. Tel Aviv is a hub of illegal migrant workers, but because they don’t want to walk in the main street for fear of being arrested, they are hiding in the alleys and they are selling different merchandise that is much cheaper and of lesser quality.

Is it possible for you, as an anthropologist of markets, to ever “just shop” in one?

It is hard to “just shop.” I am at the markets a lot either researching or giving tours. As a matter of fact, the anthropological “glasses” I wear are impossible to remove. However, that hasn’t stopped me from shopping in markets. I love the market and I enjoy shopping there.

Q&A: The Culture of Israel’s Markets