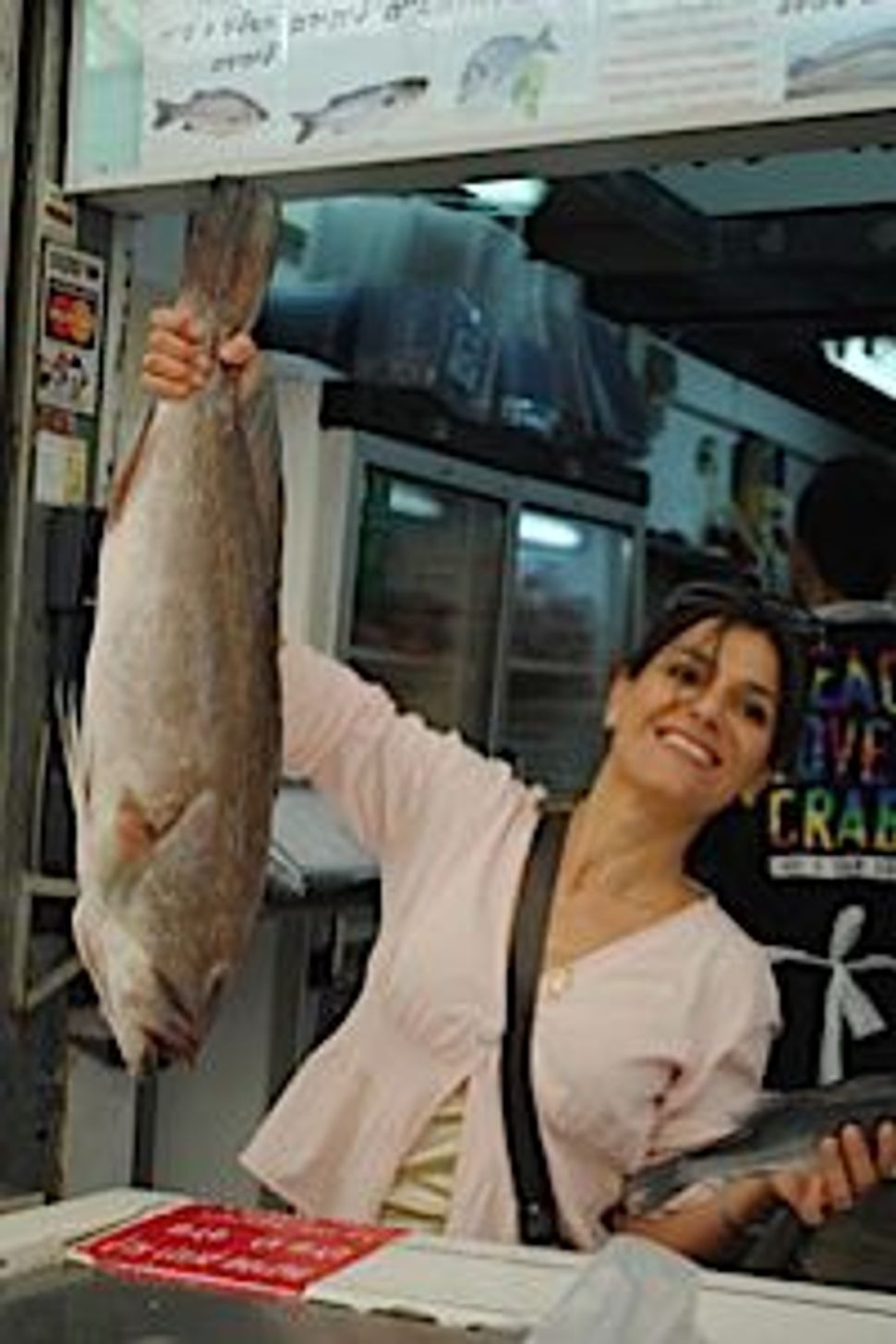 Until recently, kibbutzniks came to Israel to experience communal living, pilgrims of all religions came to bask in the spiritual glow of Jerusalem, and revelers came to party in Tel Aviv — but gourmands? That all began to change a few years ago, as boutique farming and winemaking took root in the Negev, Mahane Yahuda market in Jerusalem was revitalized, and serious chefs started setting up shop and defining a new Israeli cuisine. With the newfound appreciation of — and curiosity about — food in Israel, came numerous culinary tours.

Culinary tourism is itself a relatively new industry. According to the International Culinary Tourism Association, the term was coined in 1998 but it didn’t become a cohesive industry until 2003. Israel was not far behind. Tali Friedman of L’Atelie Tali Friedman, who was the first to offer dedicated culinary tours, began leading excursions through Jerusalem’s Mahane Yehuda market or shuk five years ago.

A culinary school-trained chef, Friedman found working in restaurants to be incompatible with raising a family. As a native Jerusalemite who grew up near Mahane Yehuda, she knows the market and its vendors like the back of her hand. So she decided to offer tours of the market combined with cooking classes.

See a slide show of the tours after the jump.

Since then, others have followed suit. Abbie Rosner started Culinary Tours of the Galile a little over two years ago and Ben Brewer of Israel Food Tours and Orly Ziv of Cook in Israel each began leading tours about a year and a half ago. Even wine tours are taking off with the establishment of My Israel Wine Tours by Esther Cohen over a year ago.

Ziv, a trained dietitian and native Tel Avivian, was inspired to start leading culinary tours after attending a cooking vacation in Tuscany. “Every place around the world offers local food experiences and cooking classes,” explains Ziv. She thought it was time that such tours were offered in Israel, which has “such an abundance of fresh food with plenty of flavors and influences of different food culture and traditions.”

Meanwhile the idea for culinary tours struck Brewer, who made Aliyah from the States six years ago, when he was showing his visiting aunt around the country. He essentially gave her a culinary tour and she suggested he start offering them professionally. He did, and he now has a handful of guides who help lead tours around all of Israel.

These intrepid food entrepreneurs have the country covered, leading tours in Tel Aviv, Jerusalem, the Negev and the Galilee. And while there are now a few to choose from, each offers a vastly different experience — even within the same city. Ziv’s Tel Aviv tours, for example, begin with a tour of the ins and outs of the Carmel Market where she takes a small group of participants (no more than 12) to hidden, hole in the wall bakeries and eateries to enjoy local delights. After grocery shopping at the shuk, participants accompany Ziv to her home where they partake in an cooking class and learn to make Israeli dishes like fatoush salad, hummus and Moroccan fish. At the end, they enjoy the meal with Ziv and her family for an intimate, personal experience.

Brewer’s regularly scheduled tours of Tel Aviv take an entirely different angle. An all day walking tour, they start in Yaffo and work their way up to the Carmel Market, eating the whole way. Brewer also offers day-long tours of the Negev (the only one of its kind), which is fast becoming a food and wine lover’s paradise. Participants visit wineries, goat cheese farms, an ancient city with well-preserved wine presses, and finish up with a Bedouin dinner. “Our tours aim to create a connection with location and its people through the shared experience of local cuisine,” he said.

Friedman’s tours follow a similar format to Ziv’s, but in Jerusalem (Ziv also offers culinary tours in Jerusalem that culminate in a cooking class). Friedman leads guests – usually in groups of 15-25 – through the bustling market, dashing behind the counter at the fish market to grab some fish, chatting with the vendors, and visiting all the best stalls for spices, fish, cheese, halva and produce. After the tour, participants join Friedman in her stunning cooking studio, located just above the market.

She leads the group in preparing modern Israeli cuisine with European touches. Dishes like red tuna ceviche with passion fruit, fresh almond salad and Mediterranean sea bream grace the menu. Midway through cooking, guests are escorted up to Friedman’s roof deck to enjoy the bird’s eye view of the market and a glass of wine.

Where Friedman demonstrates the beauty of modern Israeli cuisine, Rosner’s tours of the Galilee focus on tradition. “I’m more interested in those traditional foodways that somehow continue to endure,” she explains. These traditions are often seen in Arab communities where she says she uses her interest in food “as a very powerful medium for communication.” Itineraries include foraging with Bedouins followed by a home cooked meal, visits to spice farms and wineries.

The demand for these tours is there and growing all the time. “This is the second year in a row,” Friedman said, “that we’ve been completely booked. We work almost every day, sometimes twice a day.” Rosner notes that “I haven’t been aggressive about marketing, but the demand is slowly growing.”

Culinary tours give participants access to some of the more authentic aspects of Israel’s food – whether a Bedouin dinner, an off-road goat cheese farm, or a hidden pita bakery in the Carmel Market — that are not easily found by outsiders. And for the tours that include a cooking element, it’s a great way to really bring the shuk experience to life. “I always love to go to markets, but I never get to buy and cook with the ingredients,” explained one participant on Friedman’s tour, who was excited for the cooking class.

Even outside groups are bringing people to Israel on food-focused tours. Hazon, for example, is planning their second Israel Sustainable Food Tour for November, 2011. “We visit places that are at the forefront of the environmental movement in Israel, and our participants get to experiences these sustainable innovations through a Jewish and Israeli lens,” explains Daniel Infeld of Hazon. IsraelExperts organized the first culinary-focused Taglit-Birthright trip in February, 2010, where participants visited farms, dairies and wineries and got hands-on experience cooking quintessential Israeli foods.

And culinary tourism isn’t just for tourists and visitors. Friedman says that while half her clientele are foreign, the other half are Israeli, typically celebrating special occasions. Culinary tours are an incredible way to experience and taste other parts of the country, or to see your own city with new eyes. They’re yet another sign that Israel has fast become a place worth visiting for the food.