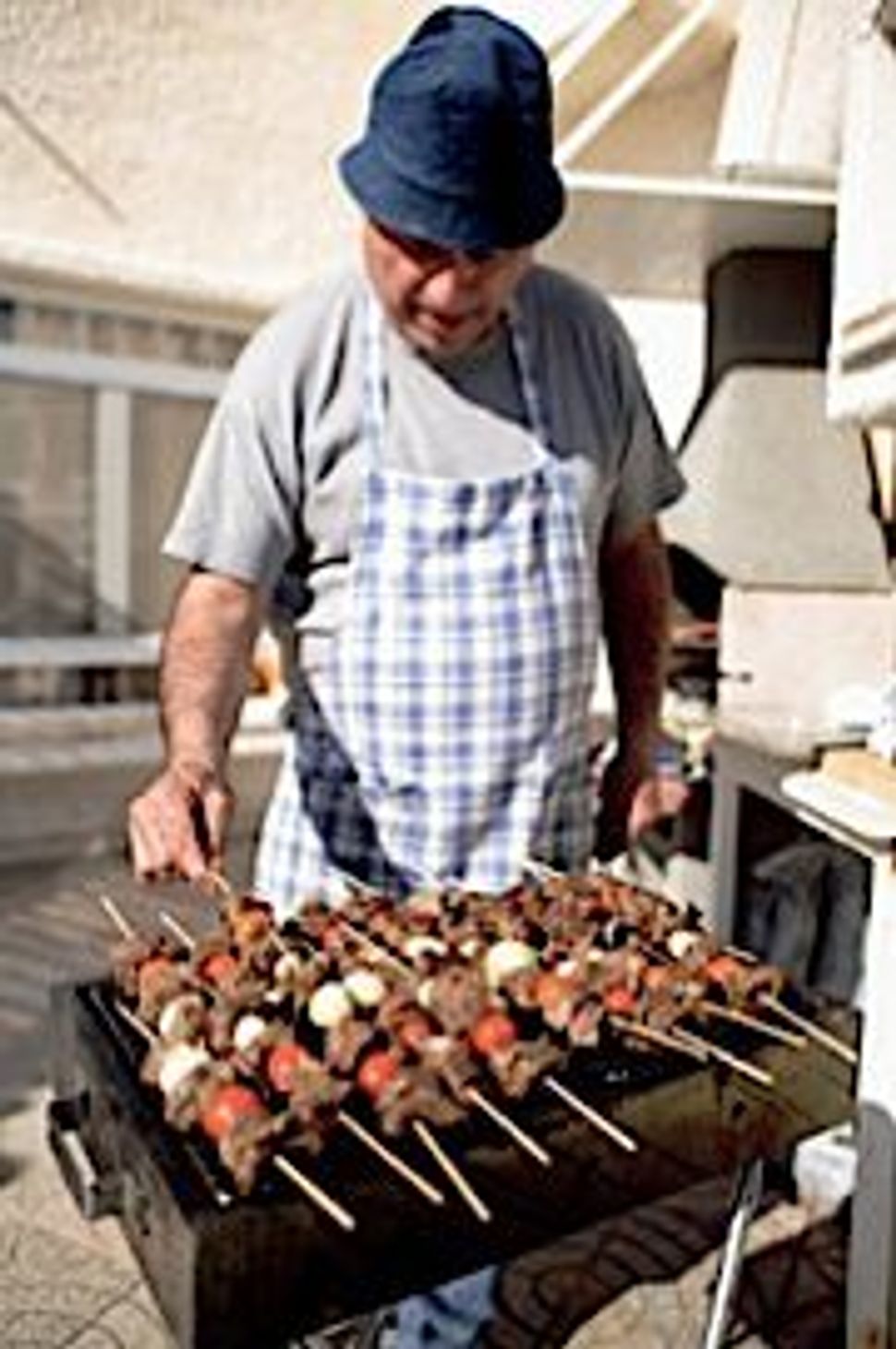 The word mangal derives from Arabic slang meaning ‘grill,’ and the concept was probably brought to Israel by the Turks during the Ottoman Empire. Israeli food writer and editor Janna Gur notes that grilled meat, kebabs, and fish were popular in Arab restaurants in the 1960s, and soon Israel’s earliest five-star hotels were opening grillrooms to serve the country’s elite.

Since then, the idea of mangal has become democratized, and practically every Israeli irrespective of cultural background, religion, or ethnicity loves a good barbecue. “What Israelis love most is to make their own barbecues… they have become the country’s leading participant sport, taking place in the backyard, on the balcony, on the beach or on a picnic,” writes Gur in her seminal “The Book of New Israeli Food”.

As a young country, Israel hasn’t fully developed all of its traditions, and the Rabbinate is still debating what religious connotations, if any, should be associated with Yom HaAtzmaut. But there is no doubt that mangal is as necessary to celebrating Independence Day as the president’s speech. Contrary to what people may identify as Israel’s national dish — falafel, shawarma, and schnitzel play very little role in the holiday. As Gur goes on to say, on Yom Ha’atzmaut “…the barbecue crowds occupy every bit of grass and shade, deploying their grills, chairs and tables, intent on getting down to business.”

On Yom Ha’atzmaut the parks and practically every other square foot of open, public space from traffic circles to sidewalks are filled to the brim with people cooking on small grills. The smell of smoke and meat permeates the air as hundreds of people pack tightly together to celebrate with friends, family, and the strangers around them.

Despite the apparent similarities between American and Israeli barbecue traditions, Israeli mangal has a distinctly Middle Eastern feel and flavor to it. The first main difference is the choice of grill. Where Americans lust after the biggest, often gas grills, Israelis prefer small, disposable charcoal grills. Some Israelis even joke that the next generation will be born with webbed fingers to better fan the coals.

The meat that’s grilled is also different. Americans are world famous for their love of hamburgers and hot dogs, but these rarely make it onto the Israeli mangal. Think instead of kebabs made of chicken livers and hearts, ground lamb, or spiced ground beef. Like American barbecue, chicken wings also make an appearance in mangal. Though, instead of barbecue sauce, all of these meats are seasoned heavily with Middle Eastern spices like za’atar, baharat, sumac, and ras al hanout. (For some ways to spice up your wings, Israeli style, see the recipes below).

And forget the ketchup and mustard, but expect plenty of hummus and pita. Other Middle Eastern condiments may also be included, such as amba, a spicy concoction made from pickled mango. Instead of chips, Israelis prefer an array of mezze (Middle Eastern dips and spreads) and salads.

The entire tenor of the holiday is also different in the two countries. While the Fourth of July in the United States is a day of patriotism and celebration, for most Americans, independence feels like a distant concept that belongs in the history books. For Israelis, independence is a critical, prevalent part of the national consciousness, and something that happened only 63 years ago. Many Israelis actually remember independence, and many feel they are still fighting to hold onto it.

All of this is cause for celebration, and celebrate they do. In addition to the grilled meat, Israelis also let loose and party until the wee hours of the morn. Live concerts for adults and children alike take place around the country, and music can be heard blasting out of every car, home, and small boom box. It is a festive occasion, filled with dancing, singing, drinking, and of course grilling.

In the end, Yom Ha’atzmaut is a day for people to come together — often around a grill. And while mangal may be an imported tradition, it’s one that has been adapted and made singularly Israeli. “Regardless of class, style, taste or cost,” says Gur, “barbecue remains one of Israel’s best-loved food categories. It can safely be said that grilled meat has evolved into a mainstay not just of Israeli cuisine, but of Israeli lifestyle.”

Chicken wings are perfect for barbecuing and therefore popular the world over. The following recipes use typical Middle Eastern Ingredients.

Mix all the ingredients for the selected marinade and soak the 25 wings in the marinade for at least four hours. Skewer the wings (to make turning on the grill easier) and grill over a hot charcoal grill or under the broiler in an oven set to 220°C (425°F). Grill, turning once, until slightly charred and cooked through.

Recipes adapted from The Book of New Israeli Food: A Culinary Journey by Janna Gur with photographs by Eilon Paz.