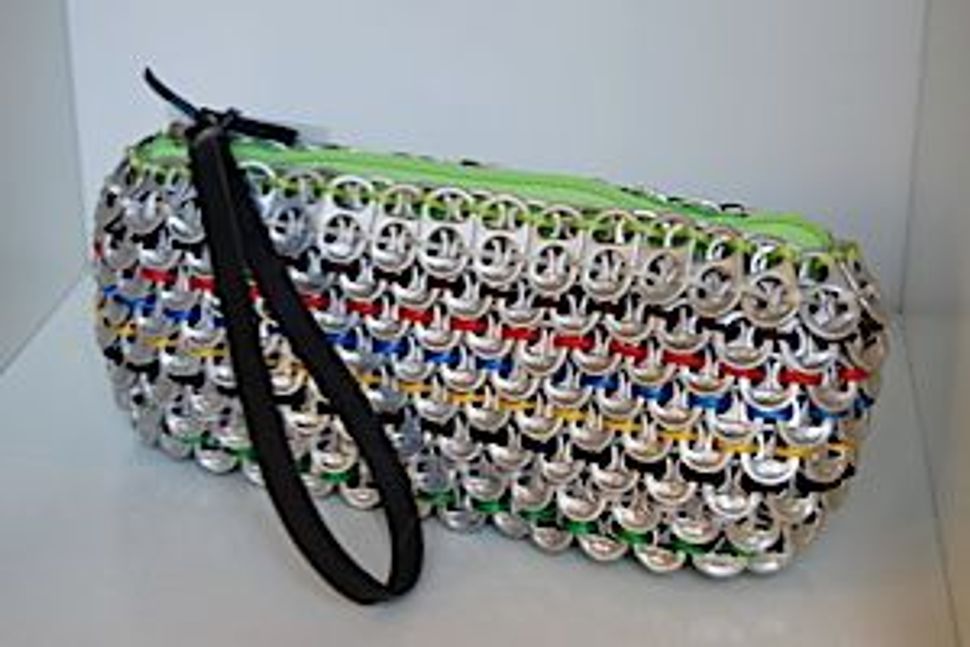 Image by Courtesy of Livegreene

Long before anyone started using terms like “recycling,” “repurposing,” and “upcycling” (turning a disposable item like a soda can pull-tab into something intrinsically useful and longer lasting, like a handbag), our grandmothers and great-grandmothers knew a thing or two about “reusing” food packaging.

They lived in a world in which food did not come excessively shrink-wrapped or in boxes designed to scream at you from supermarket shelves, and in which “disposable” was not a term they applied to either income or things that they bought. Balebustas stored leftovers in used plastic margarine, cottage cheese and ice cream containers, reused paper grocery bags to wrap parcels and line garbage bins, and never considered putting fruits and vegetables in plastic bags before placing them in their shopping bag. So they would probably find the current dilemma of what to do with all this food packaging a bit ridiculous.

They would also probably be surprised, but pleased, to see the creative, artistic and useful products that green-conscious entrepreneurs are making today out of things like discarded yogurt containers, milk jugs, soda pop bottles, can pull-tabs and cereal boxes.

Having errantly lived through the “disposable generation,” we now know that what our grandmothers did was right, and that it wasn’t just all bubbemeises (old wives tales). “The best packaging — whether for food or anything else — is no packaging,” said David Greene, owner of Livegreene, a house wares and gift store in Palo Alto, California that sells only items that are from recycled, reused, repurposed or sustainable sources. “Packaging waste is intrinsically bad design, so green entrepreneurs are now figuring out ways to repurpose or upcycle this packaging into non-disposable items.”

Livegreene carries a variety of products that are good examples of this food packaging upcycling that Greene describes. For instance, there are fashionable purses and handbags made out of soda can pull-tabs by a fair trade/fair wage co-op in Mexico. Women without job market skills are taught to scavenge for the pull-tabs at recycling collection sites, file the sharp edges off them, and weave them into attractive handbags.

A San Francisco Bay Area-based company called Green Toys makes durable toy trucks out of recycled plastic milk jugs. By doing so, the company not only recycles, but also saves carbon emissions by keeping the recycled plastic in California, rather than it being shipped to China (where most of California’s recycled plastic goes, according to Greene). A company outside Boston called Preserve uses a similar process to turn plastic yogurt containers into useful household items like cutting boards, measuring cups, colanders, food storage containers, mixing bowls, picnic ware, and even toothbrushes and razors.

Green Glass of Wisconsin makes fun drinking glasses out of used retro-style soda pop bottles and colorful drinking glasses and wine goblets out of empty wine bottles. San Francisco-based Boxcard takes box tops from cereal boxes, soda can cartons and the like, and laser-cuts letters and glues them back onto greeting cards made out of the same box tops. Each card front features an ironic or humorous message related to the specific food. For instance, one that says, “University Trash” is made from a Red Bull carton and one that reads, “Garbage In, Garbage Out” comes from a sugary cereal box.

To carry all these upcycled items home to show your grandmother, you could buy a messenger bag fashioned from burlap coffee bean sacks, scrap fabrics and used car seatbelts made by a company called It’s Our Earth.

The creative among us can take a leaf from these companies and start coming up with ways to upcycle our own recyclables into works of art or practical items (check out this great list of 100 ideas). The rest of us can also help in the effort by making sure (through a little research) that our recyclables end up in the hands of companies that focus on local upcycling, rather than on recycling methods that create yet more carbon emissions.

You might be excited to show all these cool upcycled products off to your grandmother, touting your efforts toward upholding the Jewish value of shmirat kadur ha’aaretz, or preserving the earth. She, however, would probably just smile knowingly and remark that you’re finally using some old-fashioned seichel (common sense) and not wasting.