Q&A: Molly Birnbaum on the Power of Scent 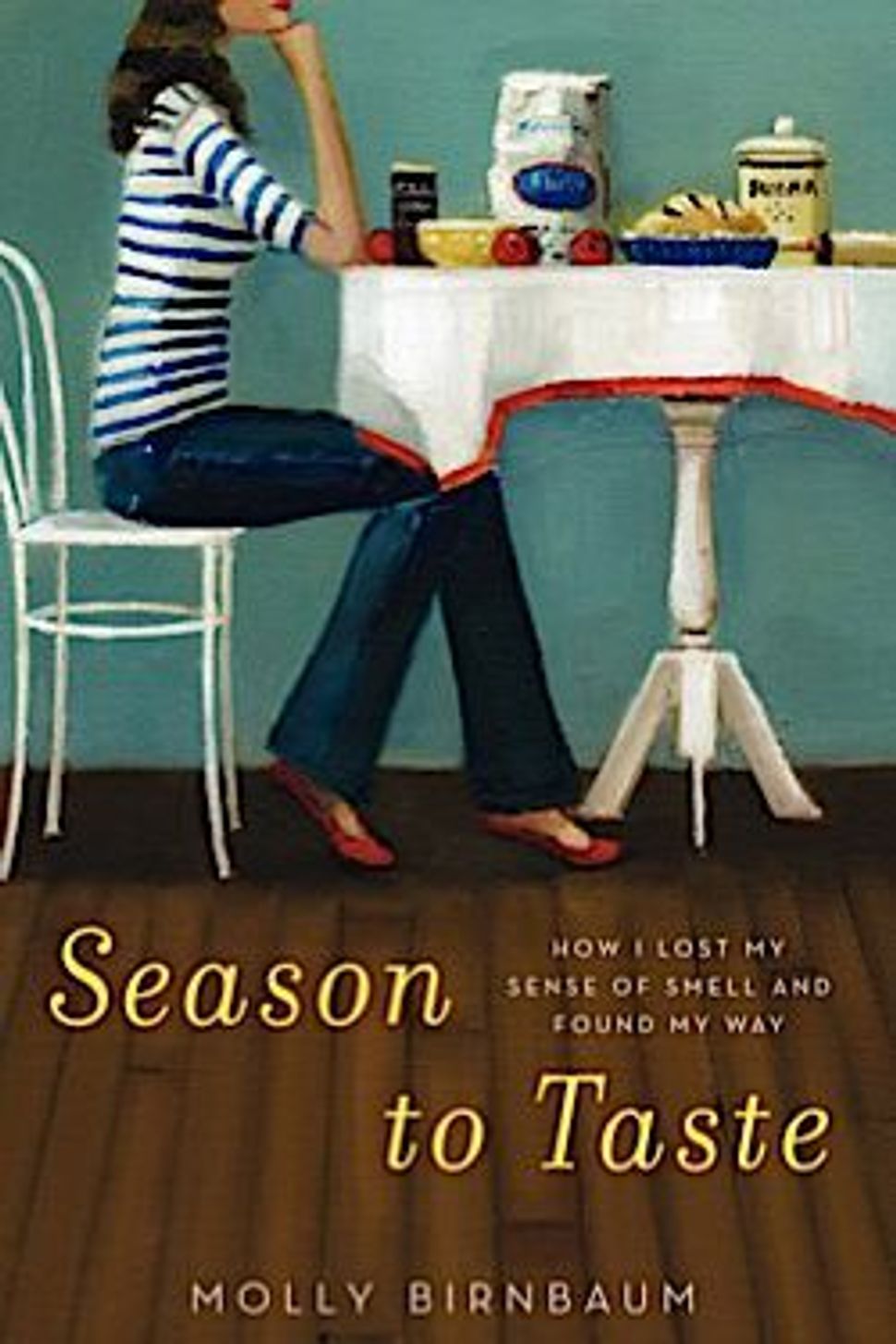 Image by Courtesy of Ecco

At 22, Molly Birnbaum was set to become a chef. She was working in a Boston-area restaurant and had been accepted to America’s premier culinary school, the Culinary Institute of America. While out for a run one day, she was hit by a car. In addition to her injuries, she lost her sense of smell, rendering all food flavorless.

In her new book “Season to Taste: How I Lost My Sense of Smell and Found My Way,” she traces her several year path to regaining her sense of smell. Along the way, she meets with numerous experts in the small field of smell from doctors to flavor chemists and high-end perfume makers. Weaving her scientific discoveries with her personal life she uses her story to illuminate an issue important to anyone who cooks.

The Jew and the Carrot chatted with Birnbaum about how scent changes what we taste, why a small whiff of a dish can bring us back to a memory years old and what scents smell “Jewish” to her.

Devra Ferst: Some say that smell is our strongest sense. Is it?
Molly Birnbaum: I wouldn’t say it’s our strongest sense. It can be our most intense, emotional and potent I think. It’s deeply connected with memory and emotion. Instead of hearing a song or seeing a painting, when we smell something we’re really ingesting that thing — it can evoke a pretty intense response.

Just how important is our ability to smell in tasting?
I’ve hear numbers of up to 80% of flavor is smell. When we say something tastes good we’re talking about flavor. Taste is only salty, sweet, bitter, sour, umami that we can taste through our tongue. When you pair that with smell, you get the herbs and spices. You get the flavor.

After the accident you first returned to baking, later you started cooking even when you couldn’t smell or taste much. What was that like?
It was frustrating. I had learned to taste while cooking. I couldn’t trust the way food tasted to me, I knew it wasn’t the way it tasted to other people. I baked because I could rely on recipes and science. When I tried to cook less based on recipes, I made some truly horrifically bland dishes.

About three months after the accident you got your first whiff of a scent — rosemary. What was that like?
Smelling [the rosemary] was fabulous, it was a surprise. I was chopping herbs for dinner and it just hit me over the head, all the sudden. At first it was hard to recognize and know what it was. It was woodsy and earthy and green and it reminded me of being outside of vacations as a child. It felt like much more than a whiff of scent. [It was] a very moving experience.

Marcel Proust is famous for his memory of madeleines. Your blog is called My Madeleine. Is rosemary your madeleine?
Proust’s madeleine is so famous because it brings him back to a moment of childhood. It brings him back to moment had forgotten. It shows the power of taste. We all have moments and foods like that. Rosemary for me was like that — surprising and lovely at the same time.

Recently I had Chicken Marbella, which I hadn’t had it since I was a very little girl. It just brought me right back. These madeleine moments pop up constantly. It’s hard to say one is “the one.”

When you first started to be able to smell you often couldn’t identify the scents. You went to perfume school in France. What was that process like?
It took me about four years to get to a place in which I didn’t feel like I couldn’t smell what others around me could. But, there was a cognitive disconnect. This is why I went to France and perfume school, so I could relearn how to recognize smell. It’s been a couple of years since started the book and I’m still working on it. I’m almost back to where was.

Do we all smell the same the same scents?
It’s so hard to know. That is such a subjective thing that we really don’t have the ability to describe to others. It seems likely that we all do smell the world in at least a slightly different way. There are documented cases of people smelling differently. [For example] cilantro. Some just love it, others absolutely hate it. People who hate it say it smells like soap. There are scientists who have done studies. Those who hate it, can’t smell the final note, so the only way to perceive it is soapy. Who knows how many small things like it are out there. It’s mostly how our genetics are laid out. It’s totally possible that we all smell the world differently.

Some say that the most distinctive Jewish smells are brisket and latkes. What are Jewish scents for you?
For me, a lot of what you said — my grandmother’s brisket, step mother’s challah. The smoke from candles on Shabbat and Hanukkah. Gefiltefish for sure. My grandmother makes it every year — it fills the house with quite a smell. It will always make me think of Jewish holidays. Jewish scents are very food related. They remind me of my big family eating together during the holidays.

What drives your cooking now? Do you cook more for smell or flavor?
I fell in love with cooking originally because it brings people together. It can transcend boundaries and cultures. From there I became interested in taste and flavor and the science of cooking. Taste and flavor were secondary loves for me. It’s why I cooked even when I couldn’t taste — it was about how I could bring people together and show love with food. I love to feed people, it’s the ultimate form of nourishment.

Do you have a favorite scent?
I’ll always love the smell of rosemary because it was the first one to came back. I love the smell of baking bread, I love lemon and citrus. The most emotionally potent is rosemary and I like garlic sizzling in butter.

What are you working on now and what’s next?
Right now I am working with America’s Test Kitchen — they do Cook’s Illustrated. I’m editing a cookbook for them. I have a million ideas about what I want to do next, I think time will tell.

Q&A: Molly Birnbaum on the Power of Scent